Sometimes people come along in farming who make a real difference and leave a lasting legacy – these are the great people and, in association with Browns of Wem, we want to discover who The Greatest Farming Figure has been in the last 75 years. We’ve outlined a few possibilities below – but we’d like to know what you think 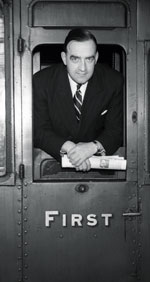 James Turner was a big man physically and academically.

His first involvement with the NFU was in 1932 when he became secretary of the Worksop Branch. He became national president in 1945 – a position he held for 15 years, making him the longest serving president in the union’s history.

In 1945 food rationing, introduced during the Second World War, was still in force and would last another 10 years as Britain rebuilt its economy. Increasing domestic food production was top of the post-war government’s agenda and, as NFU president, James Turner was in a powerful position.

He led a small team that negotiated the 1947 Agriculture Act with Labour agriculture minister Tom Williams. Its objective was “to promote a stable and efficient industry capable of producing such part of the nation’s food as in the national interest it is desirable to produce in the UK”.

Production increased rapidly and farmers enjoyed security of income through a system of annually reviewed guaranteed prices which lasted for 25 years, until Britain joined the Common Market.

Turner, knighted in 1949 and made a peer in 1959, could master any brief and negotiate it with authority.

Some critics claimed Turner, who died in 1980, was undemocratic. Indeed he was, without doubt, a benign dictator. But his detractors would concede that his presidency was British farming’s finest hour.

Lady Eve Balfour was a visionary. A farming pioneer, she was a founding figure in the organic movement.

She was born in 1899 and was one of the first women to study agriculture at university, graduating from the University of Reading. Her farming career began in Suffolk after she graduated in 1920.

Almost immediately she began to question farming methods of the day. In 1939 she launched the Haughley Experiment, a scientific comparison of organic and chemical-based farming.

Ten years later she published her findings in a book called The Living Soil, arguably the most significant publication agriculture has ever known. It struck a chord with a great many farmers and within three years Lady Eve co-founded the Soil Association. Since that time the association has built on Lady Eve’s vision, promoting, lobbying and publicising organic farming and food and creating a multi-billion pound industry.

Her vision of 60 years ago changed the way the public perceives agriculture and the way we farm today.

Tom Williams was probably the most popular agriculture minister British farmers have ever had.

He was agriculture minister from 1945 to 1951, a period encompassing the 1947 Agriculture Act – legislation which encouraged farmers to produce more food and rewarded them with high prices for decades to come.

Born in Derbyshire, he grew up in Yorkshire, then became involved in trade unionism and local politics, before entering parliament in 1922 as MP for Don Valley.

In Churchill’s wartime government, Williams had served as parliamentary secretary before being promoted to the top job by post-war Labour Prime Minister Clement Attlee.

Determined that the country would never again face the threat of starvation seen during the war, the Agriculture Act enshrined a system of deficiency payments and guaranteed prices of the kind that could only be dreamed of today.

Each year, farm leaders and Ministry of Agriculture officials would meet for the annual price review and decide on the guaranteed prices needed to achieve the government’s ambitious production targets.

This underpinned farm incomes, giving farmers the security needed to invest in their businesses.

The Act transformed farmers’ fortunes for years to come, remaining the cornerstone of agricultural policy until Britain joined the Common Market in 1973. 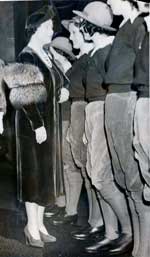 The Queen Mother was a quiet and consistent advocate of agriculture.

She helped instil a passion for agriculture in her grandson, Charles – but, while his views have polarised opinion and caused controversy, hers brought unity.

She loved the countryside and was a keen sportswoman. She was fishing into her 80s and was an enthusiastic horseracing fan.

The Queen Mother was admitted an Honorary Freeman of the Worshipful Company of Butchers in 1976, maintaining a bond with the monarchy that dated back centuries.

Possibly the most popular member of the Royal Family, she did a great deal for farming prior to her death in 2002. 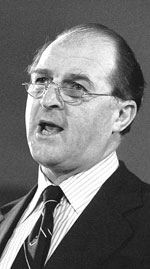 One man deserves this accolade – Henry Plumb. Well into his 80s now, his career has seen him combine a life in farming with high-profile public roles, among them spells leading the NFU and the European Parliament.

He’s worked tirelessly for farmers and farming, equally at ease among top politicians and world leaders as local farmers in his beloved home county of Warwickshire.

He’s been involved with countless organisations – he was president of the National Federation of Young Farmers Clubs for 10 years and is currently president of the Royal Agricultural Benevolent Institution.

One of his greatest assets is his ability to see the bigger picture and contextualise: People were so keen to listen to his views during the 2001 foot-and-mouth outbreak, precisely because he’d been a member of the committee of enquiry into foot-and-mouth disease in 1967. He’s even found time to write a book, The Plumb Line: A Journey through Agriculture and Politics.

Staunchly pro-European, he’s been a reliable and tireless champion for agriculture in the House of Lords since being made a life peer in 1987.

In an age where cynicism about our politicans is rife, Henry Plumb remains one respected for his integrity. He’s often referred to in the Lords as “Mr Agriculture”. And that says it all really.

“Thirty million people all living on an island where we produce enough food for, say, fifteen million, is a spectacle of majesty and insecurity this country can ill afford.” Winston Churchill said this in 1953.

As well as being one of Britain’s greatest leaders, Churchill is the greatest champion our industry has ever had. He understood and practised farming, and he identified how vital a consistent food supply was to a nation state.

In 1929, long before the war when he was Chancellor of the Exchequer, he relieved farmland of rates. This was a huge bonus for an industry that at the time, during the depression, was on its knees.

The war brought even more pressure to bear on the nation’s farmers and, as leader, Churchill did all he could to support those growing food, who had before the conflict been somewhat overlooked.

Despite no longer being in office when the 1947 Agriculture Act was introduced, the policies his wartime government drove forward during the conflict – and the realisation of what could be achieved by the nation’s farms – laid the foundation for what was to become one of the most important pieces of agricultural legislation in recent history.

John Cherrington was a towering figure in every sense.

Before starting to farm in his own right in Hampshire in the 1930s he cut his teeth working as a young man on farms in New Zealand and South America. The “dog and stick” techniques he learned there proved to be ideal training for farming in Hampshire between the wars.

Never a man afraid to try out new techniques, he became a pioneer of low-cost dairying and extensive arable farming. But most of all, Cherrington was a witty, independent writer and broadcaster about farming matters over a 40-year career.

His relaxed style disguised a brilliant analytical mind which cut through the smokescreen of spin and nonsense that has always swirled around our industry.

I disagreed with him on many issues – he was against all farming subsidies and opposed to the CAP and the EU. But, frankly, who cared? What prose, what intelligence, what deadly ironic wit. His two autobiographies, On the Smell of an Oily Rag and Lifting My Nose From The Grindstone, are perhaps only adequate. His greatness lay in his broadcasts for the BBC and in his columns in the Financial Times and the farming press. He died in 1988.

A farming God – mere mortals who would try their hand at agricultural punditry can only hope to be measured by the standards he set.

Other possible contenders for the Greatest Farming Innovation 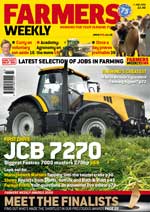 Do you agree or disagree with our suggestions for who should win the accolade The Great Farming Figure – or, better still, do you have additional ideas of your own? Tell us what you (ideally giving us a few words explaining your choice). Post your suggestions on our website forums or email to tell us at fwfarmlife@rbi.co.uk.

As well as The Greatest Farming Figure, we’ll be looking for your suggestions in five other categories in this series.

With your help, we’ll be establishing what is The Greatest Farming Innovation, Machine, Decade, View and Cock-up.

Keep an eye on the magazine and the website over coming weeks to see how you can get involved. We’ll be drawing up a shortlist from all the suggestions and then giving you the chance to vote.

>>More on The Greatest… series>>