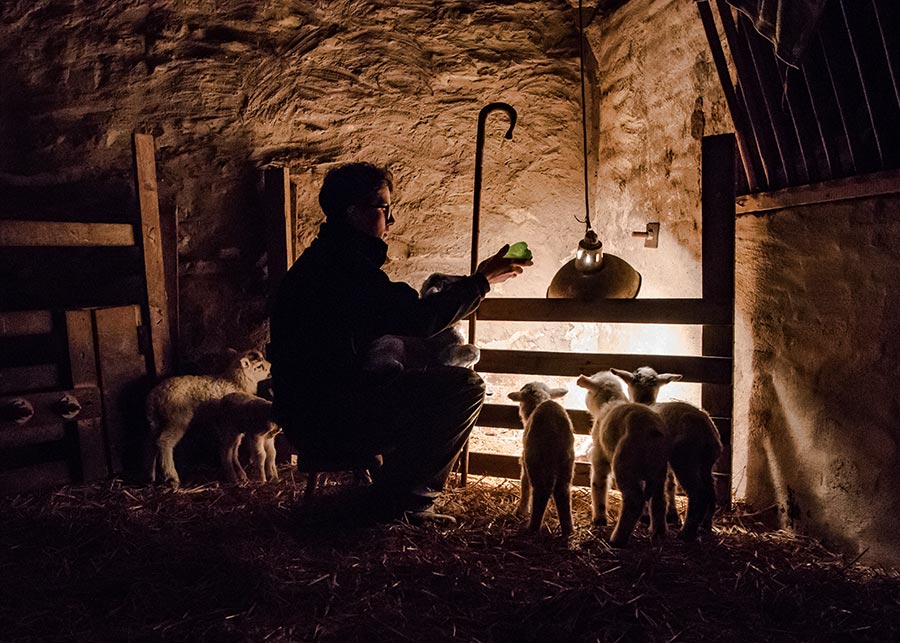 A Cumbrian hill farmer has won a national photography award with an image highlighting the care and dedication that goes into looking after sheep at lambing time.

Her winning picture was a self portrait – taken as she fed poorly newborn lambs by the light of a heat lamp in a shed on the farm.

With a prize fund worth £15,000, the awards showcase contemporary and imaginative images that capture the essence and spirit of British life.

Having won the rural category, Mrs Bateman fought off stiff competition to be named overall British Life Photographer of the Year.

“I am absolutely thrilled to have won this competition – it’s an incredible honour knowing the strength of photographic passion and talent in our country,” she said.

“I am particularly heartened to have won with a picture portraying rural life.”

“This is my life, and my passion. Being a photographer living on a farm, I am witness to light, conditions and images that bring so much pleasure to my life and I am overjoyed they do the same for others.”

Describing how she took the photo, she explained: “Using a tripod and timer, I set about on my mission during the last feed of the day before bed. The lambs, thankfully, were more interested in being fed than my camera.

“The light from the heat lamp casts a gentle glow over my small flock, the rustle of straw as the healthier lambs gamble around and the smell of the milk substitute being fed by hand provides an all-consuming experience which I was keen to portray in a picture.”

Mrs Bateman said she had always enjoyed taking pictures, but became more interested in photography in 2015 after attending an evening class at the Brewery Arts Centre, Kendal.

She has since undertaken a number of successful commissions and won a number of accolades – seeing her pictures printed in the Guardian and the Times newspapers.