An international development charity started by UK farmers has launched a £1.2m fundraising campaign to help mothers in rural Africa to grow enough food to feed themselves and their children.

The Mother & Child appeal is Send a Cow’s most ambitious campaign yet and aims to raise enough money to support thousands of mothers who rely on farming to provide for their families.

Working with smallholder farmers for up to five years, it provides practical knowledge, support and training in sustainable farming techniques.

The campaign, which has the backing of the UK government who has agreed to match all donations made until 31 December, will include a new three-year project in the Busia and Bungoma counties of western Kenya, focusing on supporting mothers and women of child-bearing age who are particularly vulnerable in terms of nutrition.

“The majority of people in the region rely on agriculture, but face a plethora of challenges,” explains Send a Cow programme manager Alfred Juma.

“Across most of the region, rains are bimodal. However, the effects of climate change are increasingly being felt.

“At times, the rains have been much shorter than expected with crops drying up before maturity and, at other times, rains have been unusually heavy leading to flooding and water-logging, destroying crops.

“The most commonly grown crops are maize and sorghum, but continuous cropping has depleted the soils and contributed to poor yields. 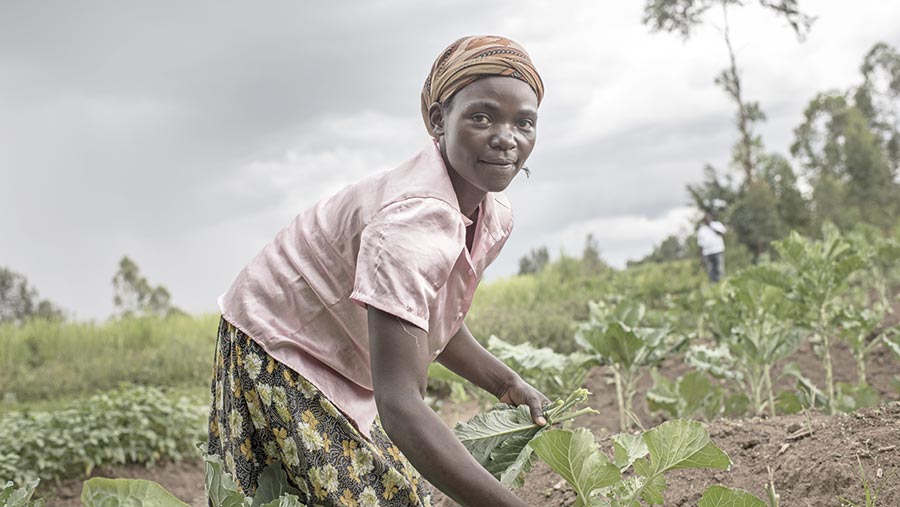 “A range of livestock including meat cattle, chickens and ducks are also commonly reared. However, over the years, lack of control on breeding and genetics, poor feeding, husbandry and disease control measures have narrowed the gene pool, producing livestock with small body sizes, low milk production and productivity.”

The charity aims to address many of these issues by providing comprehensive training in sustainable farming techniques alongside training in gender equity, business skills and hygiene.

Over the course of the project, farmers will be educated on farm planning, water and soil conservation techniques, agroforestry, soil fertility and soil erosion control, helping farmers to combat the effects of climate change and soil depletion.

Farmers will also receive training on breeding, animal husbandry, nutrition and welfare, as well as being given access to high-quality artificial insemination service providers in an effort to improve animal welfare, production and quality.

“With smallholders in Kenya owning an average of just one acre, farmers must use their land wisely and as productively as possible. There is little space to waste – and the farmers we work with often have no other source of income, relying on their small plots of land to provide enough food and money for their family.

“That’s why we train people in organic farming methods such as intercropping, composting, tree planting and mulching – helping to ensure that they can make the best use of their land while conserving their local environment,” explains Alfred. 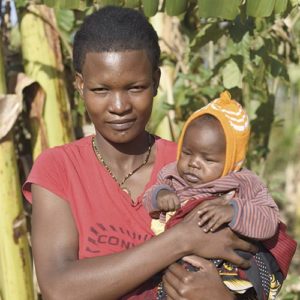 One of the women that Send a Cow hopes to work within the new project is 22-year-old Mercy. Mercy cares for her two young children, her siblings and her mother who recently lost both of her hands in a house fire.

All six of them live in a basic mud hut and rely almost entirely on their small unproductive piece of land. School is a luxury they cannot afford – as is food.

Unlike the UK, women make up 75% of the agricultural workforce in Kenya while also being the main care provider for their children.

Despite their vital role in society and in the production of food, women lack the same access to knowledge, resources and land ownership as men, leaving many women farmers struggling to feed their families. One in three children is stunted in sub-Saharan Africa.

Mercy’s family is no exception when it comes to food. The family often skips meals and go to bed hungry. It’s dangerous for the whole family, but particularly for her children who are aged just four years and 18 months.

“Most of the time we have to work on sugarcane plantations to get our daily bread,” she says. “Sometimes I have to borrow money from people to take one of my family members to hospital, then I repay by working on their farms.”

Despite the challenges, Send a Cow staff are confident that situations like Mercy’s can change. Not far from where Mercy lives, the charity has just finished a similar three-year project and results are hugely encouraging.

Before working with Send a Cow, families reported being hungry for four months of the year; this was reduced dramatically to just two weeks a year by the end of the project.

Diets also improved, with farmers diversifying their foodstuff consumption. Families consuming vegetables on a weekly basis rose from 55% to 93% while the consumption of tubers and roots increased from 57% to 99%.

One of the women who benefitted from the project is 30-year-old Ruth Machuma Ndunde.

Like many women in the region, she married young and soon became a mother. Uneducated, she and her husband struggled to find work. Their children were often in and out of hospital due to malnutrition.

They began working with Send a Cow in 2013 and turned their attention to farming their small plot of land. They received comprehensive training in sustainable farming methods, business skills, hygiene and gender equality.

In just a few months, they were growing enough vegetables to feed their families and the couple later received an in-calf dairy cow from the charity. The cow produces between 10 and 16 litres of milk a day, enough for the family to drink and sell at the local market.

Today, Ruth and her husband are doing well – their children have a varied and nutritious diet and are attending school. “That today my kids look this healthy is God’s miracle,” says Ruth.

With money from their farm, they’ve improved their home, installed electricity and Ruth’s husband has returned to school to complete his studies.

Paul Stuart, Send a Cow’s chief executive, says: “We all know that a healthy diet is important, but it’s even more critical in the first 1,000 days of a child’s life.

“Contrary to popular belief, there is enough food in the world, and mothers should not be in the position where they have to watch their children suffer from malnutrition.

“Every mother wants the best for her child. Together, we can achieve this. It’s not too late for Mercy. Our new project will give her the training, skills and resources she needs to give her children the best start in life.

“And we’re delighted to have support from the UK government who have agreed to double donations made to the appeal before the 31 December.

“It’s a huge boost which will help people’s kind donations go even further and enable us to support even more women in east Africa.”

Donate to the Mother & Child Appeal before 31 December and have your donation doubled by the UK government. Find out more about the Send a Cow Mother & Child appeal on the charity’s website.

About Send a Cow

Send a Cow was founded in 1988 by a small group of West Country dairy farmers.

Outraged at EU milk quotas, which were forcing them to slaughter healthy dairy cows, and in response to an appeal from Uganda for milk, they embarked on a project, which was set to become an innovative and practical charity.

Uganda was just emerging from a long civil war, communities and their farmland had been destroyed and much of the country’s livestock wiped out.

Several of the UK farmers flew to Africa to investigate how they could help.

Meeting with Ugandan farmers, the Bishop of Mukono, and a livestock expert, they saw how smallholder dairy farming in Africa could work.

People there were unable to feed themselves and milk would provide an instant source of nutrition.

They returned to the UK determined to help, and sent cows from their own herds to Uganda. Send a Cow was born.

Today, the charity works in seven countries in east Africa and has worked with more than 1.3 million smallholder farmers to transform their lives.

They no longer put cows on planes – instead they provide comprehensive training in farming, gender equality, business skills and hygiene alongside seeds, tools and locally sourced livestock – including cows.