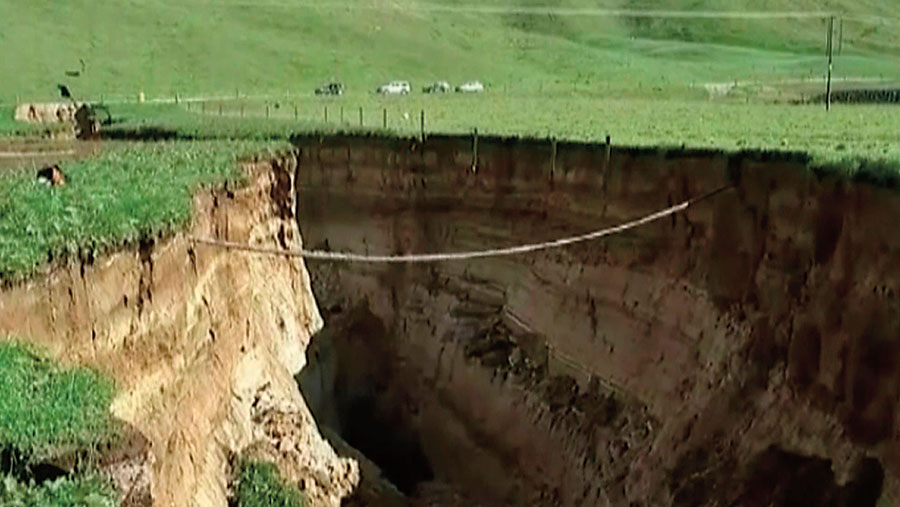 A huge sinkhole the length of two football pitches and the depth of a six-storey building has appeared on a New Zealand farm.

A farmer discovered the 200m-long and 20m-deep chasm when he was rounding up cows for milking.

It appeared on land near the North Island town of Rotorua, triggered by several days of heavy rain, and experts believe it could be the biggest ever seen in the country.

Colin Tremain, the farm manager, said the area often develops sinkholes, due to degrading limestone rock beneath the ground’s surface, but never of this size.

Mr Tremain said: “We’ll keep it fenced off as it is to keep stock out, although stock aren’t stupid – they’re not going to walk into a hole. They can spot danger.”

GNS Science volcanologist Brad Scott told New Zealand news service Newshub the sinkhole was three times larger than any he has seen before.

He said it is likely the hole had been forming unnoticed for up to 100 years.

Mr Scott told TV New Zealand that at the bottom of the hole he could see “the original 60,000-year-old volcanic deposit that came out of this crater”.