Jeremy Clarkson has been filmed buying his first sheep before the launch of a new television series about his passion for farming.

The former Top Gear presenter delighted farmers when he made a surprise appearance at the Shearwell Thame Summer Sheep Fair on Friday (2 August). 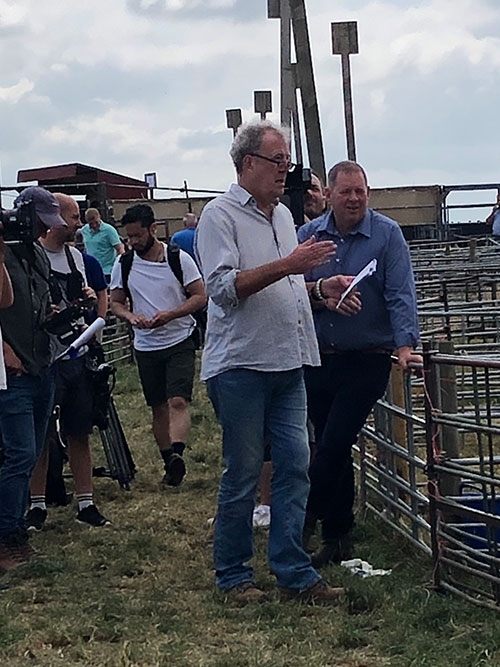 He lives on a 400ha farm in Chipping Norton, Oxfordshire, where he grows wheat, barley and oilseed rape. But Mr Clarkson is seeking to add some sheep to his farming operation.

A spokeswoman for the North of England Mule Sheep Association (Nemsa) said it received three phone calls in the fortnight leading up to the sheep sale in Oxfordshire from a TV production company seeking information about a new starter to sheep farming.

Mr Clarkson cut a relaxed figure as he ambled around the Thame Showground, chatting with farmers and shaking people’s hands.

“He walked around the sheep pens and spoke to everybody. He put his hands out and shook people’s hands,” said the spokeswoman.

“He was having such banter with the people around the ring. He was not blasé like so many celebrities.”

Mr Clarkson is said to have had a good knowledge of what he was doing or, at the very least, he had been well advised.

A number of different pens had been shortlisted for him to choose sheep from and he had a look at them all before making his buying decisions. 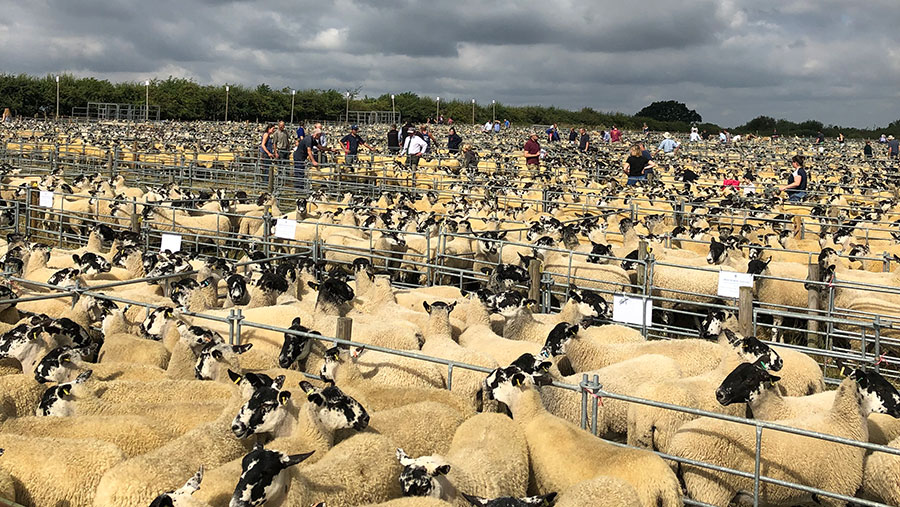 The sheep will be going back to their owners before being introduced on Mr Clarkson’s farm later this autumn.

Nemsa says North of England Mules are an ideal ewe for somebody just starting out in sheep farming. “They are easy to work with and they are such good mothers,” said the spokeswoman.

At the sheep fair, Mr Clarkson also had a look at the machinery section and he showed a particular interest in sheep handling equipment. He later posted pictures about his day on social media.

Bought these cows today for the farm

The TV producers told Nemsa that Mr Clarkson’s farm had to be profitable and the new series would “have a serious underlying theme, but would include funny and entertaining bits”.

She added: “The farming industry has been under attack from vegans and people like Chris Packham of late. The BBC is biased and never gives British agriculture a good review.

“Jeremy Clarkson, however, is a great ambassador for farming. He is his own man with own views. Farmers love him and everybody wanted to chat to him.”