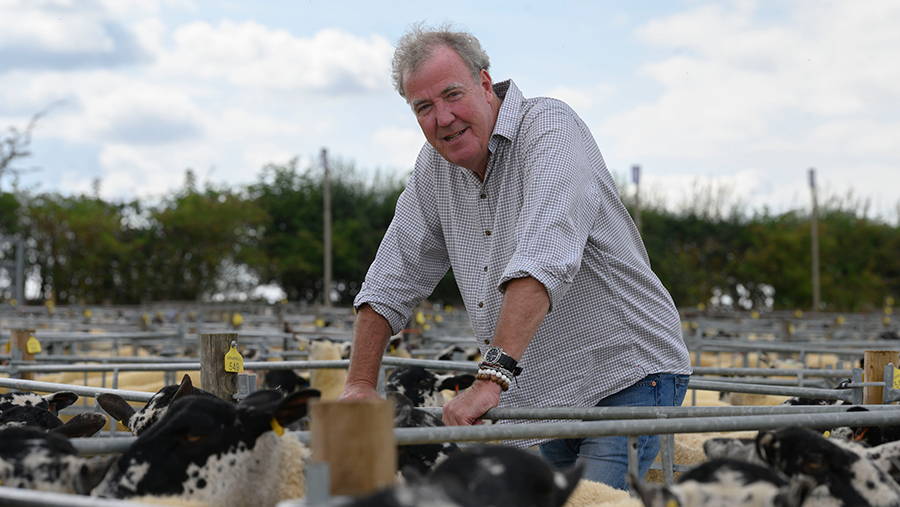 From cars to crops, Jeremy Clarkson has launched his new farming TV show with a quirky video on his Twitter account.

Amazon Prime has confirmed an eight-part series called I Bought The Farm, which follows the Grand Tour presenter as attempts to run his own 404ha (1,000-acre) working farm in Oxfordshire, is in production.

Beginning this autumn and filmed over the course of one farming year, the video series will observe the highs and lows of what Mr Clarkson hopes will be a rural idyll – but could just as easily become a rustic nightmare. A release date has yet to be confirmed.

See also: Jeremy Clarkson on his own farm, red tape, sheep and sheds

Mr Clarkson, a self-confessed “inept townie” with zero agricultural knowledge will, along with some help, try to set up a viable working farm in modern-day rural Britain.

Announcing the project on his Twitter account (@JeremyClarkson) joked: “Everything is going wrong. I don’t know how farmers don’t all have coronaries.”

Everything is going wrong. I don’t know how farmers don’t all have coronaries. https://t.co/2GGfyWLhuF

In the video, Mr Clarkson looked a bit sheepish as he told his 7.2m followers what to expect. “Good news, I can finally confirm that I will be spending the next year in the rain making a show about farming for Amazon Prime,” he said.

“That means people all over the world can watch me use 1,000 acres of the Cotswolds to make thousands of tonnes of beer, and bread, and lamb chops, and jumpers.

He added: “Of course to be a farmer you have to be an agronomist, a businessman, a politician, an accountant, a vet and a mechanic, and I am none of those things.

“I don’t even know what agronomist means.”

During the course of this year, Mr Clarkson has been teasing his followers on social media with photos and videos documenting his first year in farming.

This season, his fields were infested with blackgrass and his oilseed rape was damaged by flea beetle. His grain became contaminated with gravel when he tried to store it on an old airfield.

And when he tried to take some of his land out of stewardship and put it into production, civil servants refused him permission.

In August, Mr Clarkson delighted farmers when he made a surprise appearance at the Shearwell Thame Summer Sheep Fair in Oxfordshire where he bought his first sheep.

Georgia Brown, director of European originals at Amazon Studios, said: “Jeremy is one of Britain’s finest exports and I think I speak for the entire nation when I say I can’t wait to see what will happen when he turns his usually petrol-covered hands to life on a working farm.

“We’re excited to bring this latest UK produced Amazon Original series to Prime Video viewers around the world next year. Wishing you lots of luck Jeremy… what could possibly go wrong?”