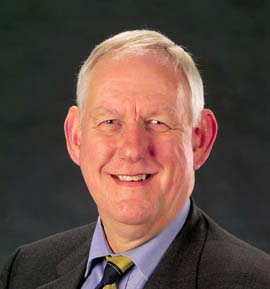 The NFU has welcomed the appointment of John Godfrey as the new chairman of the Agriculture and Horticulture Development Board.

Mr Godfrey farms a large arable and pig unit in Humberside and has previously held the post of director of the British Pig Executive. He was instrumental in forming the National Pig Association and was the body’s first chairman.

NFU president Peter Kendall said: “I am pleased to see the appointment of John Godfrey – a farmer and himself a levy-payer – to be in charge of AHBD. I believe the new chairman will need to be resolute in driving forward a culture of delivery for the AHDB.

“It needs to show farmers that it is an organisation that is effective and efficient. One that listens to and acts on the demands of its levy payers.

“The AHDB has to take the lead in addressing a number of the core issues for the industry, not least research and development, as well as helping farmers and growers to respond to some of the wider societal and environmental concerns,” Mr Kendall said.

“Above all, farmers want to see value for money from their contributions.”