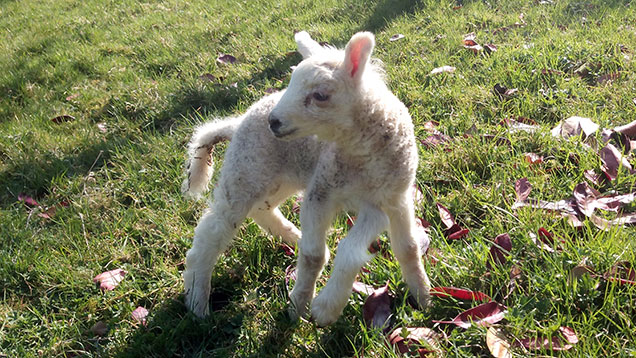 A five-legged lamb, born on a farm in mid-Wales, has defied expectations and is thriving despite his unusual conformation.

Bethan Davies who farms at Rhiwlas Farm, Llanwddyn, Powys, was shocked when Jake the lamb was born last Thursday (16 April).

“We rang the vet and they said it was very unusual and it would probably not survive. But he has and we’ve been watching him and he seems very happy,” Mrs Davies said.

Mrs Davies explained the Beltex cross North Country mule lamb had to be pulled from the ewe which was confusing for the shepherd, because of the extra leg.

“To look at him from the back and side he looks normal. The extra leg is on the front at the left side. It is boned and jointed and feels like a normal leg,” she added.

Mrs Davies said the family would consider keeping Jake as a pet. He is already becoming a bit of a celebrity having featured on both the BBC’s and The Telegraph’s websites.