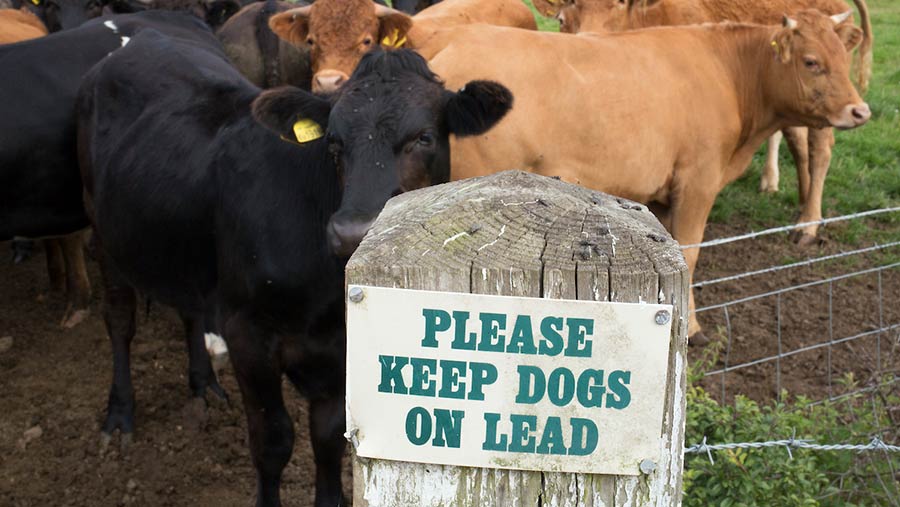 Reports of dogs worrying and injuring livestock are widespread, so it’s important farmers and landowners know how to react if confronted by this difficult situation.

But your legal position if you encounter someone else’s dog(s) on your land is a grey area, particularly when it results in the dog being injured or killed.

The rights of farmers or landowners to take action are limited, and only extend to the use of legitimate and reasonable means.

Thrings solicitor Robert James considers some of the key legal points and assesses what they mean in practice.

(a) there are no reasonable means of preventing the worrying (or the dog has been worrying livestock);

(b) the dog has not left the vicinity;

(c) the dog is not under an individual’s control; and

(d) There are no practicable means of ascertaining its owner. What constitutes the necessary practical steps will depend on the circumstances, but it could extend to trying to ascertain whether anybody in the immediate vicinity is the owner, and who would have the ability to bring the dog back under control.

The best way to avoid the potential adverse consequences of dogs trespassing on a farmer’s land is to prevent it from happening in the first place. There are several practical steps farmers can take to prevent a situation like this arising, including: