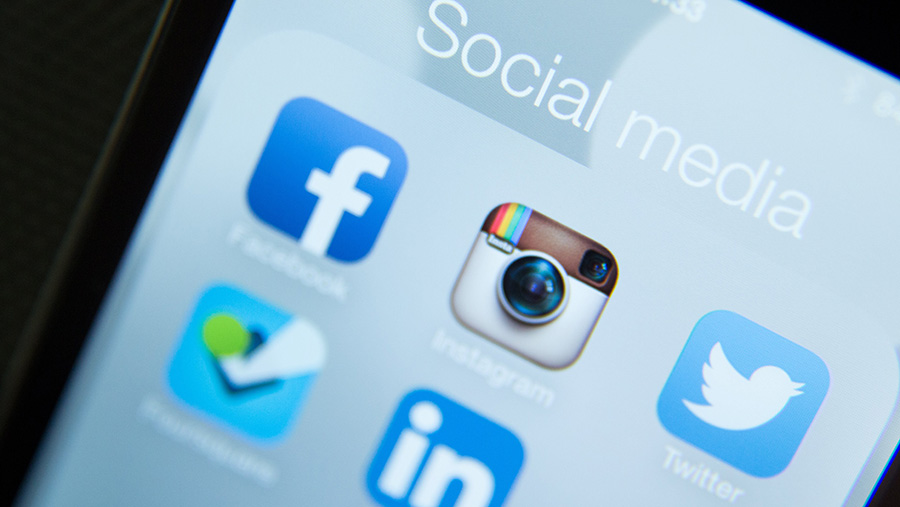 Farming continues to have a problem with its public image, with numerous organisations putting the industry down for its environmental and animal welfare record.

Recent examples include the Viva! campaign against modern dairy production and Friends of the Earth’s campaigning against glyphosate.

But farmers are fighting back and are increasingly turning to social media to set the record straight.

The rise in popularity of these digital platforms means they have large audiences with whom farmers can have direct conversations.

One example of this in action was the NFU’s campaign, which used social media to explain the facts behind the controversial weedkiller.

Farmers were encouraged to use the hashtag #glyphosateisvital to disseminate photos, videos, infographics and written statements about the safety and usefulness of the product on their farms, in an attempt to avoid the imposition of an EU-wide ban.

“It is important for the industry to have that voice, otherwise mistruths can spread,” says Simon Haley of social media consultancy Social Jungle. “If there’s a vacuum and lack of information on a subject, then others will step in and tailor the facts to their agenda.”

Having a good social media strategy is essential. The average social media user in the UK will spend nearly two-and-a-half hours a day online, which is a lot of time wasted if you are not clear on how or why to engage.

The digital sphere is a great way of showing the reality of farming, especially on topics such as fly-tipping, sheep worrying or sky lanterns.

“The reality needs to be shown. But make sure you know what type of social media followers you have [age, demographic, location, sector] and then use the platforms to its strengths.

“Most platforms are more than 10 years old, so they are quite intuitive. Find the right balance between adding value to your personal brand and influencing the attitude of your followers, and this is the path to social media success.”

Simon Haley is co-owner of Social Jungle, a social media consultancy and training company specialising in the food, farming and rural business sectors.

Her “YorkshireShepherdess” account (@AmandaOwen8) is one of the most popular farming biographies on Twitter and it has attracted more than 37,500 followers.

She and husband Clive have nine children and together they farm more than 700 Swaledale sheep and 20 Beef Shorthorn across 810ha at Ravenseat Farm, near Keld, Richmond.

Mrs Owen describes herself as a farmer, mother, teamaker and writer, “in no particular order”. She is commonly known in the Twittersphere as the “tweeting shepherdess”. 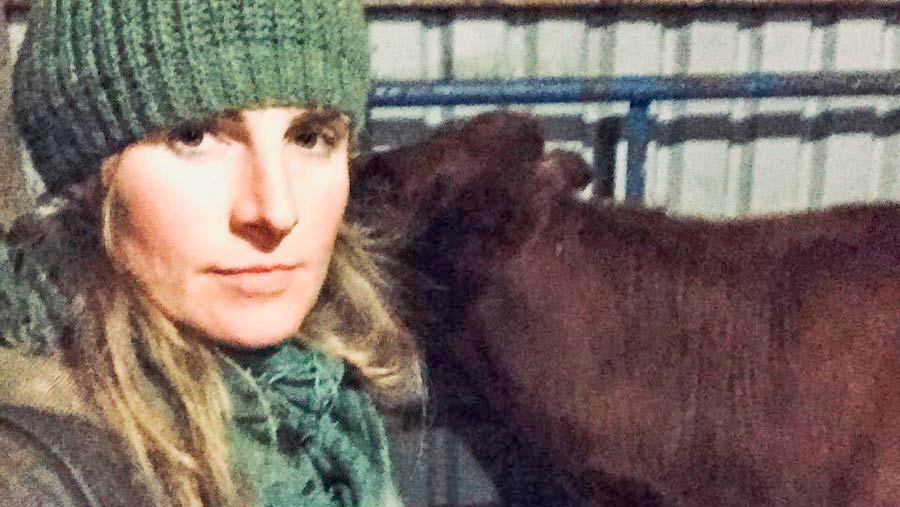 Despite her busy lifestyle, she somehow finds time to post dozens of spectacular photos on Twitter to document all aspects of the farming year and the challenges they face on one of the most isolated farms in England.

Mrs Owen launched her Twitter account in 2012 and since then she has posted more than 21,000 tweets. Her fantastic photos of life on a hill farm regularly gain thousands of retweets and “favourites”.

“I came to Twitter very much accidentally, but soon realised there was genuine interest in what goes on behind the scenes,” she says.

“Putting a face to family farming, showing the human aspect of the industry and maybe helping people to translate what they can see out of the car window is what I aim to do.”

“Social media is a great way to educate people and also a fantastic way to learn yourself, about your consumers.”

Instagram is a photo-based social media platform that has enjoyed a huge surge in popularity over the past five years, with about 500 million people using it on a daily basis.

It is especially popular with younger age groups – about 70% of Farmers Weekly’s Instagram followers are aged between 18 and 34.

Welsh farmer Tom Parry, who is 23 years old, farms sheep, beef cattle and pullets in the Brecon Beacons and started using Instagram about three years ago.

He says this platform has the potential to do the most to promote British farming because photos are shared publicly and the use of hashtags to find photos with a common theme means users don’t have to follow others to discover and engage with their posts. 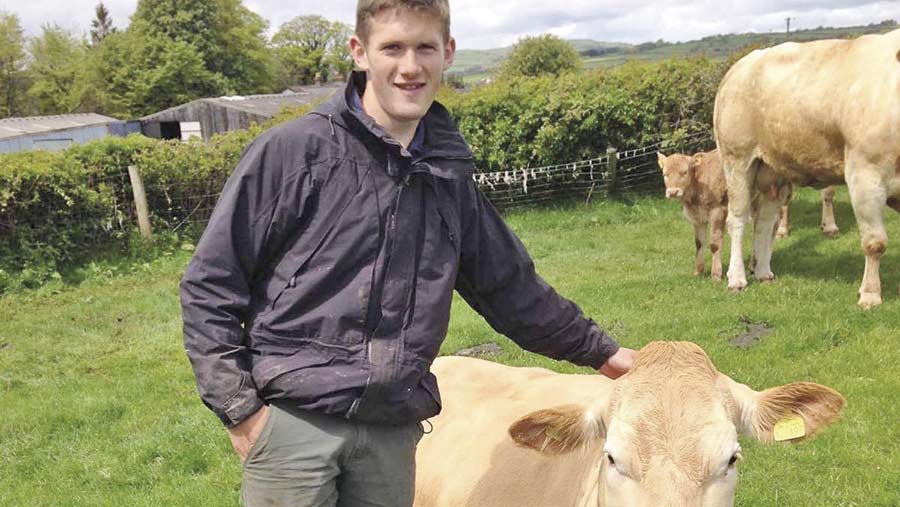 Mr Parry also thinks photo sharing is a great way to promote the best of British agriculture, as it’s more visual than a 140-character tweet, although it does revolve around good-looking images.

“That can paint a rather glamorous picture of farming, but the public are engaging with it. I would always rather look at photos than a load of people’s statuses about their lives.”

Mr Parry has people who follow him from all over the world because his photos get them interested in UK farming. He has even sold a ram lamb to a farmer in north Wales who saw his Instagram posts and got in touch.

As with all social media platforms, posts are open to the anti-farming lobby, but Mr Parry says the overwhelming reception from people is positive.

A series of live lambing videos have turned family farmers from Barnsley into an internet sensation.

Roger Nicholson and sons David and Robert had a fan base of more than 5,000 people tuning into their Facebook Live lambing coverage at Cannon Hall Farm in January and February.

The Nicholsons, who were shortlisted for the Farmers Weekly 2017 Diversification Farmer of the Year award, have adopted Facebook Live to promote a general understanding of farming to the public, as well as their farm shop and farm park – one of the biggest adventure playgrounds in the North.

Their live broadcasts educate viewers about life on the farm – for example, when 300 ewes were due to lamb in February. 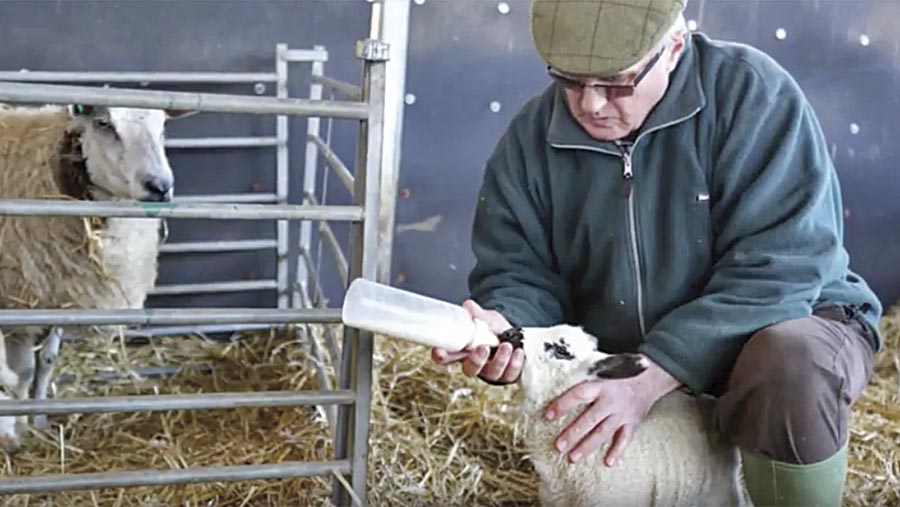 They have also captured a live lamb birth, a lamb that was successfully fostered onto a new mum that lost her baby, and triplets less than a week old being bottle-fed by Roger.

Ways to get in touch