Celebrity baker Mary Berry ditched her wooden spoon for a crook to do a spot of shepherding on Sunday (24 September).

While she put in a good effort we think her technique might need some work.

The former star judge of The Great British Bake Off was asked by organisers of the annual Great Sheep Drive to start the event, a 12th-century tradition which marks the freemen of the city’s right to drive the animals over London Bridge. 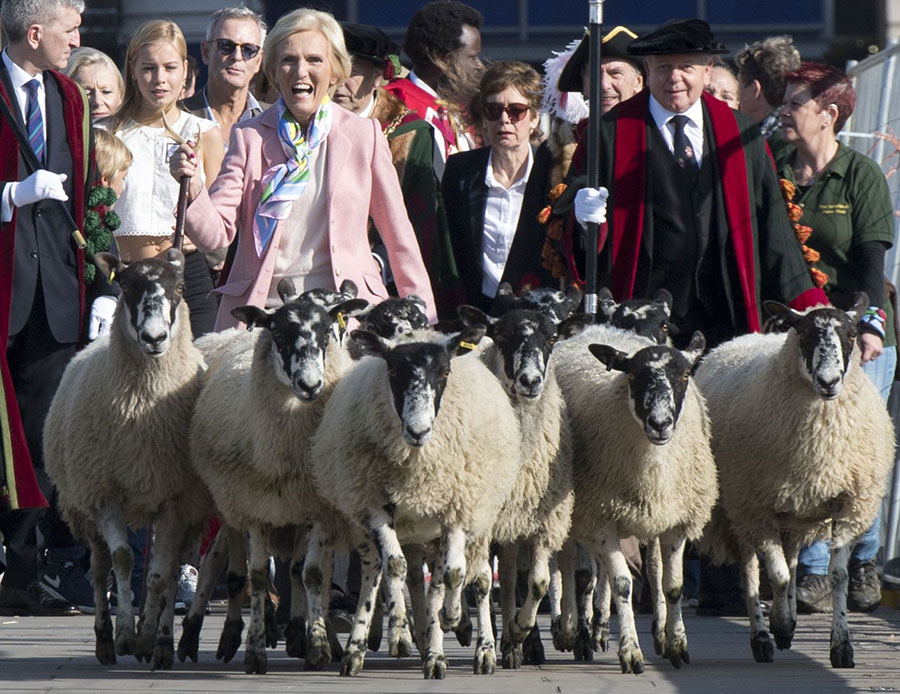 The event involves hundreds of people taking turns to move two small flocks of 10 sheep back and forth over the Thames and Mary had some interesting facial expressions when it was her go.

Despite at times pulling some awkward faces at the sheep, the national treasure got her 10 woolly friends safely over London Bridge and said afterwards they were “exceedingly well-behaved”. 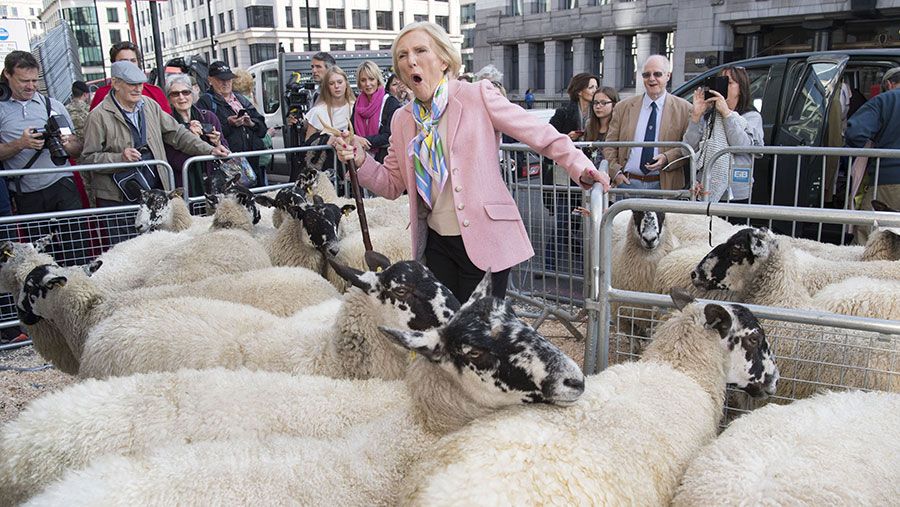 She pointed out that many people are at the event would not have seen sheep before, unless they counted their roast lamb on a Sunday.

As part of the annual Wool Fair, the drive is run by the Worshipful Company of Woolmen with the aim of throwing a spotlight on the British lamb and wool industry.

Watch the video below of Mary Berry trying her hand at shepherding.