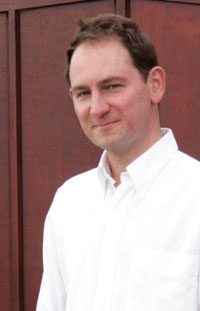 I’ve been calculating our potato seed rates for the coming season. I’m not normally so conscientious; I just wanted an office job on a cold day.

My father and grandfather used gut feeling to determine potato seed spacing. “About a foot apart, boy,” was the general basis.

On our office wall we have several awards that my great grandfather won for potato growing in the 1920s. Unlike me, he didn’t have the benefit of a calculator or the Potato Council’s seed-spacing matrix, so presumably he planted them a foot apart, too.

When Dad saw me counting tubers into buckets and writing on a clipboard he said: “I hope that tells you that they want to be a foot apart.”

I explained patiently that I was going to use precision for a change and make calculations based on the latest research, not some mediaeval folklore.

“Acre? Hundred weight?” I started my little rant. “This is a cutting edge, 21st century food business here, not a Victorian farm re-enactment for BBC2. GPS doesn’t do rod, pole and perch. Streuth, you’d have us wearing smocks and drinking cider at lunchtime if you had your way.”

“Whatever,” said Dad who, for someone with such arcane views on potato plant populations, has a curious love of teenage patois.

Obviously it took a while to count how many tubers there were in all the 50kg samples from each seed stock. An hour later I was heading desk-ward with purpose, a coffee pot and a sheet of fresh and steaming data. Dad can smell a coffee break at distances of up to half a mile so he wasn’t far behind me.

I simplified matters by entering the Potato Council’s formulas into a spreadsheet. It looked like a scene from Bletchley Park. The findings were of equal importance to the Enigma code: a point of principle being involved on this occasion as well.

In our circumstances, and with our data, the Potato Council’s recommendations suggested that we should aim for a target population of 44,000 plants per ha. My assessment of our 40-45mm seed sample gave a count of 1185 tubers per 50kg. Goodness knows why the figure of 50kg is assumed, it’s not as if there’s a useful word to describe such a random unit. Anyhow, I followed the rules and then factored the figure down to reveal an average individual tuber weight of 42.2g.

“This means we need 1852 kilos per hectare,” I explained to Dad.

“What’s that in English?” asked Dad.

Naturally, I changed the subject and started calculating the seed spacing using the same seed guide’s formula of 100,000 divided by the seed plant density (thousand per ha) multiplied by the row width in cms.

“Affirmative,” I finally had to concur. “I have scientifically verified the validity of the artisan methods of our forebears and can approve them for another generation of use.”