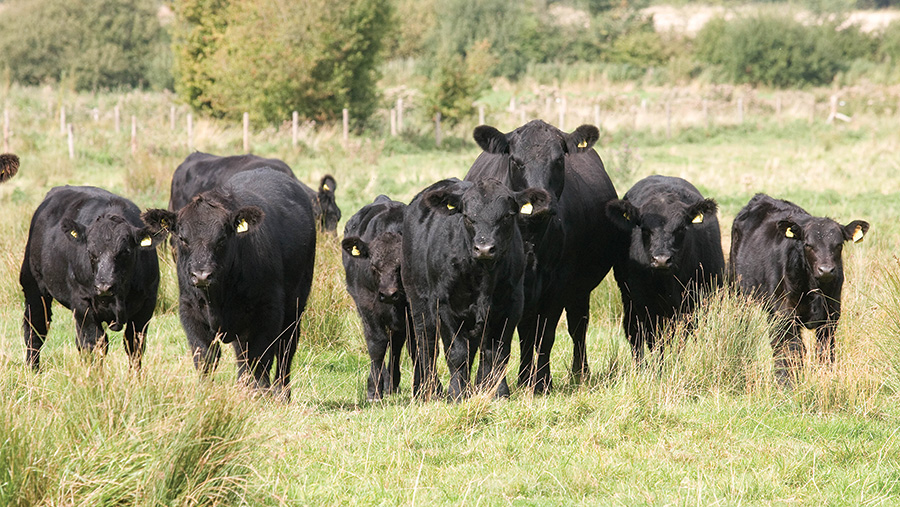 ‘Meat how meat used to taste’ – that’s one description that’s commonly used about pasture-fed beef. Tim Relf meets with – and eats with – some self-confessed evangelists of the system.

You’d be forgiven for thinking, if you heard such terminology, that you’d stumbled into a wine tasting.

Actually, the occasion is a get-together of farmers, foodies and butchers who are on a mission. They’re called the Pasture-Fed Livestock Association (PFLA) and they’re showcasing some of their products at the popular Table restaurant in London.

More terms are used such as complex, fresh, lingering in the mind – terms that also have echoes of the language of wine, but that relate in this instance to the “length of flavour” of the beef.

This evening of talking and tasting isn’t, however, an elitist or academic exercise – it’s part of a drive to get people to think more about the meat they eat.

And, of course, specifically that produced under the system they passionately believe in – one that sees them “kick the grain habit” and produce solely from grass and forage crops.

It’s a system, they maintain, that’s “better for human health, for farm businesses and for the wider environment”.

The evening saw Anna Blumfield provide rump from one of her Sussex cattle from Essex; Dan Bull supply rump from a Beef Shorthorn from Berkshire; and Simon Cutter bring Hereford sirloin from a seven-year-old cow.

“Behind the industry averages and depressing trends are some exciting success stories – and many of these winners are feeding livestock on nothing but a natural diet of grass, wildflowers and herbs,” says PFLA chairman John Meadley.

He points to the low profits or losses which are common in the red meat sector. “Making a living from beef and sheep is never easy – however those who make the most of pasture can be profitable.”

If the right breeds with the most suitable genetics are chosen – and grassland management is good – he reckons “pure pasture” farmers can rival or exceed the performance achieved by top-third producers.

With pressure mounting to reduce CAP spending, farming must become less reliant on public support – and cutting costs and seeking better returns by producing what the market wants will become more crucial, he adds.

The PFLA point to taste and health benefits of their meat, arguing that intensive meat production is inefficient. The horsemeat scandal of 2013 highlighted, they say, the long and complex ‘farm to fork’ food chain – with shocking results.

This focus on consumers is music to the ears of James Swift of Monmouthshire-based award-winning Trealy Farm Charcuterie, who was among the visitors to Table.

He says that the interest in the pasture-fed system reflects the start of a consumer reaction against the “homogenisation” of food and monopoly power in the food chain.

It’s a backlash that has come none too soon, with “things having been moving in the wrong direction”, he reckons.

James hopes that the public will want to find out ever-more about the production and provenance of meat.

There should be more parallels with wine-making and cheesemaking, he says, where consumers appreciate all the factors that influence the final product (“terroir” is the word used by wine buffs to refer to the complete natural environment in which it was produced).

In the case of meat, this includes the location the stock’s been grazed, its sex, the food it eats, its breed and age at slaughter.

“There has been a lot of focus on food in the media and on TV in recent years, but this hasn’t always been helpful and at times has even been disempowering,” says James.

“It’s been pushing people towards set recipes. It hasn’t been introducing them to the ability to, say, look at a particular piece of meat in a butcher’s shop and know it will be good for roasting. That’s real knowledge of food – having that confidence.”

Two advocates for the system are Catherine and Graham Vint of Hornton in Oxfordshire, who brought skirt to Table from one of their Aberdeen Angus animals.

They admit the PFLA stamp isn’t giving them a price premium, but reckon the lower costs – particularly for feed, fertiliser and vet bills – are the key to its success.

The couple, who were seeking a system that was “both financially and ethically sound”, originally thought it would take three or four years to turn a profit – but in practice, it has taken six.

“When we crunched the figures back in August, I was grinning for a month when we realised we were making money. We’re extraordinarily pleased that it stacked up intelligently as a business.

“Commercially and morally, the system ought to be rolled out far more widely,” believes Catherine.

“The soil is coming alive, the clover is working and we’ve got animals finishing at 25 or 26 months at a very commercial weight. It’s a self-sustaining cycle.

“Then there’s the flavour,” she adds.

“There is a definite gain – it’s extremely tender and flavoursome.”

Tom Morrison from Hogshaw in Buckinghamshire is another enthusiast.

Having worked in food security/nutrition in developing countries, he’d seen a lot of agricultural systems around the world – “some that are simply not sustainable and some that are wonderfully sustainable”.

When he set about finding one to follow himself, he didn’t want to be organic – convinced that while the movement had been a “very sensible knee-jerk reaction to an excess of technology” it had been “over the top”.

The search for a “middle way” took him to pasture-fed beef.

He’s finished some of his Aberdeen Angus animals at 24 months, while others are ready at 28 months – and some take more than 30.

While he also acknowledges there’s no price uplift, he believes one is imminent.

“We think we there should be a 15% premium attached to it.”

Like the Vints, however, he reckons his costs are sufficiently low that it still makes a profit.

In fact, he was sufficiently convinced of the meat’s merits that he gave a butcher, Ricky Jeffrey, a forequarter free of charge.

“He rang me back and said the customers loved it.”

Tom, meanwhile, maintains this has the potential to roll out on a much bigger scale and isn’t destined to remain a small niche.

“We’d be delighted to sell to any supermarket that wants to differentiate it – but we don’t want it just chucked into the mix.

Supermarkets have got a choice – they can either be in a race to the bottom on price, or they can differentiate their products and say: This is something special.

“Some of the emails I get from clients make me so proud.

“One said: We’ve never had beef like this. Another said: You can taste the whole journey.”

It’s a journey that the farmers associated with this system are clearly also on. 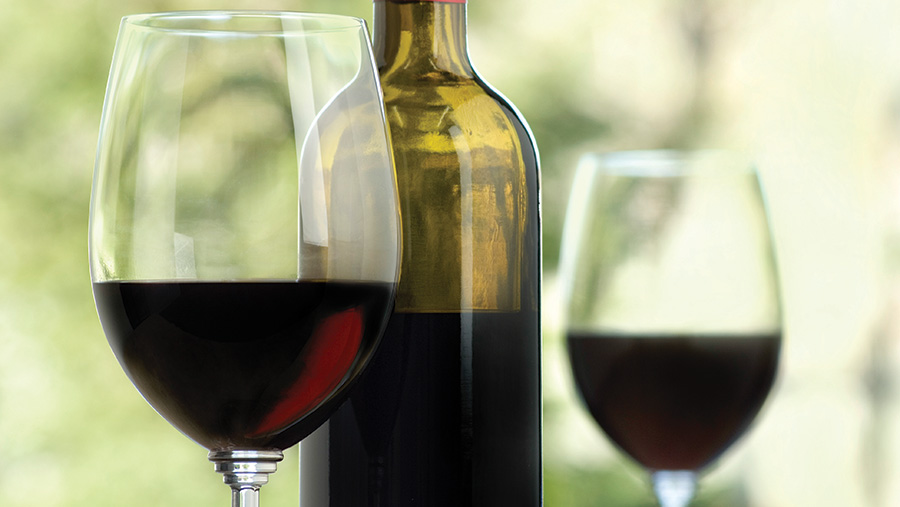 Glass of red with that?

Ever feel confused over what you should be drinking with your beef? Don’t panic – wine writer Matt Walls explains

Why do people recommend drinking red, rather than white, wine with beef?

It’s partly that the aromas and flavours commonly found in red wines tend to be a more natural marriage with those found in red meat, but it’s also because of the abundant tannins in red wine.

Without getting too technical, these naturally occurring, flavourless compounds react with the proteins found in beef to produce a cleansing, refreshing sensation in the mouth as you sip the wine between mouthfuls.

So if you’re eating some rare fillet that hasn’t been hung for long, go for a medium-bodied red like a Pinot Noir; for a 90-day-aged piece of marbled ribeye seared on the grill, consider something more robust like a Cabernet Sauvignon.

Wine lovers have a diverse vocabulary of descriptive terms – should beef enthusiasts have the same for their product?

Wine is a subtle, nuanced and varied drink, so to communicate about it with precision requires a diverse vocabulary.

Beef lovers can surely find just as much detail in their favourite subject, so there’s no reason why there shouldn’t be a similarly complex language to talk about it.

Whisky, coffee and chocolate aficionados do, so why not beef enthusiasts.

What is your favourite beef dish and wine combination? Tell us the words you’d use to describe both.

I try to keep things simple when cooking beef.

A T-bone or sirloin perhaps, seared on the griddle, then finished in the oven if it’s a thick piece.

My default accompaniments are sautéed potatoes with rosemary and garlic and some wilted, buttered spinach.

The wine will depend on the cut, but it’s hard to go wrong with a textured red from the Northern Rhône.

How big and how buoyant is the English and Welsh wine industry?

We had 135 wineries at the last count, and we make on average 4m bottles/year.

But it’s growing at a remarkable rate.

Due to our cool climate, we have trouble sufficiently ripening grapes to make red wines, and those we do produce are at the lighter end of the scale.

So it’ll be a while before we’re having English wine with our steaks.

But our sparkling wines are going from strength to strength, and a glass of English fizz is an excellent way to start a good meal.