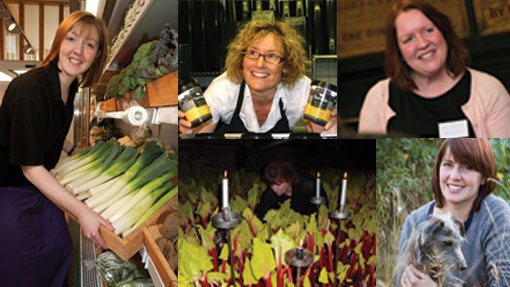 Inspirational farming women took centre stage at a recent conference. Sarah Todd listens to some of their stories.

Women are often “the power behind the throne” in agriculture.

That was one the key messages at the “Women in Farming – Stepping Stones to Success” event at the Great Yorkshire Showground.

Delegates at Harrogate heard how a survey undertaken earlier this year by Farmers Weekly and Barclays showed how optimistic women felt about their future, with about two-thirds suggesting that in terms of pay, benefits and daily work routines, they’re treated “mostly” or “always” equally to men.

Fifty-nine percent of the more than 2,000 respondents to the survey suggested agriculture is either the same or better than other industries in terms of offering equal opportunities.

“You can really influence the future profitability of your family’s farm,” said Barclays national agricultural policy manager Martin Redfearn, the only male speaker at the event hosted by the Yorkshire Rural Support Network. “Make sure every family member is singing from the same hymn sheet and get taboo subjects such as succession out there into the open.

“Women are not only contributing to farm incomes; we all know of small diversifications started by wives and daughters that are now bringing in more money than the actual farm itself.” 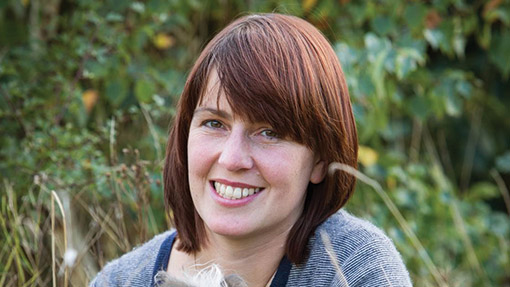 Tamara, the managing director of Molescroft Grange Farm at Beverley in East Yorkshire, has brought a philanthropic touch to running her family’s 1,250 acres, with such initiatives as open farm days, school trips, owl boxes and an allotment scheme.

Her mantra, “Doing good is good business,” was a key message of her presentation.

On countless occasions she has made key contacts through the not-for-profit events she gets involved in, she says. One example was a conversation with a local mill owner at one of her Open Farm Sunday events which saw her end up with an extra £5/t for her wheat crop.

“The people who go that extra mile in getting involved in good causes are more often than not the ones who run successful businesses,” she told the gathering.

About 10% of Tamara’s farm is managed for the environment, with 50 educational visits a year and a 65-plot community allotment. She is just about to publish her Nuffield Scholarship report.

“I didn’t intend to be a farmer,” she said. “I was very much an inner-city girl with a tailoring business in Leeds. But then, at the age of 28, I had a horse-riding accident and sustained a bad head injury. I couldn’t sew so came home and learned about farming.”

Tamara’s Nuffield Scholarship, which was supported by the Yorkshire Agricultural Society, has looked at community supported agriculture.Before Tamara took over her family’s farm it had been run by a manager because her father, Jonathan, was busy with a fishing trawler business.

“He would have got a contractor in to run the farm if I hadn’t taken over the role of managing director,” she explained.

“Being both an outsider to farming and a woman has helped me bring a fresh pair of eyes to the business. Because of the increased mechanisation in farming it’s no longer the physically demanding male-dominated career it used to be.” 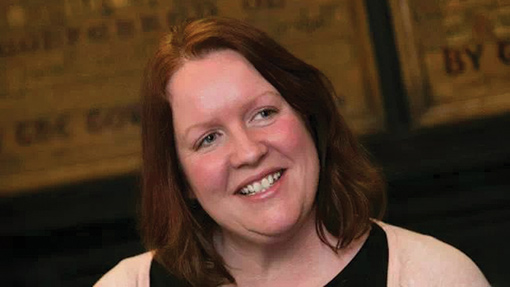 Milking 120 cows twice a day, it was hard for Carol and her husband Neil Peacock to find the time to research their diversification into cheesemaking.

But Carol urged delegates to “take up every offer of help – however far you have to travel”.

She hit upon the cheesemaking idea during a rare night away from the farm over a bottle of wine and dinner. “We hadn’t gone far – only Scarborough,” joked Carol, a farmer’s daughter who had been working as a school food technology teacher.

“I came back and enrolled on a cheesemaking course at Reaseheath College in Cheshire. I then took up every offer that was so kindly made by other farmers’ wives to look at their diversifications.”

The couple got 40% grant funding towards their set-up costs, but a whopping £22,000 for installing three-phase electricity made the figure much higher than first estimated.

They came up with the “from our farm, not a factory” slogan and decided to use pictures of their cows on the labels.

“Sending out products to friends and family is all well and good, but they are bound to say everything’s wonderful,” advises Carol. “We sent samples further afield and by the end of a week the phone was ringing off the hook with orders.”

The Peacocks supply their Parlour Made cheese to 70 farm shops and delis and three wholesalers who sell it from Scotland down to London.

Carol was quick to praise the family’s bank manager. “She came in at 6am one morning and spent the whole day working in the dairy with me,” said Carol. “Surround yourselves with specialists and get the right advice – however difficult it is to find time away from the everyday farm jobs.” 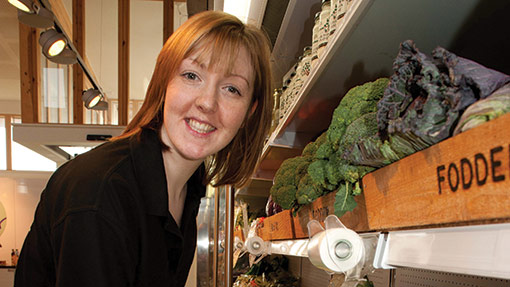 Rounding the cows up on her father’s Lancashire dairy farm and watching her mother bottle and deliver milk has been a huge influence in Jane’s career.

She is the general manager of Fodder, the award-winning farm shop and café created by the Yorkshire Agricultural Society to support the region’s producers in the wake of the foot-and-mouth crisis. Its profits are ploughed back into the society’s good causes. With 323 suppliers and a turnover of £2.5m it’s a full-on job.

“My dad saw in advert in Farmers Weekly about some taster sessions at Harper Adams and I went along and ended up studying agrifood, marketing and business studies,” Jane said.

Following work experience in Devon and co-managing a farm shop in Oxford, she made the move to Fodder. “When the heifers in the field opposite the farm shop escaped, it was me who rounded them up!” she joked. “But seriously, that farming background has been invaluable. The link I saw between my mum bottling our milk and delivering has formed the backbone of everything I do at Fodder. That relationship between producer and customer is vital.

“Women in agriculture isn’t a taboo any longer. We can do any job and must embrace every opportunity that comes along.” 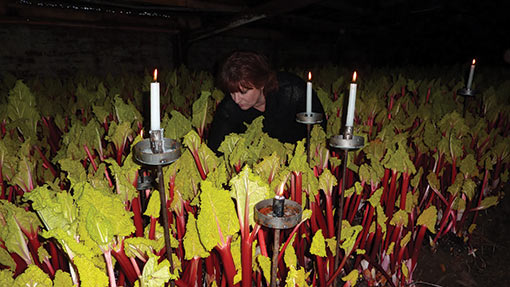 On 29 October, Janet will be leaving her 800 acre farm at Wakefield behind to have a private lunch – with eight other guests – by invitation of the Queen. While the Buckingham Palace invitation has pride of place, Janet is no stranger to smart London locations. “They serve our rhubarb in The Connaught Hotel,” she said. “Heston Blumenthal also uses it.”

Janet, who is also one of Rick Stein’s elite band of Food Heroes – and still harvests her rhubarb the traditional way by candlelight – was at the forefront of getting the rhubarb grown within the Yorkshire triangle of Leeds, Wakefield and Bradford Protected Name Status. Pursuing such accreditation makes good business sense, with protected products enjoying an 18% mark-up.

Janet’s father was before his time in sharing the business equally between his daughter and son. She is the fifth generation involved in the business, which grows strawberries, vegetables, cereals and rhubarb. It all started when her great grandfather, having lost his strawberry-growing business in the depression, moved from Wisbech in Cambridgeshire to be near his daughter, who had a greengrocer’s shop in Wakefield. He supplied her with vegetables; learning how to force rhubarb from the locals by sharing his secrets of strawberry growing.

Now with up to 90 staff in busy harvest times, the business has grown enormously. “Times are hard as supermarkets do battle for position.” 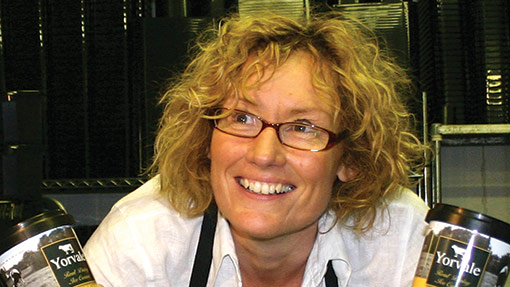 Lesley and her husband Ian had no connection with agriculture, except Ian’s passion for the industry. After studying at Askham Bryan College, he went on to be work at Leeds University’s farm.

Whenever the farm went over quota, Lesley used the surplus to make ice cream, founding the family’s Yorvale business. From a first building of 50sq m to today’s 1,200sq m factory at the farm near York it has been an amazing success story – they were even shortlisted in the 2014 Farmers Weekly Awards.

With a change of authority, the tenant couple were given the opportunity to buy their farm. “This was brilliant for us,” recalled Lesley. “But it’s sad to think of others who will never get the chance that renting a council-owned farm gave us.”