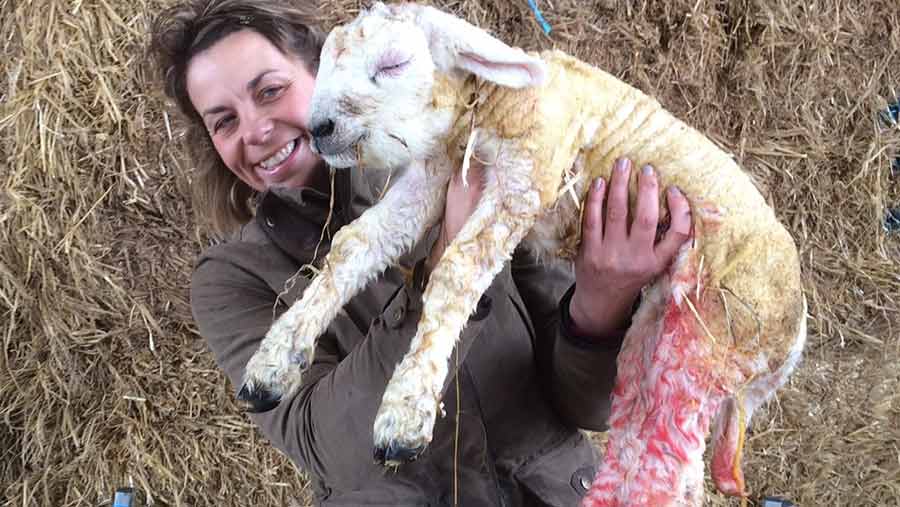 A Warwickshire farmer has delivered a monster lamb weighing more than 17lb (7.7kg).

Lucy Freeman, who farms at Avon Meadows Farm, reckons the Cheviot cross Beltex is the biggest lamb she’s ever seen and has named it “Titch”.

“He wasn’t very responsive when he was born but, after a tricky lambing, both mother and baby are now doing well,” said Lucy. “He was soon bouncing around the pen.

“I realised straight away I was dealing with a big lamb, but he turned out to be a monster.”

Lucy, who’s halfway through lambing 400 ewes, says Titch will now be fattened, hopefully reaching a slaughter weight of 42kg at about 16 weeks.

“Because he’s such a one-off, a little bit of me might be tempted to keep him at that point, but I’m not going to be sentimental.”