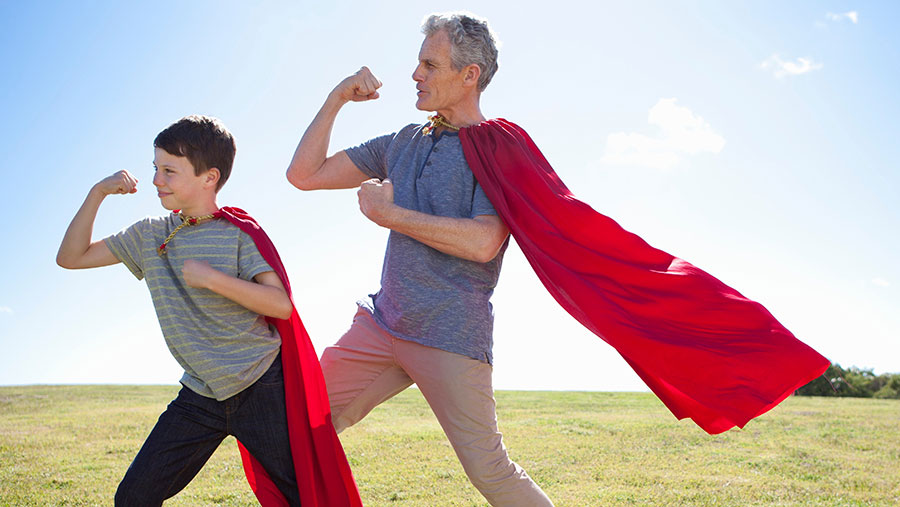 Here is the second instalment of the entries we particularly enjoyed reading for our “heroes” competition, including the overall winner.

It’s great to hear about the people who inspire you – your relatives, friends and fellow farmers.

The countryside is, after all, full of heroes – the men and women who work tirelessly day in, day out to run great businesses, look after the countryside and fly the flag for British agriculture.

They sometimes go uncelebrated so we wanted to put them centre stage. We hope you enjoy reading about them.

Facing challenges with a smile

Arthur Threlkeld is many things, to many people. To me, he is my partner, best friend, motivator and my inspiration. To our family farm and rural tourism business, he is the driver of all that goes on.

He is a compassionate, caring and competent livestock producer who always has the welfare and well-being of our animals at the heart of what we do. 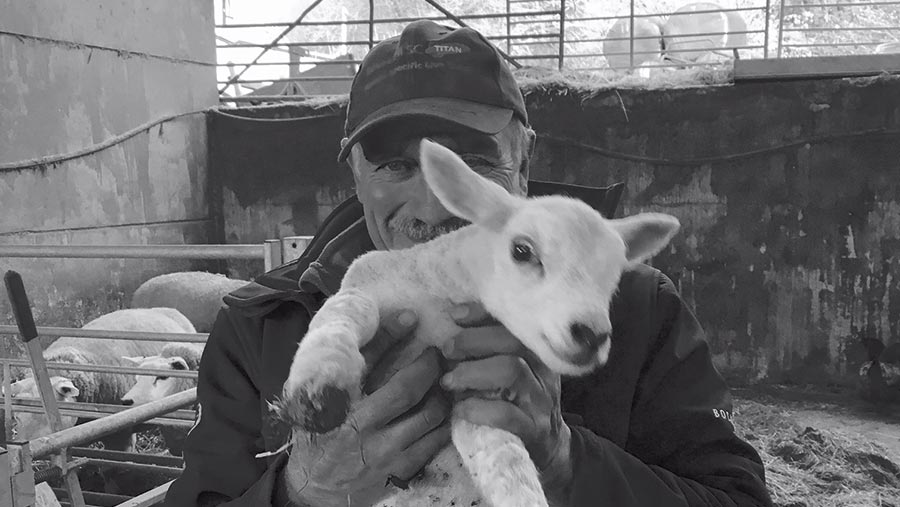 Arthur Threlkeld has been described as a “compassionate, caring and competent livestock producer”

After taking the reins of his family farm at a young age, under sad circumstances, Arthur has strived to achieve sustainability in an increasingly challenging industry, making the difficult decision to diversify at a time when this was not common practice.

Many, many farmers work long, hard and tirelessly at what they do – I realise Arthur is no exception in the time and effort he puts in.

However, Arthur has always faced all challenges and difficulties with positivity, creativity and most importantly a smile – and continues to do so.

He ensures he always has time for others, whether it be family, friends, fellow farmers, guests or livestock, and is always happy and enthusiastic in sharing and using his knowledge and experience.

Along with this, he has an amazing ability to put both people and livestock at ease, making time to listen to people and ensuring he takes on board the thoughts and feelings of others and monitoring, assessing and caring for our livestock.

Arthur is my hero.

Thomas Corbett, my great-great-grandfather, was one of the remarkable figures of Shrewsbury’s industrial past.

He was the founder in 1865 of the Perseverance Ironworks, from where he designed and produced award-winning agricultural machinery and implements, which were exported all over the world, including ploughs, seed drills, winnowers, chaff cutters, grinding mills, harrows, and hoes. 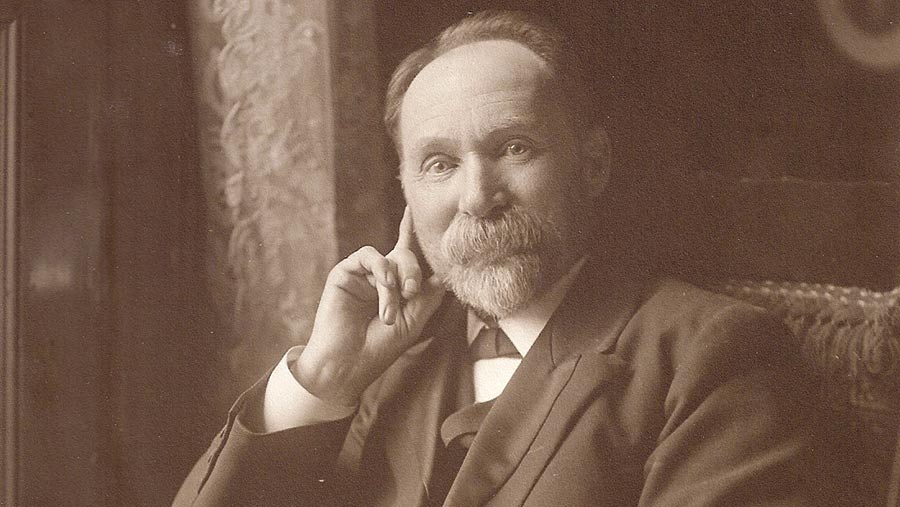 Thomas Corbett’s machinery was exported across the world

He was also a specialist in cheese presses.

His firm won nearly 1,000 awards and medals for his revolutionary designs at shows and exhibitions worldwide, with more than 700 of them first or royal prize winners.

He met with the future King Edward VII, King George V, and the kings of Belgium and Holland.

His factory (parts of which still stand today) expanded rapidly from the 1860s onwards and became the largest works of its kind in the West Midlands, and certainly at one time the largest employer in Shrewsbury.

It said much for Thomas Corbett’s perseverance that he managed to rebuild his business following a serious fire, which destroyed much of the factory in 1905 (fortunately the pattern shop survived) where he continued to manufacture his products until his death in 1917.

Thomas Corbett went on three world tours including one to New Zealand to promote his goods, the first being in 1882-83.

On these trips, he also gained ideas for adapting his designs to the likely conditions in other countries, particularly the old colonies.

Examples of his machinery have been reported from all over the world, including Maria Island, off Tasmania, South Africa, America and Canada.

Thomas Corbett was a man of huge energy and enthusiasm; he was one of the founder members of the Shropshire and West Midlands Agricultural Society and also of Salop County Council. He did much for the town of Shrewsbury, including acting as mayor in 1906-07; he was a justice of the peace and sat on the management committee of one of the local hospitals.

He was a man of great social conscience and a highly regarded employer who continued to pay his workforce during the rebuilding of his factory after the fire, he was a supporter of the early closing day movement and he initiated the town’s first slum-clearance programme.

He was a man of great achievement who did much to advance agriculture worldwide after the industrial revolution.

His innovation, entrepreneurial spirit, social conscience, astonishing attention to detail (borne out by the handwritten notebooks in my possession) in his product design and, most of all, his perseverance (a trait I have inherited) all contribute to Thomas Corbett being my own personal hero – an inspirational figure indeed of whom I feel justly proud.

My hero is my dad, Alan. Ever since Grampa passed away he took on all the extra work.

We work on a joint farm with my nan just down the road where Grampa used to live. Nan works with our huge flock of sheep and Grampa worked with our big herd of South Devon cows. 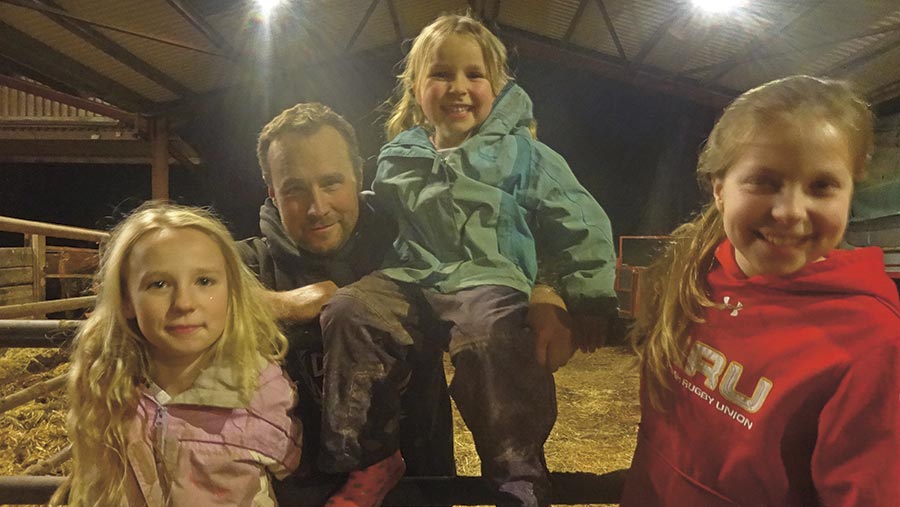 My dad used to help in between whenever help was needed and was a self-employed contractor.

Then, after Grampa’s unexpected passing away, there were lots of jobs to do. Dad gave up his jobs and took on the cattle.

There was lots of help needed with the sheep as well so Dad works long hours to get things done.

He shows passion for the farm and it means a lot to him.

He shows me how to do things on the farm and do them right. That’s why my dad is my inspiration and my hero.

And the winner is…

When I first read about the competition about my hero, my immediate thought was to think of famous names in the world of agriculture but then I thought, well, they aren’t my personal heroes.

So, my next thought was about who my personal hero is, who I look up to, and the first person that came to mind was the most influential and heroic person to exist in my life – my grandfather, Ieuan Jones.

My grandfather, or dadcu as I call him, now lives in a care home, but before moving there, he lived his whole life on our farm. He was born on 26 March 1925. 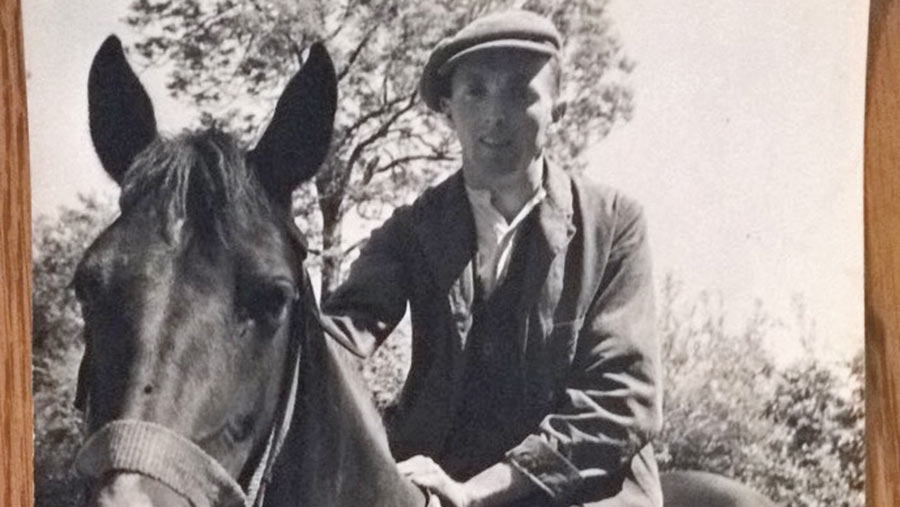 He married my grandmother, Matilda at the age of 34, and they had three children, and if they were anything like me as children he was a hero just for putting up with them.

As his only grandchild, he was overjoyed when I was born.

Although he was 74 years old when I was born, I considered him 74 years young, since he would often have me over to stay, and would always play football with me in the empty sheds if the animals were out, and would drive me anywhere I asked him to, even if it was only to buy chocolate.

He would spend hours telling me stories about how life was on the farm when he was small, and when my dad was a boy.

He would take me around the farm, teaching me all kinds of interesting things, but the best thing he taught me was how to ride a horse.

Horse riding has been in our family for generations, and I feel it connects us to our ancestors and gives us an insight into farming in the past, when horses were so important for work and transport.

The first real memory I have of learning to ride was when five-year-old-me persuaded my then 79-year-old grandfather to get on one horse as I got on another and ride around the village.

My mother often reminds me of that time she came home to find my grandfather, myself and two horses missing.

As I was thinking of all of the reasons why my dadcu is my hero, I still doubted whether he was the right person to write about, because I feared no-one would be able to relate to him since he isn’t anyone else’s hero.

But, a while ago, a family came to visit us. They introduced themselves as the family who came to stay at our holiday home (which is now our home), 37 years ago.

We invited them in for tea, and they showed us pictures from their visit in 1978 of them riding our horses and riding in the tractor.

We exchanged news, pictures and email addresses and as they were leaving, the elderly man said: “Give our regards to your grandfather. He was our hero on that trip because even though it was raining the whole time, he still made our stay enjoyable and helped us with all kinds of things, from cooking a barbecue in the rain, allowing us to have a farming experience.”

Being a hero means having made such an impact on people’s lives, that they still remember many years later.

The fact, that these five people called my dadcu a hero nearly 40 years after he rented a holiday house to them for a week must mean he’s made an impact on people’s lives, which is why I’m proud to call him my hero.