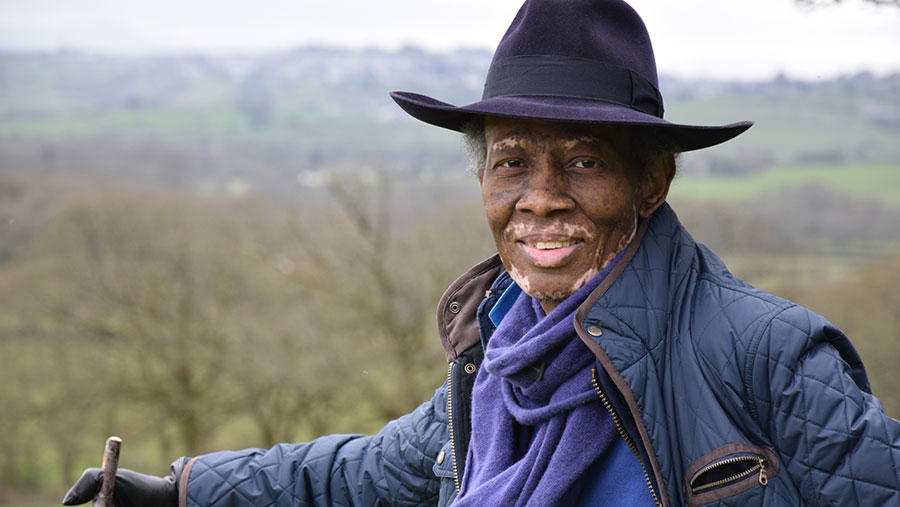 Wilfred Emmanuel-Jones, who runs the Black Farmer company, is to appear in a groundbreaking TV ad.

The £1m campaign, called “This is my Soul”, will see the West Country farmer and food maker in “quintessentially British and eccentric” scenes, including shots of him Morris dancing.

Mr Emmanuel-Jones, whose £12m/year turnover business is best known for its sausages, has collaborated with Hollywood director Tony Kaye to make the two-minute Channel 4 ad.

“It breaks the mould of all food advertising that has gone before,” he said of the commercial, which will first air at 9.10pm on 8 April on TV show Gogglebox.

It will “fly the flag for rural Britain and go a long way to make rural life cool”, he said. “In short, it celebrates being black, being British, being rural and being barking mad.”

A former would-be Conservative MP who was born in Jamaica, grew up in Birmingham and now lives near Launceston, Mr Emmanuel-Jones is urging all farmers to play their part in connecting with town and city dwellers.

“What we need to do in rural Britain is engage with urbanites and get them on side.

“In farming, we tend to be reticent – we think marketing is showing off, but it’s an essential part of what we have to do. You can be the best farmer in the world, but if you don’t know how to market, you will fail.”

Now is a great time to do this, as new technology such as social media means there is an opportunity for farmers to have a “direct, meaningful relationship with the customer”, he said.

“We’ve allowed the retailers to hijack the relationship with the British consumer. We need to wrestle that back.

“The age of the brand is returning and building a brand is like building a relationship. The more effort and consideration you put into it, the more it will pay back.”

Mr Emmanuel-Jones has been battling leukaemia and is now recovering after a stem cell transplant.

“The transplant has left me slightly scarred, but every day I look in the mirror and know I’m lucky to be here.