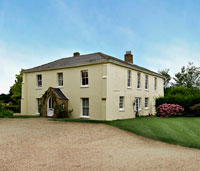 Farmhouse values often get swallowed up within overall land sales. But do you know what you farmhouse might be worth on its own?

Research from agent Carter Jonas has tracked the value of a typical farmhouse across its network of regional offices.

Agents were asked to value the same theoretical farmhouse between March and June this year. The study assumed that the farmhouse was about 4000sq ft, set in a village location and with no immediate development potential.

The firm’s head of research, Catherine Penman, said the variance in prices across the country was remarkable. “I was surprised the range was so stark, values ranged from £900,000 in Huddersfield to £2m in Andover.”

The south east saw the sharpest rise in values, Mrs Penman added. The firm’s offices in the south east recorded values in excess of £2m. Andover led the pack at £2.5m, closely followed by Winchester, Basingstoke and Newbury.

The university cities of Oxford and Cambridge came next followed by the large market towns of Harrogate, Marlborough, York, Kendal and Long Melford in Suffolk.

Only four of the 17 Carter Jonas offices included in the survey saw an increase in value between the end of March and the end of June 2010, in line with the increasing uncertainty and cautionary sentiment across the national house market as a whole, said Mrs Penman.

“The findings don’t really tally with the housing market in general – they are more tied in with the land market,” Mrs Penman said. “We see farmhouse prices holding firm, with a slight increase of 2-4% in the next 12 months.”

Mrs Penman said the model farmhouse was intended to be representative of a regular large family farmhouse, not a prime country house or stately home.

“It is based on a five-bedroom house, not too grandiose, likely to be found in all our regions.”

The average value in the survey put the house at about £1.5m.