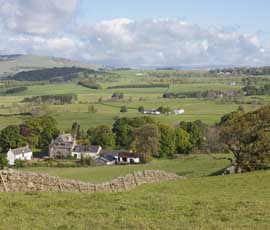 NFU Scotland has signalled that it has run out of patience with the worsening relationship between Scottish landlords and tenants and called for a “roadmap” to address the issues which are undermining confidence in the future of the sector.

NFUS president Nigel Miller told delegates at the union’s annual meeting that the number of breakdowns between tenants and their landlords were on the rise and while he had supported the consensual approach taken by the Government’s Tenant Farmers Forum, a more radical approach was now required. He pledged to make significant progress in the next year and have positive developments to report at the next annual meeting.

“We need targets and a time-frame to ensure there is progress at a meaningful pace,” he said. “It is in the interests of landlords, tenants and Scottish agriculture in general that we have a thriving let land market and it is time for all interested parties to consider a roadmap to deliver this. This is essential for those currently involved in farming today. However, equally importantly, access to land remains a key vehicle for those who are the future of our industry.”

Mr Miller said he hoped other interested parties would agree “even if that may require compromise for some.”

The key problems are investment, rent reviews and waygo – the negotiations at the end of a tenancy surrounding the value of improvements carried out or crops or livestock left at the point of departure.

All of these can lead to lengthy and costly proceedings to resolve, Mr Miller said. He suggested that there should be an improved arbitration procedure supported by agreed industry protocols for dealing with agricultural investment and the split of diversification income.

He added: “We would also support a code of practice for land agents around issues such as the rent review process and investments in holdings and its implications at waygo.”