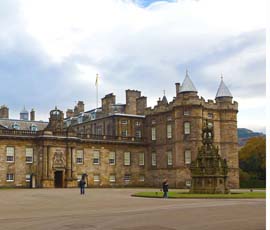 The NFUS set up the initiative to ensure the views of the younger generation of Scottish farmers could be put at the centre of important industry discussions.

Using the services of a facilitator, the cherry-picked producers were given free rein to discuss ways of mapping out the policy priorities for new entrants and young farmers in the industry.

They will also contribute to the shape of the big decisions the food and farming industries face in the coming months and years, the NFUS said.

The union hopes once the new group is formalised it will have a platform within the union to develop its views and make itself central to NFUS work.

It is expected that much of the communication will be done electronically, as all the members are already involved in the farming industry and diversification projects.

NFU Scotland president, Nigel Miller, who attended the inaugural meeting, said the established sector had to do a better job of supporting the next generation. He added that engaging with younger farmers and having them feed directly into NFUS work also meant the organisation would benefit from their enthusiasm and outlook.

“We need this group’s input into the crucial policy debate that will take place over the coming months and years. Their role is to ‘future-proof’ policy direction, but also to map out links with those building their future in farming and ensure the union is both relevant and accessible to them.”