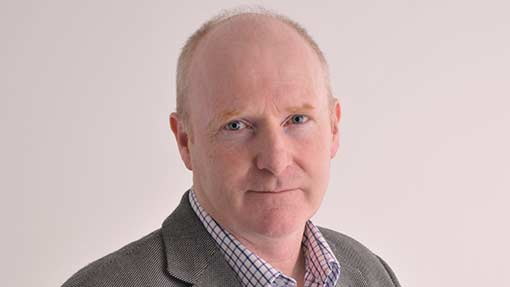 Opening up the 14 March edition of Farmers Weekly felt like popping into a sweetie shop. Everything that I enjoy was in there, including chat about coupled payments for English sheep farmers from Stephen Carr and Nancy Nicholson’s analysis on Scottish independence.

I have to confess that neither article swayed me from my present thinking on sheep or politicians. You should always shun any scheme that encourages you to keep a surplus of any of those two species. Once you go beyond an optimum number, none of them will do you any good. To corrupt an old adage about sheep: “A politician’s worst enemy is another politician”.

As soon as the Scottish parliament was established, we immediately faced a situation where Scotland had more politicians than it needed. I have some sympathy for Mr Carr here, as our Scottish Westminster MPs, who had become surplus to requirements in Scotland post-Holyrood, are still attending the establishment that denies England’s beef and sheep farmers their coupled payments. At the same time, our autonomous MSPs in Edinburgh work to secure coupled payments for Scotland’s farmers.

There is something fundamentally wrong about that situation, but unfortunately we can’t turn the clock back. The Scottish parliament is well established and if its politicians are working in favour of Scotland’s farmers then they are to be celebrated. It’s the surplus ones who don’t work for farmers that need to get the heave-ho.

NFUS recently organised “The Big Debate in Scotland 2014”. Held at UA’s mart in Stirling, it brought together Nicola Sturgeon, Richard Lochhead and Jim Fairlie for the Yes campaign to debate with Alistair Carmichael, George Lyon and Peter Chapman, who are in favour of “Better Together”.

The question about currency was, as you can imagine, discussed at length, with the aggressive stance adopted by the Westminster parties being brandished to “encourage” the “family” to stay together. I could be wrong, but “I’ll cut you off without a pound if you leave” will be one sure way to drive off a family member.

However, the Better Together side took what can only be described as “a tanking” over the convergence uplift issue. Scotland’s “surplus” Westminster MP Alistair Carmichael and MEP George Lyon could find nowhere to hide. Neither of them could adequately defend why Scotland is not getting the EU convergence support it deserves, now or in the future.

The threat from the “No” camp of Scotland finding itself left outside of the EU has also lost all its potency. UKIP has holed that argument well below the water line. No one seriously believes that Scotland will not continue in Europe after a yes vote, but there is very real concern among Scotland’s farmers that they will be dragged out of Europe against their wishes. To then find ourselves totally at the mercy of someone such as the UK’s Owen Paterson, a man described by Mr Carr as “a Tory rightwinger who makes no secret of his distaste for all farm subsidies”, is enough to make a Scottish farmer’s porridge curdle.

One last thing about the big debate and it touches on a subject that I covered in a column just recently regarding the dearth of women in top positions in leading farming organisations. With all due respect to the gentlemen who debated in Stirling mart, the person who looked most at ease was Nicola Sturgeon. The case for encouraging more women to come forward into leading roles was never better endorsed.

After the meeting, some claimed a draw while many saw it as a win for the Yes campaign. There were very few claiming a good night for Better Together.

Neale McQuistin is an upland sheep and beef farmer in south-west Scotland. He farms 365ha, much of which is under stewardship for wildlife, in partnership with his wife.