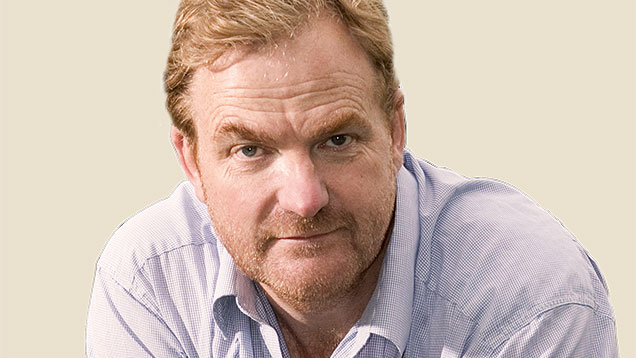 Our farming system is very unadventurous and boring.

We grow what we’ve always grown and tend to steer clear of newfangled ideas.

We once tried winter peas and ended up ploughing them in. We looked briefly into willow coppicing and ended up glad we didn’t go any further. The suckler herd was a great success until our own offspring rather got in the way – then it was back to stores.

There is one huge advantage to the way we farm: we’re not at the whim and mercy of a single buyer.

I wince when I hear tales of farmers who specialise in growing serrated leaf fundlegrass (a rare delicacy in these parts) for one of the major supermarkets.

They’ve invested hundreds of thousands in new buildings and handling equipment. They’ve spent thousands per acre on pesticides to ensure that the fundlegrass arrives on the shelf in tip-top condition.

Then they get a letter or a phone call to say the supermarket isn’t going to pay the agreed £X/punnet – it’s now going to be half of X. And it won’t be paying up when it said it would, either. And one more thing: it would be best not to mention this to anyone. OK?

It’s not just the fundlegrass growers, of course. No one needs reminding of the vice the dairy industry is in at the moment, with milk buyers taking it in turns to tighten the jaws on a daily basis.

So what’s to be done?

Over the horizon comes Christine Tacon, the groceries code adjudicator.

She comes armed with a scary determination, a fine farming CV, and a spectacular choice of footwear.

Having said that, she appears to have two rather important arrows missing from her quiver: the first is evidence. Many of the farmers who have been victims (an overused word these days, but perfectly apt in this case) have kept very quiet about their plight, and Ms Tacon, for all her skills, isn’t telepathic. The second is the lack of any ability to punish these supermarkets. A firm talking to will have little effect, and “naming and shaming” rather naively assumes they have any shame.

I even worry about the new legislation that will allow her to impose fines. I can well imagine the supermarkets challenging a fine, and taking the whole affair to a higher authority. Who would have the most sway in the end? Ms Tacon, representing this government’s least favourite profession, armed only with the moral high ground? Or a vast multinational supermarket, employing tens of thousands and contributing huge funds to Number 11 in taxes?

I can just hear the supermarket’s spokesman mumbling about jobs being at risk – a million decibel warning siren to any politician. What chance will the 50-acre dairy farmer have against that?

And if Ms Tacon succeeds, and a supermarket is clobbered with a six-figure fine, where will they look to reclaim the cost? It begins with an “f”, and rhymes with “armour”.

I genuinely don’t see how to resolve this one-sided issue. Let’s hope the victims find their loud, collective voices and really learn to bark, and Ms Tacon, armed with evidence and sharp legislation, really gets to bite.

One thing I do know: when it comes to the 66 acres I’ve got still unsown from the autumn that should have had winter wheat sown in it, I’d rather take the chance with February-sown Scout than switch it to fundlegrass.

Charlie is a tenant of the National Trust, farming 380ha at Hinton Ampner in Hampshire.