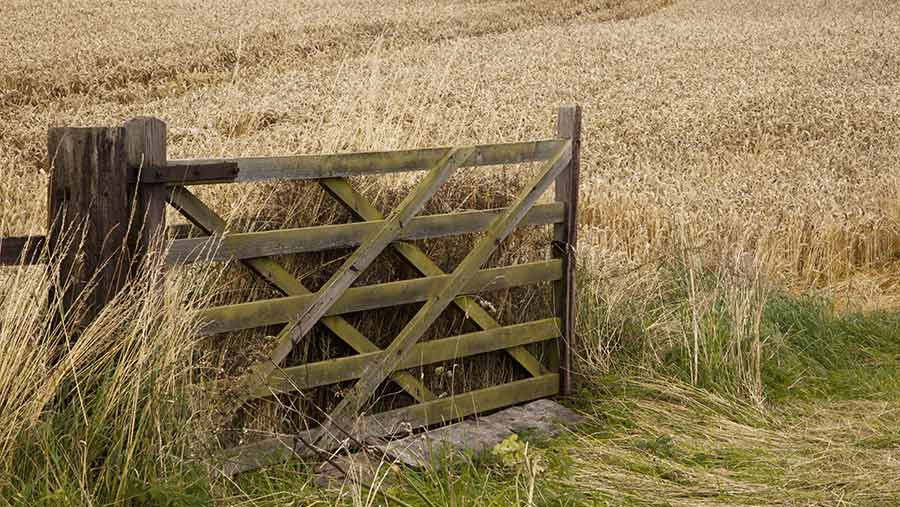 Farmers must find new efficiencies, we are constantly told by the great and good. In the face of catastrophically low farmgate commodity prices and falling subsidies we’ve all got to up our game to become “globally competitive”.

To be honest, I’ve been a bit slow to come round to this message. I’ve always worried that it is very difficult for individual farmers to ensure that they can become world beaters given that we are subject to such powerful and unpredictable economic forces beyond our control.

But having recently sold wheat for a disastrous £97/t, and a fine pen of store lambs for a pathetic £50 a head, even I now concede that I must try to take charge of my own destiny. There are going to have to be some big changes on my farm.

I started to make a list of things that needed to be done. First up was the missing bottom hinge on the gate into the Thirty Acre. For the past week, every time I have checked up on the in-calf cows I’ve had to drag the bottom of that gate through mud that is now so deep that I end up briefly losing a wellie.

Retrieving an Argyll wellington boot out of brown sludge while hopping about on one leg is not a productive way to spend one’s time. I decided that a new hammer-in bottom hinge must be fitted to the gatepost. I rang my local agricultural engineers and they quoted me £3.75 (excluding VAT) for the bit, which I wrote down as “Phase One” of my efficiency drive.

Encouraged by such an easy gain, I next toyed with the possibility of a new set of tyres for my tractor. The tread is starting to wear down and I knew I could get the old girl re-shod for less than a grand. But then I remembered that I’d recently had to increase my bank overdraft facility just to pay the bills, so I decided to postpone any tyre decision until that definition of efficiency, the RPA, paid my BPS into my bank account.

I paused for thought and wondered whether I was being ambitious enough.

A new bottom hinge for a gate was obviously a huge step forward but I started to have doubts about whether that measure alone would turn my farm into a globally competitive economic powerhouse. What was needed was a root and branch review of the way I did everything on the farm.

Then it dawned on me where I had been going wrong and I was suddenly overcome with excitement. Times had been good enough for me in recent years that I’d simply forgotten how to make do and mend and this was now at the root of my inefficiency. I had not been carrying baler twine in my pockets when I had been out and about on the farm.

What a relief. I realised how easy it was going to be to create a perfectly adequate bottom hinge from nothing more than a piece of polypropylene twine. With a flourish I cancelled the order for the galvanised metal version and felt embarrassment that I had ever considered such wild, high-cost profligacy.

So it is that I have joined the world’s farming elite. With the string-in-my-pocket initiative now implemented I stand tall with the low-cost lamb producers of New Zealand and the beef ranchers of Argentina. Even the grain prairies of Canada and Ukraine now need to sit up and take notice of me as an economic threat.

And anyone who suggests that it is delusional of me to think that a mixed English farm of marginal land quality can ever be internationally competitive is just being defeatist.