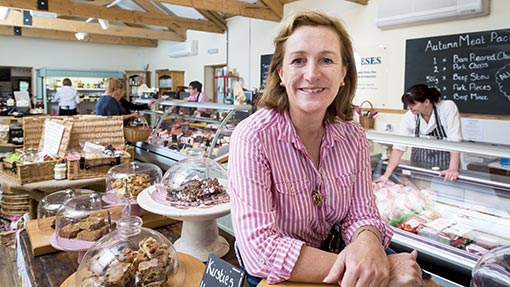 It amazes me how certain groups of people cause so much joy and yet so much frustration, all within a day. In this instance, customers.

They pay our wages by using their hard-earned cash to buy our products and we try really hard to please them all and 99.9% of our guests are completely lovely. The other 0.1% can cause young staff to cry, encourage fistfights over children’s behaviour and upset the other lovely paying people.

I’ve only had to ban two people from our premises in over 13 years. One of them had visited us a few times within a year. On every occasion, something – if not everything – was wrong with the meal, the service, the ambiance etc. He had already received some refund of recompense on the two previous occasions and my team had decided that enough was enough. I went over to his table, after he had demanded a refund again and explained that we believed that we could never possibly reach his exacting standards and that maybe he would be happier finding another restaurant. This man was big and not happy. I tried to steer him towards the exit door a few feet away to “chat” further, but he was not having that. He wanted public confrontation. He continued to shout for about three minutes (it felt like 20), then, getting no response from me, then departed. I walked graciously to the restaurant stock room and burst into tears.

The new play barn has opened up a can of worms regarding customer behaviour. Obviously my own three children have been absolute angels all their lives, yet some people really believe that their little Johnny can do no wrong while watching him remove all the baby toys (hard plastic, battery-operated objects) from the toddler area, taking them to the top of the slide and throwing them down on to the heads of the little ones playing below.

One little angel has taken a cigarette lighter into the play, burnt holes in the plastic and a rope – what fun. When confronted, the parent inevitably says “just high spirits” and ineffectually shouts at the child using expletives usually reserved for dockers or the current husband when a particular machine refuses to work, despite being hit repeatedly with a hammer.

It is sometimes difficult to remember that these badly behaved customers are few and far between. The trouble is, that they are the ones that tend to stick in your memory rather than the 300 lovely ones that you saw the same day.

The Italians seem to have generally rejected the whole concept of customer care. I have just returned from a city break in Rome with my siblings and my crash course in “how not to treat visitors who pay lots of money to stay in a beautiful city” began in the airport. A complete lack of signage to bus stops, trains or taxis makes for disgruntled, tired passengers. It really, unbelievably, made me really appreciate the London underground. I realise that my Italian is rusty – I seemed to use French, then gesticulated a lot popping an “o” on the end of each letter – however the signage was completely absent.

On our return journey out of the city, the only place, apparently, to purchase a ticket for the airport bus was in a small tobacconist behind Platform 10, with no signage and policemen who just shrugged in that annoying Italian way.

The food was great and not too expensive – a beautiful creamy cheese, similar to mozzarella and mouth-wateringly delicious, served with proper tomatoes (you know, the ones that taste of tomato). Spinach and pine nut salad was everywhere and most menus told us about the origin of the food and where it came from. The Italians are justifiably proud of their protected designation of origin. Tap water, we were told, is “illegal to sell”, except in a few restaurants which are obviously exempt – nothing of course to do with the profit to be made on a bottle of sparkling water.

I always enjoy comparing waiting staff with my team and, with the exception of one bright (good-looking) young waiter who worked his restaurant beautifully, they were generally poor.

My brother told us that when ordering a coffee in New Zealand, he asked for a “double espresso, decaffeinated” and the waitress asked, very politely. “What the **** is the point of that?” He had to agree really.

Dealing with customers’ own expectations can be tricky, too. My sister, who runs an online farm toy business in Somerset, told us that a customer rang to express great disappointment that a ride-on tractor had not arrived in time for her son’s birthday as promised. She said that she could prove that she had been in all day to receive it as she was completely snowed in.

Care for guests at The Farmers Weekly Awards dinner in London recently was great considering that over 1,000 people attended. However, I was surprised to see the doorman chewing gum. Have standards slipped at one of the most prestigious hotels in London?

I was more dismayed when the man sitting next to me asked me what award my husband was up for. Had I not been a guest and obviously well brought-up, I would have decked him. Be assured, sexism is alive and well in the farming industry.