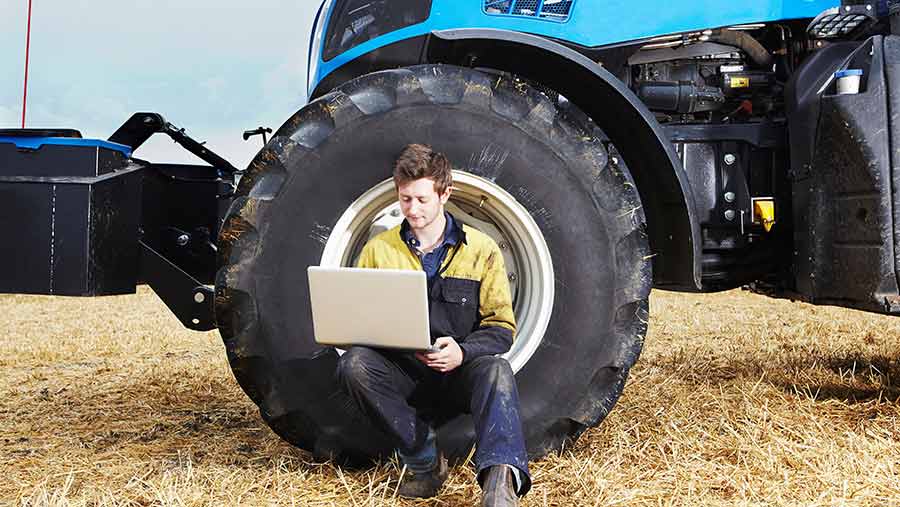 Here’s a tale of two tractors.

The first is my loader tractor, from a well-known multinational manufacturer. It’s seven years old and has served us very well. Halfway through autumn sowing, we noticed it was due a service, so we treated it to a new sump of oil and a selection of filters. All nice and routine, you might think. But then the problems started. The tractor would fire up fine, run for a few seconds, and then die.

We bled the diesel system several times – not as easy a job as it used to be – but got the same result. It was time to call in the professionals.

Our first call was to “Dealer A”, who used to sell and service this make of tractor. The engineer came out, and spent a long morning plugging in laptops and attempting to track down the fault, but with no success. He didn’t have the right software. His advice: call in “Dealer B”, who were main dealers for this make of tractor and would therefore be fully kitted out.

See also: Opinion: Seed bags give me the hump

Dealer B was out like a shot and, thanks to all the latest laptop software, made a rapid and efficient diagnosis: it seemed that the Electronic Control Unit was misbehaving. It was getting error messages soon after the tractor started, and shutting down as a precaution. The ECU would have to go off for remapping.

This was all very well, but the tractor was parked in the tractor barn’s main doorway – to get the best light while servicing it – and the seed was in the corner. Still, we were promised a rapid turnaround, so we opened up the secondary set of doors, borrowed brother-in-law’s little Case loader, and pressed on sowing some late winter barley.

Twelve days of confusion followed. The ECU was couriered away to be remapped, and “away” it stayed. Eventually, I got unforgivably cross, demanding to know where it had got to. As generous as brother-in-law Noel is, we were beginning to notch up a few hours on his nifty little machine.

Dealer B finally rang to say that the ECU was back, but they could find nothing wrong with it. However, because they had heard, on the grapevine, that I had let Dealer A look at the tractor first, they were having nothing more to do with it; they would come out and put it back exactly as they found it, and would walk away from the job.

No doubt they were perfectly justified to withdraw their labour under these circumstances – but I did ring the tractor manufacturer’s customer service helpline just to check if it was acceptable. I still await a reply.

So it was on to Dealer C, another main agent. Oddly, they seemed relaxed about A and B, and sent a man. After all that, no laptop was needed. Within 10min, he found the frayed wire near the water detector under the fuel filter. It was shorting out and sending the signal to the ECU to shut down. Bit of black tape – job done.

And the second tractor? A friendly city-working neighbour is renovating a charming Ford 3000. One Sunday afternoon, we rewired the whole thing. It took us amateurs about two hours. It started, and kept going. Not an ECU or laptop to be seen. I do worry about technology.