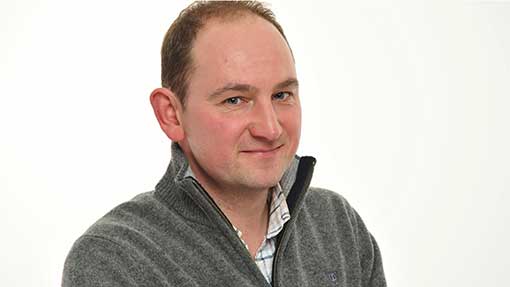 Have you heard of the Farmers Club in Whitehall in central London?

It is one of the British farming industry’s greatest treasures. It was founded in 1842 as a meeting place for farmers to debate and promote the agricultural matters of the day, a task it still performs admirably. The club is located close to Westminster and provides convenient facilities, including more than 50 bedrooms which members can hire at rates which even a dairy farmer would consider fair.

For many of us, London seems a wild and dangerous place where office workers mug one another for larks and where a cup of coffee costs £18. The club is a rural sanctuary in the heart of this urban insanity. It styles itself as being “your home from home in London.” It isn’t exactly like my home; I don’t have a view of the South Bank, for a start.

It is more like having the use of the pied a terre of a mad, millionaire great aunt. The décor, a grand but shabby chic, appears to be modelled on the private quarters at Balmoral.

You are always guaranteed to meet someone fascinating in there and you should never underestimate anyone. People are introduced to you with a formality that I thought had died out with imperial rule.

“This is Sir Barton Jones-Knight – he chaired the Global Egg Institute during the Norwegian steam shortages in the 1960s.”

“This is Norman Harbright – he produced half the world’s DDT in 1958. Yes, he’s always that colour. I recommend that you don’t shake his hand.”

You then simply have to work out if they are genuine or whether they are a 130-acre sheep farmer from Cumbria with a sense of humour and a taste for amateur dramatics.

I can’t say that I am looking forward to old age particularly. One comforting thought is that I will be able to spend my afternoons on the balcony at the Farmers Club looking over the Thames with a gin in my hand discussing the highs and lows of our careers with contemporaries from my generation. James Peck and Ian Pigott will be suitably stuffy for the purpose by then. We will be able to prod anyone under 40 with our walking sticks and say “Who the hell are you?”

The club upholds a strict dress code; arriving without a jacket and tie is a heinous crime. In such cases, you are loaned a “one size fits all” tweed jacket

Matthew Naylor farms 162ha of Lincolnshire silt in partnership with his father, Nev. Cropping includes potatoes, vegetables, cut flowers and flowering bulbs. Matthew is a trustee of LEAF and a Nuffield scholar

What do you think about this subject? Have your say on our website forums .