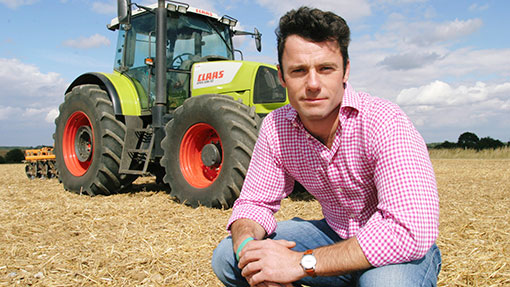 A change of leader is always seen as an opportunity to reflect.

It doesn’t matter if it is the prime minister or the publican at the Goat and Boots, when the time comes for the boss to step aside, we look at their period of tenure and unpick the good and the bad, the ups and downs.

Peter Kendall regards the improvement in the positive perception of agriculture as one of his greatest achievements during the past eight years in charge of the NFU. This cannot be disputed. Farming is no longer the whipping boy in the media that it was in the late 1990s and early 2000s. That unenviable role is now largely monopolised by bankers.

Or is it? The recent catastrophic flooding experienced by farmers on the Somerset Levels and elsewhere has been used by a small and rather vocal clutch of journalists to point fingers beyond the government and the Environment Agency to farmers, farm policy and the NFU. Regardless of the accuracy of these stories, hacks have an uncanny knack of making mud stick.

During the past decade we have done a great job in making farming less “sticky”. Proactive and positive engagement with government, consumers and schoolchildren has helped ensure that those audiences are better informed. And when factions of the media want to sling mud at farming, the mud doesn’t stick quite so easily.

But we should be more insulated to stories such as the one which blamed the flooding on sheep. Why should the journalist who has no accountability be more credible than the largest manufacturing industry in the UK?

Perhaps it is because we are yet to shake off the whinging farmer image of yesteryear. In part, this is because we have failed to communicate and leverage the very special solidarity within the farming industry. If we could make the public aware of our depth of community which has disappeared from the rest of UK society since 1945, farming would be non-stick to such cheap journalism.

To make the industry more bombproof wouldn’t require a corporate social responsibility department or a spin doctor, neither is it an attitude that needs adopting for the sake of shareholders or the media. It is something that we do already.

“To make the industry more bombproof wouldn’t require a corporate social responsibility department or a spin doctor, neither is it an attitude that needs adopting for the sake of shareholders or the media. It is something that we do already.”
Ian Pigott

Examples are boundless. The recent efforts of Forage Aid defines an industry with a purposeful moral compass – where farmers go to great lengths to help others with no strings attached. Or the way that 2,300 CEVAS-trained farmers welcome more than 800,000 children on to their farms every year to help them learn. Or the 350 farmers and 6,000 helpers that annually throw open their gates to welcome 200,000 visitors to Open Farm Sunday, or the 400 or so individuals who have put themselves forward as STEMnet ambassadors for Bright Crop to explain to schoolchildren how science, technology, engineering and maths are used in careers within our industry. Not forgetting the countless agricultural show stewards who give up their time so the public can enjoy their family day out. Or the farmers who clear roads of snow or fallen trees.

The holy grail for farming is an honest apolitical voice that can capture that solidarity and generosity and a simple but more scientific way of measuring our contribution to society in terms of food, energy, tourism, the environment, health, well-being and education. Neither of these are straightforward, but perhaps Meurig Raymond can add them to his very long to-do list.