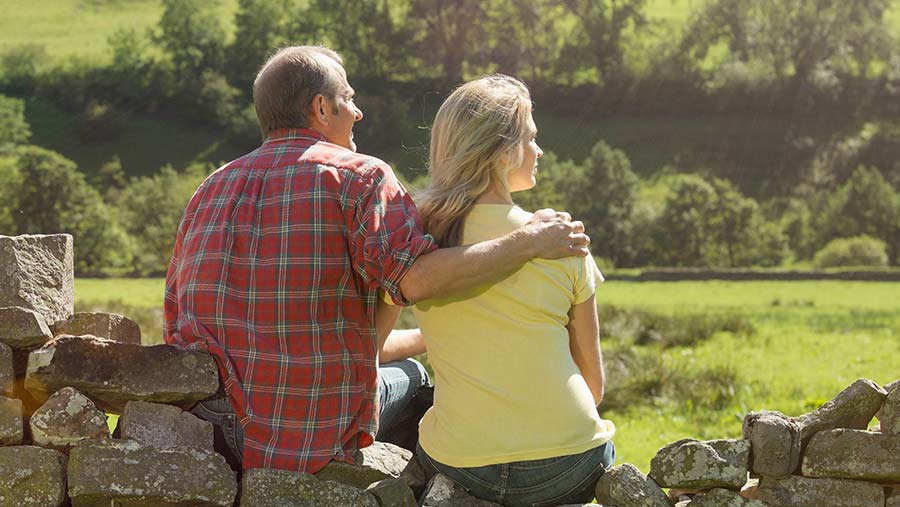 I’m now also a big fan of ‘This Farming Life’ and every single one of the characters from the five farms that are featured in the series of 12 programmes on BBC2.

I already knew some of the people that are featured, but after watching the shows I now feel as if I know them all. There will be millions of non-farming people up and down the country that will feel the same way. It’s not just great telly, it’s also been a great public relations exercise.

The ‘Lambing Live’ series of programmes blazed the trail for this type of TV over the last few years. The Beavans from south Wales; the Marstons from Cumbria and the Dykes family from the Scottish Borders were all great personalities and ambassadors for farming and farmers.

But, ‘This Farming Life’ broke new ground, as there are no well-known TV personalities in the mix along with the farmers. Kate Humble and Adam Henson certainly added to the experience in the Lambing Live shows, but in this new series, the personalities of the farmers have been allowed to shine through without anything to distract the viewers.

Anne Lennox, from the hill farm near Luss in Argyll, is a star by the way. She should have her own show on TV. Thirty minutes of Anne Lennox working her collie dog on the hill or chatting to her cows would be far better than EastEnders.

Then there’s the honesty of the situations that are featured in the shows that is also so refreshing. Some livestock doesn’t make the price that was hoped for at the auction.

People fall over wool bags and slip in the mud. Outboard motors won’t start after spending ages dragging the boat into the sea. And bulls are discovered to have less than the average number of testicles. These are all things that are happening to farmers, unseen by millions, every single day.

There has been no need to make artificial situations to create life or death drama for the viewers. Bear Grylls chooses to take himself into a desert and slip and fall down a sand dune.

In this new series, the personalities of the farmers have been allowed to shine through. Thirty minutes of Anne Lennox working her collie dog on the hill or chatting to her cows would be far better than EastEnders.

Then he’ll appear to have to suck the moisture from camel dung to survive –s but that’s all faked up for the cameras. The frantic efforts of the Irvine family to save their newborn bull calf were real and had us all on the edge of our seats. Everyone wanted that calf to live.

But, for me, the best thing of all about these programmes is not the insight into the relationship that the farming folk have with their livestock or with their land.

What I really liked was those intimate wee moments when we caught a glimpse of the farming couples’ relationships with each other. Looking up into the mist to see if your husband or your wife is going to come back off the mountain safely is not something that is staged for the cameras. Sometimes people don’t return safely.

And, in the opening scenes of all the programmes when Sybil is seen sitting on the steps with George and she says that she feels sad that she has not provided the next generation to carry on here – it brings a lump to my throat, every single time I watch it.

So I’m going to disagree with Sybil. I think she, and all the other characters that have taken part in these programmes, will have helped to inspire many farmers in every generation, not just the next, to carry on here.