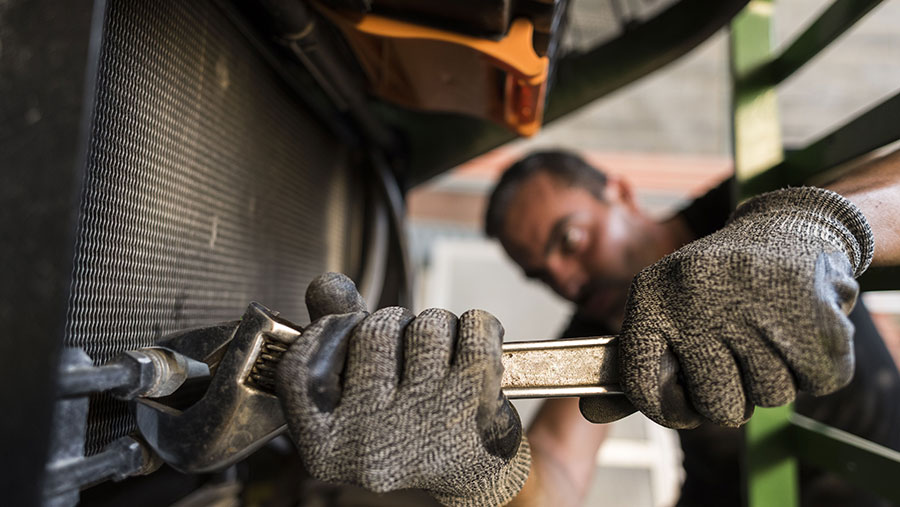 This now appears to be true. As a businessman, I am braced for a “hard” Brexit.

For us, this means meeting staffing requirements without the free movement of labour, expecting higher costs on imported inputs and, most importantly, becoming globally competitive by 2019 when support payments will end and tariffs will begin.

My view is life is going to be grim for British farmers who sit passively expecting circumstances to get better.

Matthew Naylor is the managing director of Naylor Flowers.

My personal plan for “Operation Brexit” is already advanced.

So far I have put in for planning consent for a residential complex in anticipation of a new seasonal workers scheme. I have increased our investment budget for mechanisation.

I am also communicating the cost implications to our customers “with great candour” (that’s not going brilliantly) and we are planning a big event to promote British Flowers to UK florists and consumers.

There are clearly export opportunities and import challenges stemming from the collapsed value of sterling so I am booking lots of international travel to understand what globally competitive actually looks like.

Last week I was in Israel meeting plant breeders and one of our seed suppliers. I love going abroad.

I have never been to a boring foreign country yet.

Apart from Barbados; it’s boring there, that’s why they drink so much rum.

Israel, by contrast, is one of the least boring places I have ever been. It was in every news bulletin before I departed.

The first farm we visited bordered the Gaza Strip and there was actually a bomb shelter for the farmworkers.

Israelis, like Kiwis and Dutchmen, are natural salesman and exporters. Ten years ago they had a prosperous horticultural sector supplying Northern Europe with flowers, fruit and salads in the winter.

The past few years have clearly been tough. The value of the shekel hasn’t helped; a cup of coffee and a biscuit cost me £8.

Although their labour costs are lower than ours, they are much higher than in the developing world.

Consequently horticultural production has moved to Africa and the Israeli countryside is littered with hundreds of acres of empty and neglected polytunnels.

I loved the Israeli people but, for a country which is essentially an irrigated desert, the farms were untidy and environmental matters were a low priority.

My conclusions so far are three-fold.

The global market is brutal and fast-moving, British farmers who think parochially and rely on subsidy are already dead in the water.

The farming industry should campaign for equal environmental and welfare standards for imported products.

Andrea Leadsom is selling us down the river when she says there will be less regulation, this is a green light for cheap imports.

Our best hope is to be better than the foreign competition and to relent to external auditing to prove this to our customers.

Similarly, in the event of a hard Brexit, we must argue for high import tariffs, which protect British workers from the low wages our foreign competitors are paying.

There will be regions where farmers find it hard to compete globally, I am worried about the sheep industry particularly, and the government must quickly devise an environmental support scheme to protect our natural environment.

The government appears to have an empty head and it is now time for us to start yelling into the vacuum with a united voice.