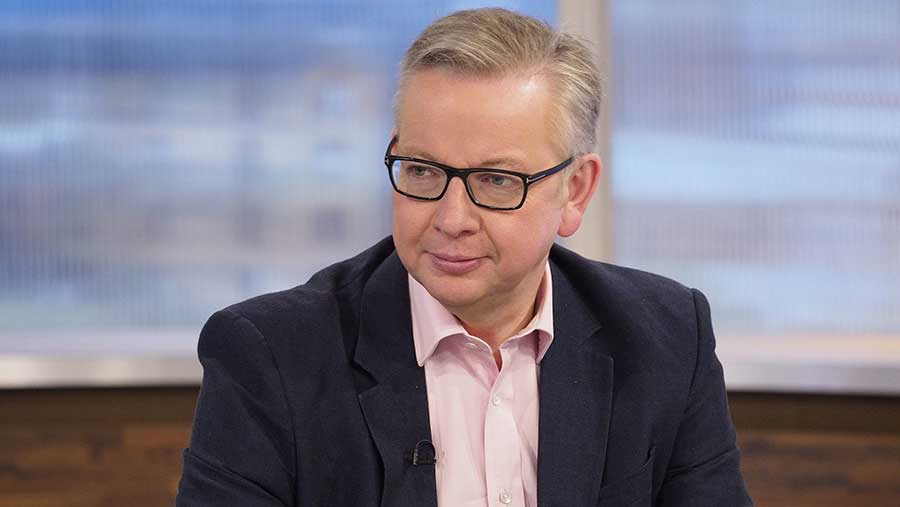 A little over 10 months ago I wrote in this magazine my suggested 10-point plan for the then-newly appointed secretary of state for Defra, Andrea Leadsom. Well, here we are again.

Like a fidget spinner, the revolving door of Defra has spun. UK farming has its fifth minister since the Tories took power in May 2010. Only managers of Sunderland football club have a shorter career expectancy.

In a week of yet more political turmoil, a new incumbent of Defra’s HQ, Nobel House, was expected after the election, regardless of its outcome.

The outgoing secretary of state’s brief term within the department that oversees farming will not be remembered in history favourably. However, for Theresa May to appoint Michael Gove to Defra came as a huge shock to many.

Insiders say Gove’s appointment is a tactical attempt by May to head off a challenge to her leadership. So not for the first time, Defra is being used as a way of getting “allies” into the Cabinet with little consideration for the department itself.

Social media is awash with opinion. Divided of course.

Many are delighted that a political big-hitter should be asked to put on a pair of wellies and represent rural affairs. Some are more parsimonious with their compliments.

There is no question over Gove’s political capital. He has a great opportunity at Defra and UK farming is desperate for his clear direction.

While much hinges on the Brexit trade negotiations, farming cannot willow around in the wind waiting for their conclusion.

Trade negotiations are notoriously protracted and it could be as long as a decade before we know their outcome.

Gove must establish a clear policy that sets out the government’s intent for the food, farming and environment sector. A framework that enables farming businesses to plan for the future.

While we may not welcome that “intent”, be it redistribution of support or reduced commitment to research and development for example, sugar-coating future plans that mask “intent” is much more harmful.

However, I hope Mr Gove will seek the counsel of leaders within the farming and agri-food sector to understand the brief.

This was something he failed to do when in charge of education. Never has an education minister’s actions been so out of step with leading education thinkers, academics and teachers.

He was also criticised for making change for the sake of change, with little consideration for the young people.

Farming needs a minister who is prepared to listen to experts and lead with policies that aid innovation and ambition, and do not stifle productivity.

Gove’s policy of academic rigour was based on a myopic assumption that all young people learned in the same way. In his world, like Oxbridge undergraduates. The implications of narrowing the curriculum threatened the arts and creativity and devalued vocational qualifications.

Agricultural businesses are not dissimilar to schoolchildren. We all have our own idiosyncrasies, strengths and weaknesses. But we also all have areas of expertise and stifled or untapped ability.

To Mr Gove I would say the UK farming industry is an underutilised asset, not a liability. We can deliver for food, health, well-being, employment, education and the environment.

Farming policies should not be a Zimmer frame for failing businesses; they should give clear direction and stimulate cross-sector opportunities for prosperity and growth.

What a wonderful legacy yours would be if Defra became a sought-after department for aspiring Cabinet ministers to hold lengthy office.