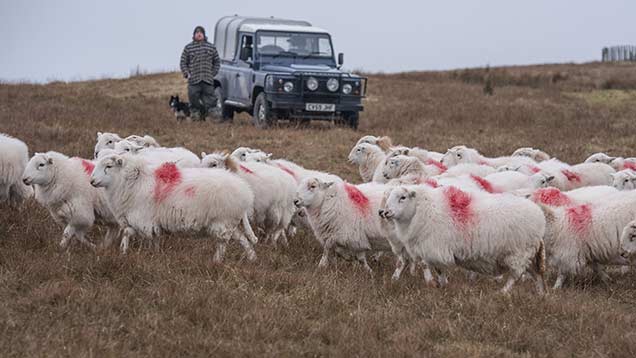 It is wrong to be negative about our government’s recent launch of a 25-year UK food and farming growth strategy, but the timing is unfortunate.

With commodity prices in many sectors plummeting at an alarming rate, the brutal fact is many in agriculture are staring at unsustainable cashflows that are pushing them into insolvency. The problems are immediate and urgent.

In this context, for a government to announce a 25-year strategy to improve the prospects for our nation’s farmers is akin to telling a householder whose house is on fire that the good news is there are plans to build a new fire station offering better service.

Ambitious long-term plans are about as useful to many farmers now as a chocolate teapot. In the words of John Major, the leader of the last Conservative government: “Kind words butter no parsnips.”

In among the fanfare around this initiative there are words like “growth” and “increased productivity”. Again, in normal times they are laudable objectives. But right now, when farmgate prices are being slaughtered by too much production, the last thing many farmers will want to hear about is increased production.

It’s equally galling to be lectured by politicians about “improved efficiency”. Many of us would like to invest in our farms to make them more efficient, but the question is where is that investment going to come from?

I’m quite sure no one in government intended to rub any salt into any wounds, but for many that is how it might feel. But we are a resilient, resourceful, industry that has hit bad times before and lived to tell the tale.

It is important that government develops long-term thinking about agriculture because this a long-term game. Just as good farmers know that temporary fixes to farm fences will only shore up greater problems for later on, we should also recognise that a slow build is probably a better way to put down the foundations for a more sustainable future.

The areas highlighted in Defra’s growth plan – investment, exports, branding, skills, procurement, innovation – are all “on the money”. In particular, the recognition that bad regulation can stifle an industry is key.

But to return to the here and now. Government must not get distracted from immediate problems. There are actions it can take now to alleviate negative cashflows. To give one such current example: there are many farmers, particularly in the hills, who will be looking for prompt payments for the work they have done in managing their farms under ELS/HLS schemes.

It should be remembered here that these aren’t handouts. This is payment for “income forgone” in an agreed contract between farmers and Natural England.

The fear at present is these payments may be delayed as Natural England and the RPA wrestle with the new demands of the BPS administration brought in this year.

This is largely about resources in these government departments – with enough will, there is a way to make sure this money hits stretched farm bank accounts quickly.

It should also be remembered that estimates show these payments have a multiplier effect of five to one in the wider rural economy. This money does not sit around in farm bank accounts waiting for a rainy day. It gets spent and distributed much quicker and much wider. Farmers are not the only ones to take benefit here.

And this is just one example of how government can demonstrate it recognises its immediate responsibilities before it gets sidetracked by grand 25-year plans.