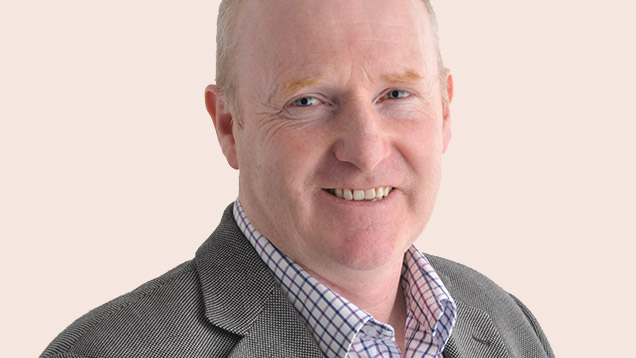 All too often the NHS is attacked in the press. Let me counter that by offering a good opinion of it and the healthcare practitioners that work in my area.

The reason is quite simple. Our local hospital recognises that what we farmers do for a living is not normal. In fact, as far as our local hospital is concerned, farmers are treated as being a different breed altogether.

I injured myself while I was doing a repair job in my workshop. A steel tape measure ripped through the fleshy underside of my thumb. The cut was deep and gaping wide, so it was off to A&E for me.

It turned out there was a sexual health clinic in the hospital that day so I found myself holding my thumb up as if I was hitching a lift, because I felt the need to make it obvious why I was in there.

When the triage nurse examined my wound, she asked if it was sore. I replied that it was “gowping” (throbbing), but I declined her offer of paracetamol.

I thought by refusing pain relief I might not appear a complete wimp. Her next question was: “What is your occupation?”. When I said that I was a farmer, she sighed: “That explains it, you’re a hardy breed, you farmers.” This made me feel a lot better about myself.

She then handed me over to the person who was going to “stitch me up”, with the parting words “he’s a farmer”.

The man with the sowing kit noticed that my hands were covered in calluses from farm work. However, his next question was designed to test the credentials of any hardy breed. Would I like local anaesthetic before I got my stitches?

Most people will not be given the option. Doctors don’t want patients wriggling about in pain or passing out while they apply stitches. It might not have been specifically because I was a farmer that I was given the choice. More likely, because I was clearly unphased by surgical procedures (the doc and I had, after all, chatted about the caesarean sections performed on my Beltex ewes that week). He understood that I was going back home to attend to my stock and there was no chance of me taking the rest of the day off.

The thought of arriving home with a lump of temporarily numbed meat hanging on the end of my arm was enough to make my mind up. I chose the hardy farmer option.

If I had that moment again, I might make a different decision. I cannot begin to tell you how happy I was when the last stitch was tied off.

The nurse who had held me down while the stitches were going in was then dispatched to fetch two different boxes of penicillin. Each box contained different strengths of the same drug.

When she returned, she looked at the boxes of pills, she looked at me and then questioned the doctor about the proposed dosage. Normally, patients would only be given one or the other box of pills to be taken three times a day. However, he could see by the look of me and my gnarled hands that I would be better to have both lots added together.

I was packed off with a tetanus jab and heaps of extra dressings. There was every expectation in the hospital that the dressing they had just applied would be contaminated with a mixture of meconium, tractor grease and cow poo before nightfall.

Well done the NHS for understanding how farming works.

Neale is an upland beef and sheep farmer in south-west Scotland. He farms 365ha in partnership with his wife, Janet, much of which is under stewardship for wildlife.