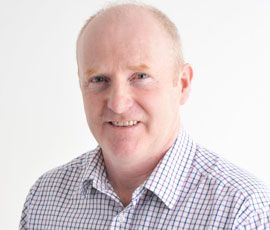 I went in search of the Loch Ness monster last month.

It wasn’t my idea, I hasten to add. We had a pair of students from an agricultural school in France living-in with us on a work placement for four weeks. Going in search of Nessie was on their wishlist.

We didn’t find the bear in question on the day we visited the North of Scotland, but there were other creatures notably being absent as well. Sheep of any breed were scarce and there weren’t many of that other iconic Scottish creature – the Hielan’ Coo. By the look of those unkempt hills in the North, it’s time she was reintroduced back into her natural environment.

There are many breeds of livestock that are named after the environment where they evolved, but the Highland cow is unique. None of the others could take her place in her natural environment.

We have our own native Galloway cattle down here in the South West where I live. They are brilliant cattle but these are girly wee hills with a pleasant climate down here in Galloway compared to the Highlands.

Just looking at all that expanse of empty land in the Highlands made me think that the resurgence of the Highland breed is possibly just around the corner.

With the likelihood of a minimum stocking rate being attached to the next generation of single farm payments something is going to be needed to stock those hills if a landowner wants to receive the money.

Prior to the Highland Clearances and the introduction of sheep, it would have been cattle that grazed those hills. The native cattle were cleared as well as the people to make way for sheep farming. So the idea of stocking the Highlands with cattle is not an alien concept.

In terms of the environment and restoring nature’s balance, there are also compelling reasons why Highland cattle should be restored to graze these areas at this time.

When the sheep appeared 200 years ago, for obvious reasons, it wasn’t long until the sea eagle was hunted to extinction. But, with the new, bullet-proof sea eagle flourishing everywhere I would suggest that keeping Highland cattle will soon be the only fruitful way of farming livestock in that part of the world in the future.

There’s just one thing holding back this great revolution. Well, two things actually and they’re both growing out of her head. The thing that makes the breed cattle so attractive to the eye will undoubtedly stop this revolution from taking place.

Cattle with horns are very unattractive to commercial farmers whose main driver is their pockets rather than their eye. The first obstacle is that they are undoubtedly more dangerous to workers; the second is that they are more expensive to handle in terms of equipment and time; and the third is that most abattoirs don’t want them for the first two reasons.

An “easy-care” Hornless Highlander won’t be so nice to look at, but they could be a mighty attractive proposition to commercial farmers if those three obstacles are removed.

After all, a breed like the Ayrshire cow would never have survived in Ayrshire if the breeders had insisted on keeping their horns.

What do you think about this issue? Have your say on our website forums.