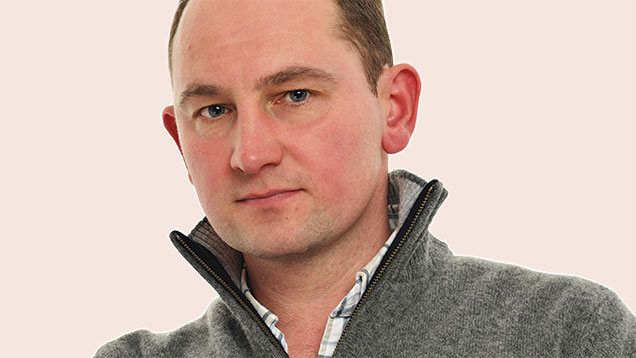 When I was eight years old, I was a committed Massey Ferguson fan.

This was a source of aggravation to Paul Taylor, our local John Deere salesman. He was trying to sell my father a 3040 at the time.

Paul was a good salesman and my views were easily influenced in those days. He gave me a John Deere toy combine and I underwent a religious conversion. My father went on to buy the 3040 and several John Deere tractors subsequently.

I still own the John Deere combine, although I am not the sort of person who would have it on display now that I am an adult. I realise that this isn’t true of all readers. My friend, Norfolk Ian, is into that sort of thing although he is always quick to point out that: “These are not toys, Matthew, they are scale models.”

Paul sadly died many years ago but, thanks to him, I still have green and yellow coursing through my veins. As blood infections go, mine is nothing like as serious as that from which some farmers suffer. I have never owned a John Deere baseball cap, for instance, and I would sooner be dead than seen walking around Lamma in a John Deere boiler suit and matching carrier bag.

What do you think about this topic?

Although we usually run two brands on our farm, we have purchased more John Deeres than any other make.

A tractor fleet consisting of two manufacturers’ products strikes me as the optimum balance. In my book, running only one make of tractor on a farm demonstrates a deficiency of spirit and imagination. On the other hand, I am always wary of farmers with three or more tractor brands operating in one field. It looks chaotic and irrational. I imagine such farmers as untrustworthy love rats who cannot hold down a relationship.

We defected to Case tractors in the late 1990s – the crude, cheap horsepower of the MX135 seemed to suit that era of hard work and low returns.

In 2007, we returned to John Deere tractors. We have a very good local dealer and the 30 series is comfortable. I like a comfortable tractor; I’m the farming equivalent of that old lady from the Shackletons’ armchair adverts. I apologise for that reference if you didn’t watch television in the Midlands in the 1980s.

This year we decided it was only good manners to try some different machines. The unexpected result is that we just have purchased our first Fendt tractor.

I was initially stumped by the mortifying complexity of the Fendt’s controls compared with the John Deere. I used the word “bamboozled” more times during the demonstration than I had in the preceding decade.

Once we had grasped the basic principles, however, we could see its benefits for precision operations such as planting and drilling. Deep down this choice feels like an act of treachery.

This has set me thinking about how good childhood experiences inform our instincts for the rest of our lives. This is why we should congratulate any farmers who participated in Open Farm Sunday again this year.

It is thrilling to see the photos of smiling children enjoying access to local farms and learning about our work. If, as adults, they feel the same loyalty to British farmers that I have felt to that toy combine, then this is a very generous legacy for the next generation of farmers.