First, it must be easy to get to.

Second, it much contain lots of really interesting stuff.

Third, there has to be a huge social element. And fourth, it must be easy to get away from.

Simple stuff, really, but not many shows have all four ingredients.

The Smithfield Show used to be the best for me – all that gleaming machinery crammed into a central London exhibition hall.

How did they get those combines in? Visiting was a doddle, London’s shopping was just outside the door and there were plenty of meeting places.

The Royal Show, however, was an annual “why bother?” moment.

We’d spend many hours trapped in a picturesque Warwickshire lane waiting to view rows and rows of tat.

There was also lots of livestock, of course, but that’s wasted on me.

These huge shows are gone now, of course – much of agriculture is still crushed by its existential crisis, seemingly unable to take pride in farming’s importance.

Luckily, the huntin’/shootin’/fishin’ industry is thriving – it has no time for existentialism.

After a couple of glasses of Pimm’s it can’t even say “existentialism”.

But its flagship show – The Game Fair – has itself been through a bit of a crisis. Last year, the organisers announced that it would cease.

A flurry of new shows sprang up in its place, only for the original to re-emerge.

Not all the multiple “game fairs” have survived, but if you like your country sports, you’re still spoilt for choice.

A proper Game Fair has all the best ingredients. The secret is to get there late, when the roads have cleared.

You might be parking on the edge of a field three miles from the action, but the shuttle tractors will still be running, and they will ferry you to Country Sports Heaven.

You’ll find row upon row of everything you need for a day’s politically incorrect activity.

The first place I go is the car area, to check out the off-roaders and four-wheel drives, and then maybe have a look at a coat or two.

There may be time for a venison burger and a drink, before saving the best browsing till last: the guns. 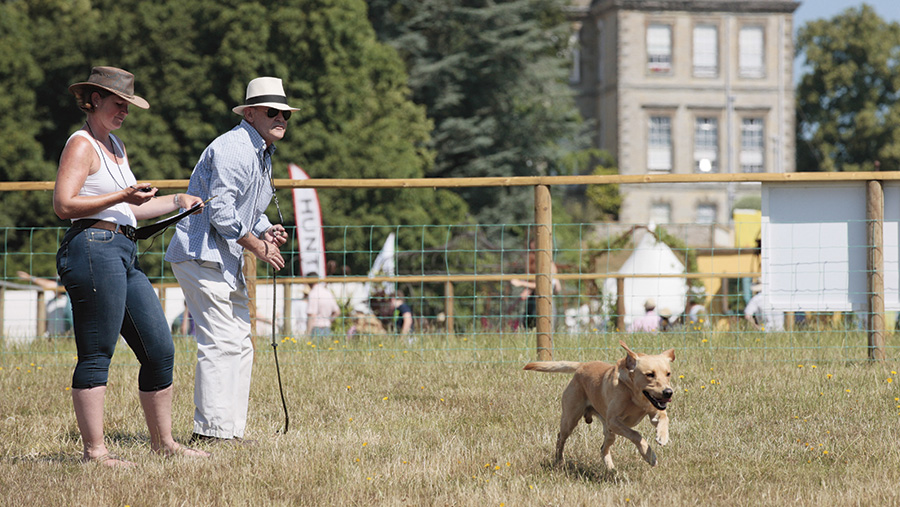 I’m assuming, of course, that I’m not at the BBC’s Countryfile Live show, where gunmakers will be banned as a result of the BBC’s policy not to advertise weapons or gun clubs (the policy also covers “adult” and “tobacco” products so presumably none of these will be on display at the event either).

In one pocket is my shotgun certificate, and in the other pocket is a wallet holding a credit card. 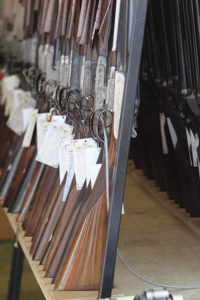 And somewhere in the scores of gun shops that have upped sticks and moved here for the weekend, each with a hundred guns to display, is my dream gun: the one that will sit in the hands as if it’s not there, mount to the shoulder effortlessly, and, most importantly, hit everything it’s pointed at. I know it’s there – it’s just a question of finding it.

I know what I’m looking for: a Miroku Grade 3 Trap which has been “sporterised” – the chokes are now half and half. It has a beavertail fore-end, 30in barrels and a 14½in stock.

Year after year, though, I fail to find it. I did come across one that was a nearly perfect match a few years ago, but moved on to browse another couple of shops, and then completely forgot where my uber-weapon was.

There was no time to retrace my steps, because the shops were beginning to close, and most visitors were heading for their cars, psyching themselves up for the battle to get out.

But this is when luckiest aren’t heading for the exits – we’re heading for one of the after-show parties, for a couple of hours. A weak shandy (for the drivers), killer cocktails (for their passengers) and gossip and laughter with like-minded countrymen and countrywomen, some of whom we haven’t seen for a year, but greet us like best friends.

As the evening gets dark, it’s time for the long walk back to the car.

The shuttle trailers have long since stopped, the barbecues and stoves have started up in the camping area, and a lazy smoke drifts over the venue.

The credit card is untouched, the 40-minute walk is calming the drinks party adrenaline rush, and the roads home are empty.

That elusive Miroku remains unbought, unloved, unfired, packed back into its box. Who knows – perhaps our paths will cross next year.