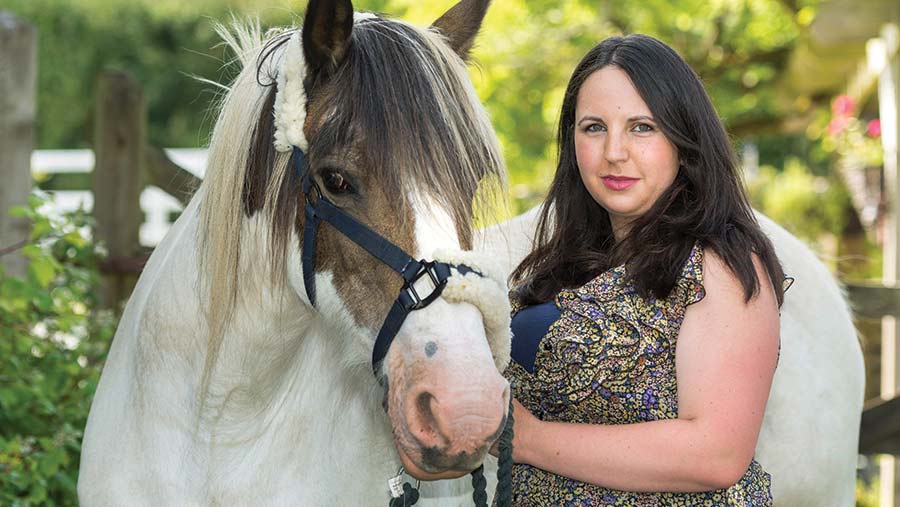 “Where there’s livestock, there’s deadstock”, as the old saying goes. Well I know that’s true, but it was little consolation to me last week.

My new mare came as a “buy one get one free” and, while I had no plans to breed a foal, when we discovered her extra cargo I quickly came around to the idea.

We watched Hazel carefully as she got bigger and I was getting so excited as she appeared to be getting ready to foal.

I was gutted when William came in early one morning after checking the dry cows to say there was a dead foal in the field. The vet confirmed that the foal was a little early and had died due to the cord getting twisted. There was nothing I could have done to stop it happening. Hazel, thankfully, is fine and once she has had a few weeks of rest, I’ll be able to get back to riding her.

Calving, on the other hand, has been going swimmingly, with almost half the cows calved and out to grass. When I say grass, I mean fields – this has been the slowest spring we have ever known here in Cornwall. The ground is so wet and it has been really chilly, we have been unable to get fertiliser out, but even if we had, the rainfall would have just washed it away.

Usually by now the grass is starting to get away from us and we are preparing to make first-cut at the start of May. No chance this year. The cows are chasing grass around the paddocks and all the youngstock and autumn calvers are still indoors. We made so much silage last year that it isn’t a concern but we are desperate for a change of routine. The endless drudge of bedding up and scraping out is starting to wear us down.

We were relieved to go free of TB at our annual test and have been thrilled with the prices for the store cattle we have sold so far. They are the first stock from our Limousin bull and we are so proud of how well they are performing.

We made the right decision to move away from native sires and focus on producing a more commercial store. Looking to the future we can now focus on refining our production system and achieving the best growth rates while pushing up cow numbers.

The Hereford will still play an important role as a maternal sire and to use on heifers, but the Limousin calves are here to stay. So too are the dairy beef calves we have been buying from an old YFC friend. I have been taking batches of Angus crosses every other week for a couple of months now and they are performing really well.

I have dipped in and out of calf rearing over the years but now that Edward and Lydia are at a more manageable age, I find I want to be more hands on with the farm again.

I will be selling them as large stirks and hopefully, as I increase numbers, I might be able to build a purpose-built shed for them. At present they are stashed anywhere I can make a pen and I’m waiting for cattle to be cleared out of the big barn so that I can move them up there as they are weaned.

It is disturbingly quiet in the house as I write this column. I’m usually constantly interrupted by the kids, but this week they’ve been whisked away by their grandma to visit with our family in Dorset.

While this is a welcome break, I do feel a bit bereft without my little helpers. I’m sure they are having far too much fun to miss us. It’s only when they aren’t around I realise just how much of my day is taken up with making sure they are fed, watered and safe. No easy task when they are both little scamps and would be off up the yard like a shot if I turned my back for a minute.

I recently bought them a small flock of hens and ducks to keep in the garden. Edward is chief egg collector and Lydia loves to practise her stock handling skills by trying to catch them. Alongside the chicken run, I have erected the polytunnel William bought me at Christmas for my plants. The recent weather certainly tested our engineering skills and we had to reinforce the pegs holding it down before it took off like a kite in Storm Katie.

Anyway, I’m off to work out how to fill all my child-free time for the week. I could do loads of jobs I’ve been putting off, or I might just sneak off to town for a little solo retail therapy, I’m out of calf milk powder.

Jess and her husband Will run 75 suckler cows on an 80ha National Trust farm on the Devon/Cornwall border. They have two children, Teddy and Lydia. Jess has a degree in rural business management and enjoys horse riding in her spare time.