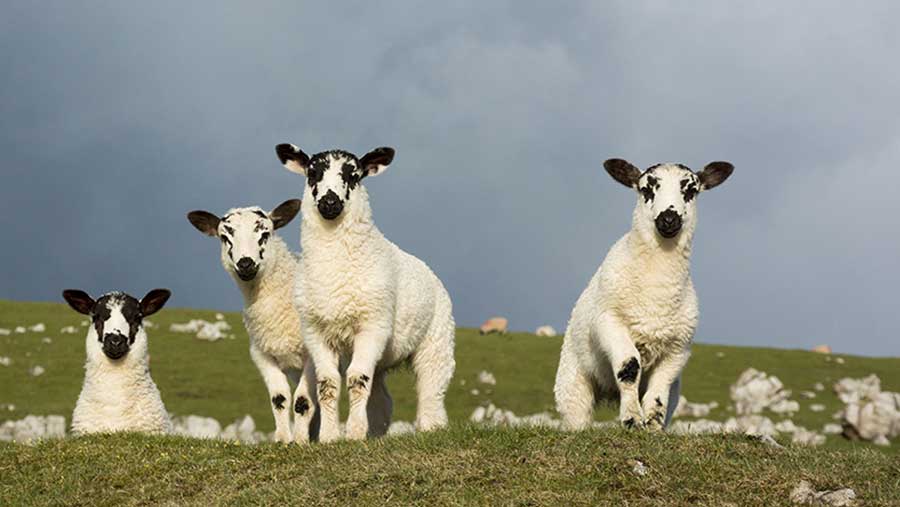 My old dad was usually of a cheerful disposition but, even so, his mood would notably lighten at the prospect of the month of May. “The growing and mowing month,” he used to call it.

Now that I’m of the age where I have belatedly come to realise that my old chap was far more often right than he was wrong, I have found that his delight in the very merry month of May is firmly implanted in my DNA.

The last few days of the often difficult month that is April are made all the more bearable by the knowledge that it will soon be May.

Guy Smith comes from a mixed family farm on the north-east Essex coast, which is officially recognised as the driest farm in the UK. He is also vice-president of the NFU

In May, the world becomes a far more verdant shade of green.

The farm stock and wildlife become more cheerful, the sun shines brighter and the crops flatter us, full of the promise of record-breaking yields.

The prospect of a good harvest becomes significantly more tangible.

Most importantly, the ambient temperature will rise like the sap in a newly unfurled leaf to become warm enough for most outdoor pursuits to be enjoyed in comfort. And here endeth the Smith long-term forecast.

Meanwhile, back in the real world, May is traditionally form submission month in my calendar. In the past, I used to have the terrible habit of burning tyre rubber along the A14 on 15 May to get my IACS forms into the Maff offices at Cambridge.

I used to arrive in the car park to find other red-faced, puffing farmers all feeling the embarrassment of having left this important job to the last possible minute.

I remember being in those offices when a po-faced receptionist fielded a call from a farmer who wanted to know at exactly what time the deadline of midnight on 15 May actually was. “12am”, was the tight-lipped response.

Of course, over the years, I have realised the error of my errant youthful ways and now I prepare for this important task much earlier.

The trouble is that, this year, I have an added complication – it looks as if I won’t have been paid for 2015 by the time I have to submit my 2016 application.

Technically, the fact I haven’t been paid for last year shouldn’t stop me putting in my 2016 application, but I’m one of those simple souls who likes to see life as a sequence of stepping stones.

I suspect this comes from the conditioning I have had through farming, where you harvest a crop in a field before you plant another one. By clearing the field you can check the ground is in proper order before you start a new cycle.

The unpalatable fact is many of us, even those who have been paid, will be submitting our all-important BPS forms worryingly short of confidence that things are in good order.

Just as we need utmost precision and clarity, we will be filling in information shrouded in a fog of uncertainty about mapping, coding, field data and entitlements.

Understandably, the focus of our ire in all of this is the RPA. But it is time we firmly bring this to the attention of the top of government. The proper running of large, national IT projects is an indicator of competent government.

Responding to a question in the House of Commons in April about the problematic performance of the BPS, David Cameron said: “We must ensure that lessons on how to make the system work better in future years are properly learned.”

Well said, prime minister, and remember: the buck stops with you.