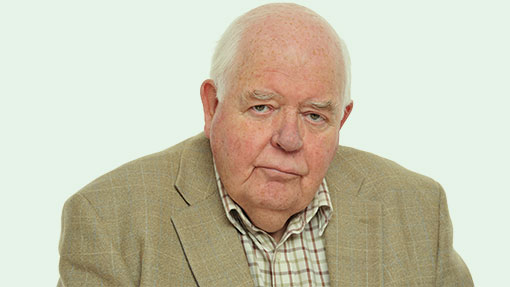 The leaves on the trees were turning from green to yellow, brown and red, and a few fluttered to the ground.

The sun had lost its summer warmth and there was a chill in the breeze. The countryside looked beautiful and my wife, Lorna, and I took a weekend trip to visit farming friends where, arguably, autumn looks at its best – the Berkshire/Oxfordshire border, alongside the River Thames.

The area is characterised by historic estates – many that join one another and that’s one of the main reasons it has retained most of the high woods planted by previous generations from which to shoot pheasants. But more recently its rolling landscapes and proximity to London have attracted investors, stockbrokers and TV stars. In short it’s a mixture of old and new money, both of which find land ownership attractive, providing opportunities for astute farmers to manage these assets alongside their own holdings.

Our hosts are among that number and have built up an impressive portfolio of contract farms north and south of the Thames. Inspired leadership enables them to manage some 3,200ha with only four full-time arable staff; to run a flock of 1,500 ewes; and more recently to install an AD plant fed by maize and rye grown on the acreage they manage. Indeed, from that summary you might recognise the enterprise run by Ed Bishop and Guy Hildred, HBH (Farming), which was regularly featured in Farmers Weekly a year or two ago.

By any standards, theirs is a success story achieved in the 10 years they have worked together. And these days they are in the fortunate position where landowners invite them to manage their estates. They do not, they stress, pay the silly prices sometimes talked of for contract farming opportunities. Instead they provide a professional and caring service, leaving the farms looking as the owners like to see them.

However, one of the biggest farming concerns in the area that the HBH directors hope will largely pass them by is chemical-resistant blackgrass. Fortunately, across most of my county of Norfolk, blackgrass is not a major problem. We grow spring crops such as sugar beet in preparation for which it is customary to plough. We also grow spring barley, spring beans, spring-drilled vining peas and so on, which have delayed – if not eliminated – the blackgrass problem.

This is not the situation in the area we were visiting (nor across much of the East Midlands through which I have driven this year, and other areas I have not seen, I don’t doubt). As those with the problem will be aware, it is caused by a combination of factors. Chief among these is reliance on autumn-drilled combinable crops with too short a time between one crop being harvested and the next being planted. Straw and stubble-burning delayed the proliferation of blackgrass but, when it was banned, a valuable weapon in the fight against it was lost.

Spraying also controlled it for a while until the weed developed resistance to chemicals. All of these factors, combined with the trend towards minimal cultivations for economic reasons as well as to reduce carbon footprints, exacerbated the problem. Now one of the partial solutions that appears to work is a return to ploughing and spring cropping. In extreme cases some choose to fallow badly infested fields.

I suppose the lesson is that short cuts don’t last long and old-fashioned husbandry is still best in the long run.