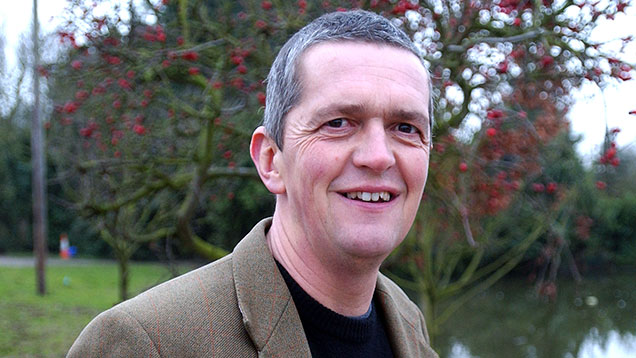 I had the privilege of being in Dublin in January to witness the Irish Farmers’ Association mark their 60th anniversary.

It was one of those little jobs that you get given as an office holder of the NFU. As you can imagine, finding myself at a free bar in the midst of two thousand Irishmen in nostalgic mood was not one of the worst of days I’ve had to endure.

In among all the Guinness-fuelled conversation, I tried to discuss how the Irish farmers were handling the new CAP implementation compared with the situation in England.

See also: What do you think about this topic? Have your say on our website forums

Predictably by way of reply, I just got a rendition of an old joke that refers to the importance of EU payments to the income of the average farmer.

It goes along the lines of: What does the modern farmer fear more than disease in his stock or tempestuous weather? Answer: A postal strike.

“I’d happily forego all my entitlements and support payments if I could farm in a world where no farmers anywhere got support payments, but I’m a bit wary of not applying for them when my competitors are.” Guy Smith

I suppose the up-to-date version of that joke should read “IT failure” rather than “postal strike”.

I’m one of those farmers who has a love-hate relationship with the CAP and its paperwork – or should I say “screen work”.

I’d happily forego all my entitlements and support payments if I could farm in a world where no farmers anywhere got support payments, but I’m a bit wary of not applying for them when my competitors are.

While my counterparts in France and Germany are benefitting from the CAP, I’d prefer to keep the playing field level by being in the support system rather than nobly setting a lone example outside of it.

So sure enough, just lately I’ve been in the somewhat surreal position of trying to verify my identity to a computer screen to make sure I’m in the game. It wasn’t as brain aching as it sounded.

Unlike most farmers who tried and failed to digitally register through Experian, I was lucky in that I had a mortgage which meant I had a financial relationship with a mortgage provider which, in turn, meant Experian could verify who I was.

It’s not often I feel grateful that I have a mortgage. I’m told another way Experian easily verifies applicants is if they have a criminal record, but rest assured in my case it was the mortgage.

So now that I’m registered and in the system, I sit and wait for the RPA to add the functionality to the mapping programme so I can establish my EFA.

Given my pre-2012 ELS/HLS scheme and my field beans and my hedges, then digitally mapping my EFA should also be fairly painless.

Having said that, until it comes alive so we can test the system you can’t be sure there might not be more glitches that will need sorting.

“In the past I have stupidly taken pride in burning tyre rubber on the A14 on 15 May to make sure I got my forms in on time.” Guy Smith

One thing I have resolved this year is not to repeat my usual trick of leaving things to the last minute.

In the past I have stupidly taken pride in burning tyre rubber on the A14 on 15 May to make sure I got my forms in on time. This year, given the principle commonly known as “Sod’s law”, I’m going to maximise my window of opportunity by setting about the application exercise as soon as the system allows.

That way, if there are unforeseen problems due on the extra complexities then I’ve maximised my opportunity to sort things out.

As the Scottish bard wrote: “The best laid plans o’ mice and men gang aft agley.” So here’s hoping not to many of our BPS plans go “aft agley” before May.