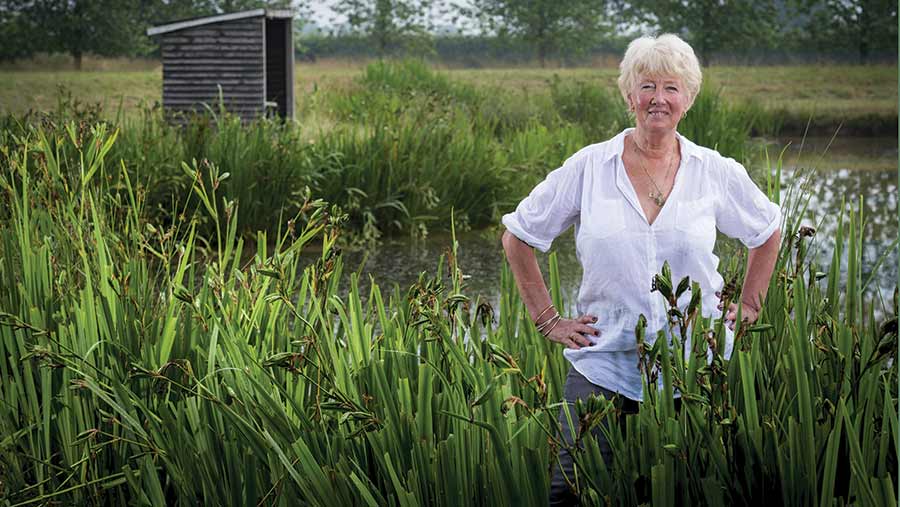 As I strapped yet another cold compress on to John’s bruised ankle to reduce the swelling, I reflected that this kind of mishap – missing the bottom step of the tractor as he jumped out in a hurry – was happening more frequently.

“I’m definitely not moving as fast as I did a few years ago,” he has said on more than one occasion. Usually after dodging an irate bullock, grumpy tup or peeved wife.

With the increasing mechanisation of farming, John – like many farmers – works alone in the fields for the majority of the time. He has always been very safety conscious and does not consider himself to be any more at risk of accidents now, at a mature time of life, than when he was younger. It’s just that it takes longer to get over bumps, knocks and scrapes these days.

The sheep and cows, however, continue to move at the same speed. This can complicate matters. But some areas of farming have been shown to be hazardous in a far more insidious fashion than a straightforward confrontation with a bad-tempered bull. For instance, the adverse health effects from exposure to organophosphates in the dip mixtures we used 20 years ago to control blowflies.

I remember that before their use was compulsory, we left our new, unopened bottle of OP dip in the poisons shed and bought – at vast expense, John grumbled – some of the new, all-in-one spot application insecticide to prevent the lambs being attacked by blowflies. Two-and-a-half weeks later, we had lambs with maggots. The stuff had not worked. Straight after milking (those were the days), we rounded up the flock and singled out the animals affected. John then fetched the unopened bottle of OP dip.

Undoing the cap, he came across a metal security seal. This was newfangled stuff. It also made the contents of the bottle virtually inaccessible. So out came his trusty farmer’s knife, used for all purposes from buttering bread to gutting a rabbit. I jest not.

A purposeful dig under the side of the seal, a quick twist and the seal shot out of the bottle. So did a generous glug of concentrated dip, soaking the front of his shirt. By the time he had got back to the farmhouse to change and shower after we had dipped the lambs, John was already faint and sweaty. He came back downstairs white, still perspiring and light-headed. He tried to climb into a tractor and collapsed. I rang our doctor. “Get some fluids down him,” I was told. “Lie him down. That stuff slows down the heartbeat. If it continues, ring for an ambulance.”

I made him drink a pint of orange juice, but he grumbled at every mouthful. Picking his shirt up to take it to the washing machine also treated me to a good lung-full of sheep dip vapours. Now I was always a sheep dip addict. Loved that disinfectant smell. Thought it all seemed so healthy. But that day, I felt dizzy as well.

“Out came his trusty farmer’s knife, used for all purposes from buttering bread to gutting a rabbit” – Bobbi Mothersdale

As for John, he settled down for a few minutes to recover and, although I did not notice any signs of a slow heartbeat, I could detect a slow snore. But we quickly disposed of the OP dip after that occasion and stuck to pour-ons for blowfly control.

Dips were not the only hazards to be encountered on the farms in those days. Do any other farmers’ wives remember the inflamed passions and subsequent potential rampant behaviour of their husbands caused by the sight of the Abertay potato sack calendar girls?

Those provocatively dressed models, draped over bulging, heaving potato sacks, led John that year to demand a complete change to my working wardrobe and modus operandi.

I remember being convinced at the time that it was him who wrecked the air-conditioning in the big tractor to force me to strip off my Liberty vest and thermals. My woolly socks mysteriously disappeared and, in their place lay packets of sheer, seven denier stockings. Trusty garters, carefully stitched together from a length of elastic to stop the worst excesses of wrinkles appearing round my ankles, were replaced by black suspenders.

And it didn’t end there. His friends who used to go turkey plucking with him at Christmas will remember the hassle I lived through. They knew how quickly he could strip and pluck a well-fleshed bird.

It would not have mattered so much, but the whole thing was so damn impractical, although it did have its plus points. When I was leading corn, clad only in Janet Reger, the road ahead cleared magically as oncoming drivers swerved off in total amazement. Or horror.

This mode of proscribed dress also led me to insist on John fitting internal locks on tractor doors. It was alright him stipulating that it was all required work gear, and I was, to a point, prepared to share the consequences of it with him in the tractor cab. Only him, though. Not all of East Yorkshire.

In retrospect, the Abertay Sacks girls did a wonderful job of brightening up milking parlours and meal sheds all over the country. But did the advertisers realise the havoc they were wreaking? When I hit the sack, potato or otherwise, at night, I wanted to go to sleep. Fortunately the campaign came to an end, but those girls had a lot to answer for. Wonder what they are advertising now. Sanatogen?