While the fortunate sheep farmers down country (where the living is easy) have by now finished lambing, up here in the hills (where the chips grow big on our shoulders) events are still in full swing.

If you are considering venturing into sheep farming, allow me to present a sideways glance about getting to grips with this time of year, which is always the most stressful period be a progressive sheep farmer. 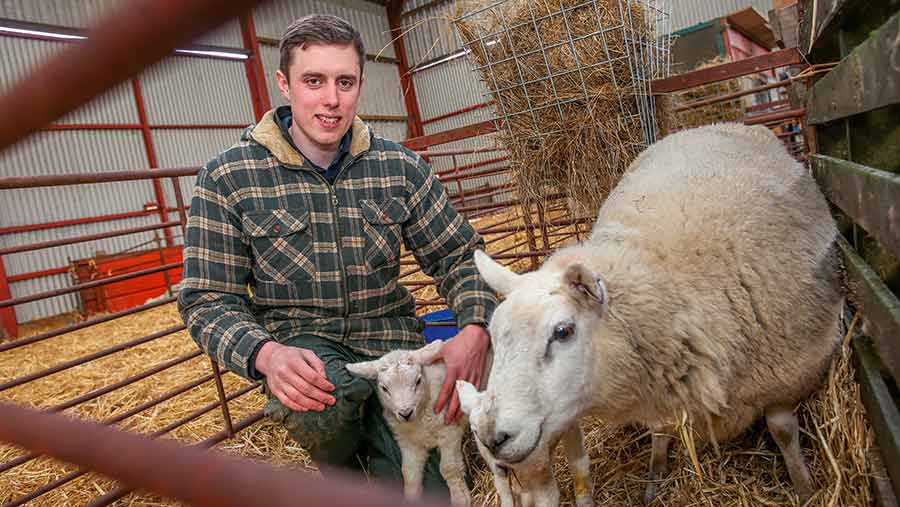 When the cash-strapped dairy farmer spots the first dozen ewes lambing from the seat of his tractor (and I do hope it’s not a French one), it’s probably time to bring them home from their winter tack.

Of course, you may have to go to investigate for yourself as he will be too busy doing the sort of hours daily that we complain about doing for six weeks a year. While you’re doing that, have someone put up some mothering pens.

2 Vehemently deny having any mothering pens to anyone who asks

It’s their opening gambit in deciding whether you’re traditional or forward-thinking. Did you admit you do have them? Congratulations. You just fell at the first hurdle. Didn’t you know that the great “In or Out” pendulum (I’m talking where to lamb, not the EU referendum) is currently pointing towards “Out”?

Now you’re less new kid on the block, more stick in the mud, merely producing a product the way that previous generations did (before we criticise them, we ought to remember they might well have been paying off horribly big mortgages in an era of cripplingly high interest rates). You’d better:

Andrew Meredith lives near Newtown in mid-Wales. After graduating with a degree in Agriculture from Aberystwyth University in 2011, he returned to the area and spends Mondays droving at Welshpool market and the rest of the week working with his parents on their upland beef and sheep farm

After the disaster with the pens, you wouldn’t want anyone to see you shepherding them in the hours of darkness, would you?

You shouldn’t be intervening now until you shear them in June. Before lunch. By yourself. Speaking of which:

4 Manage on your own

You only have a 1,000 left to lamb and if word reaches New Zealand that you think you’ve found room in the gross margin for some help, rather than work 30 hours a day, you’ll never be able to show your face on Twitter again.

The average flock size per shepherd over there is 3,000, but then they often do have a few more acres to play with. Not to mention a few less rule booklets marked “Cross Compliance Regulations”.

5 Got a ewe that needs veterinary attention?

“First loss is the best” would make an excellent tattoo on your forearm. Perhaps safely fire your shotgun once or twice a day at a passing crow for extra credibility.

If you do get caught sneaking down to the vet, be sure to insist that it’s the beloved pet of your spouse/child/purebred New Zealand Huntaway and that you’re making an exception this one time only.

These young lambs are weak, defenceless carriers of a host of pathogens. Now is not the time to get sick when you have carefully filtered photographs of your only field with grass in to upload to social media. Always wash your hands before making a cup of tea.

7 Get into rotational grazing

Your grandfather’s generation were fools pushing out all those hedges and making big mowing fields. Your father’s were even bigger ones messing about with high-tensile and barbed wire.

What you need are one-acre paddocks fenced carefully in every direction with three miniscule strands of electric nylon.

That’s what’ll stop a hungry ewe and a lamb the size of a teapot. While you’re at it, read enough of Dairy Update so you can talk knowledgeably about plate meters, dry matter output her hectare per year, and the unspeakable price of nitrogen. But don’t forget, before your lambs even get their first taste of 10,000 volts:

Honestly, the more the better. At least two though. Preferably the same number in each. Preferably in different ears.

Patting yourself on the back for getting the stick reader? You’re barely half way there. Progressive farmers have the synchronised weigh crate as an absolute minimum. Ultra-progressives have auto-drafting as well. Once you’ve got some lambs tagged, it’s clearly time to:

The acronyms come thick and fast in the world of the EBVs and this is the gateway into a host of the most important. DLWG, FCR, and BLUP will all become a second language for you to converse loudly in at the Innovis stand.

Measure absolutely everything. If in 20 years you haven’t increased your birthweight by 200g, output a ewe by 20% and the speed you can drive to the knackerman by 5mph, consider yourself a failure. Getting a bit short of cash by now? Still five months until you’ve got any product to sell? You’d best nip indoors and:

Frantically submit your BPS application form at the earliest possible opportunity in another.

Remember, your farm is a business designed to stand on its own two legs, face first into the icy blast of the free market. It’s imperative that you ride the waves of currency fluctuations, geopolitical events, freak weather and changing consumer tastes entirely on your own in your quest to protect the countryside and feed the nation.

Until the bill comes for the 40t of sheep feed, that is…