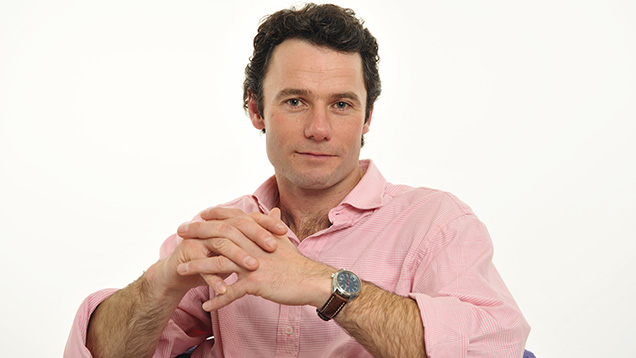 Sir Peter Kendall was involved in an exchange with a dairy farmer about the lack of advertising support offered by the industry, in particular DairyCo (now AHDB Dairy) at a recent food and farming debate hosted by the Hertfordshire Agricultural Society.

The woman felt that UK dairying was not getting promoted as best it could be. Sir Peter responded with a number of statistics that pooh-poohed the value of generic marketing campaigns, citing milk and pulled pork as examples of failure.

I can’t dispute his figures, but I disagree with the notion that all generic campaigns are a waste of money.

Three weeks ago, Open Farm Sunday celebrated its 10th year. Nearly a quarter of a million people visited a farm on that day, for what is essentially a piece of generic experiential marketing. Without doubt those visitors will regard UK farming in a more positive light.

While we can – and will – continue our farm and food education work in schools, sadly vast swathes of those aged 20-65 still do not “value” the farmer and hold agriculture in a positive light. These people are the key decision makers at the checkout. A collaborative cross-industry agri-food campaign has never attempted to redress this.

Farm minister George Eustice recently announced plans to introduce a long-term strategy for agriculture, to reverse Britain’s declining self-sufficiency which has fallen from 78% to 60% in the past 30 years. “Self-sufficiency will go up as a product of having a vibrant and successful industry,” he said.

Encouraging words from Mr Eustice, but not entirely accurate. Self-sufficiency will only increase if UK consumers purchase more British produce.

The Institute of Grocery Distribution (IGD) is often quoted as saying that people will only buy a British-grown product in favour of an imported alternative in the event of a tie-break, in other words if quality and price are the same. Have we ever tried to convince the UK consumer that they should value the work of their own farmers more than that of farmers from elsewhere in the world?

We are a thriving industry that spends too much time navel-gazing and obsessing about production and not enough time, expertise and money focusing on our sales and nurturing our brand.

Denmark, a country with less than a tenth of the population of UK, spends in excess of 10m Danish krone per annum on a generic campaign. Their extremely successful “there is a beautiful land” campaign which sees farmers as role models is changing perceptions among a very sceptical and critical public.

Self-sufficiency is only one of a number of key issues that require the support of the general public and could be influenced by a generic campaign. Portraying farming in a more positive light means key influencers such as teachers, parents and politicians will be more receptive when we are attracting our future workforce. The electorate would understand the value of agriculture when voting for a referendum on Europe. Agriculture would be granted a more balanced identity in the wake of increased political pressures from NGOs. And teachers may be encouraged to adopt more of our education initiatives in schools.

Cross-industry initiatives can work very well indeed as can be seen by the successful Bright Crop careers initiative. It is time that the whole sector invested in a broad-reaching campaign that induces a step-change in attitude. Expensive it may be, but if we are to be a vibrant and successful industry we need the British public to value their farmers more than any others.

Ian farms 700ha in Hertfordshire. The farm is a Leaf demonstration unit. Ian is also the founder of Open Farm Sunday.