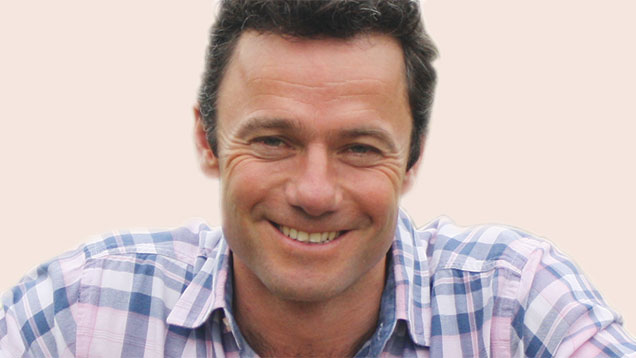 It is fascinating how long it can take a good idea to crystallise in agriculture.

In fact, many a good idea needs one or two reincarnations before it gains the momentum required to reach what the author Malcolm Gladwell described as the “tipping point”. That moment of critical mass, when an “idea, trend, or social behaviour crosses a threshold, tips, and spreads like wildfire”.

But quite often an idea is canned not because it is bad, but because the timing is wrong. Gladwell refers to this as “the power of context”.

In the mid-1970s, direct drilling was in vogue​ and Bettinson’s triple D was very popular, but it never made tipping point.

A few challenging years, couch grass and an uplift in the value of wheat prevented the technology from gaining the momentum required. Direct drilling was kicked into the long grass for 30 years and labelled a fad.

Three decades later, “the power of context” has changed and direct drilling has been re-released like a Freddie Mercury album. The threat of blackgrass, less available chemistry, and the cost of cultivation are making farmers more receptive to change. Most importantly, we realise that there are more pieces to the jigsaw than we first thought. Direct drilling isn’t the panacea. Soil health is. And cover crops and minimal soil disturbance are two important pieces of that jigsaw. I believe direct drilling will reach tipping point by the end of the decade.

My attitude to GMOs has followed a similar path. On a recent trip to Des Moines, Iowa, the beating heart of biotech, I learned of the new horizons possible with second- and third-generation biotechnology.

Prior to my trip, I regarded the EU’s non-GM stance as frustrating and a barrier to progress for EU farmers. But on reflection, I believe the EUs anti-GM position will benefit UK agriculture in the longer term and help the technology achieve the tipping point of acceptability among consumers.

Why? First generation GMOs such as Round-up ready soya beans and corn, regardless of arguments about reduced pesticide use, never offered any perceived benefit to the consumer. The portrayal of the breeder as villain, with the farmer lining their pockets with little regard for anyone else has been hard to quash. In fact, many would go so far as to say The Daily Mail’s Frankenstein food headline was the tipping point of anti GM fervour.

By resisting biotech in Europe thus far, we have kept our powder dry. Second- and third-generation biotech will focus on providing solutions to issues such as the famine in Africa, environmental degradation and the declining number of pollinators.

Furthermore, there are exciting advances in finding a solution to the colony collapse caused by the bee varroa mite through RNA Interference. This is a technique that has been used in medicine for targeting cancer genes for more than 15 years. Work is also under way on gluten-free wheat and nutritional fortification of sorghum.

All highly emotive, these advances make the concept of GM technology easier for the lay person to understand and appreciate. Longer term this will positively influence the use of GM in Europe.

​I am sure Gladwell would agree any technology that improves​ soil health or combats famine should have a fair chance of ​reaching tipping point.