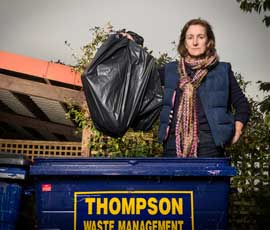 A drama of immense proportions has been playing itself out near our farm in Elsham, which adjoins a sleepy village close to the Humber bridge.

One Sunday we were informed by text that travellers had arrived with 10 caravans and were making themselves comfortable on our land. They had arrived and unpacked and the area was covered with dogs and children.

The policeman in charge of the local countryside watch rang the current husband and suggested that the pair of them go and visit the newcomers and assess their intentions. Meanwhile, the jungle drums started up. The nearby industrial estate employed security guards overnight to patrol. The village was up in arms with phone calls asking Andrew what he was going to do about it and the occupiers of the adjoining runway (Elsham was a bomber airfield) were threatening to erect an earth barrier around the travellers, blocking them in or out, depending on the time of day.

Andrew met with the policeman and two lady travellers, an Irish girl and her mother (all the menfolk were off-site). When asked how long they proposed to stay, she said until the following Sunday when they were heading off to a religious festival. I must admit, I snorted in derision and said that the chances of them keeping to their intended dispersal date would be as likely as The Prince of Wales dropping in for a cup of tea (for the second time) to Scunthorpe. Andrew asked her to sign a piece of paper to that effect. She explained that she could not write and nor could her mother, but she did eventually write her name.

The call to arms continued with more texts all week. Work on the soil mound commenced. Andrew investigated a court order, just in case. Carl, Andrew’s right hand man, asked the visitors to move some junk and children’s toys so that he could lightly cultivate the land adjoining the hard standing. The travellers moved the toys, not the junk, and Carl, anxious to avoid their dogs had to work over the rubbish.

The following Sunday morning, just before Andrew set off with the friendly policeman in tow, fully expecting to see the camp still in situ, another text came through saying that the camp had moved on. They had indeed left, leaving neat (although extensive) piles of rubbish. The cost to Andrew has been the £150 paid to a local solicitor to prepare documentation “just in case” and the cost of removing the rubbish.

Was it just us? Were we abnormally lucky and those particular travellers were genuine and really were heading for a festival? Am I just incredibly stupid to believe that there are people out there who do want to travel and won’t steal you blind as soon as your back is turned? Perhaps.

What shocked me most was that the Irish girl and her mother are completely illiterate. The travellers, from the limited amount that I have seen and read, seem a canny bunch. If they received some sort of formal education, they would be formidable in business. What shocked Andrew the most was the proliferation of expensive Fendt caravans.

I can hear snorts of derision over the marmalade from everyone who has been badly affected by a close encounter with the travelling folk and there are plenty of horror stories out there.

The current husband thinks that I am incredibly naive to believe that a “Travellers Charter” could be agreed with the various genuine clans that inhabit our country. Could we agree that a group would stay for a set period and then move on? That they will leave the site clean and tidy with all rubbish removed? That they will respect the people and property who live around the site and that they will not cause a nuisance?

With simple rules (I am not so daft as to expect anything in writing), could we not let genuine groups stay for a while on cropless land or hard standing? Maybe we were just lucky.

In the same week we caught another interloper, much closer to home. I was walking out to the pig field to carry out a live broadcast for Viking radio, who have adopted a pig (called Josie) and wanted to know how her nine piglets were getting on – it’s nice to go for a bit of authentic pig snorting on the radio.

When approaching her ark, I was amazed to see one of our six-week-plus weaners snuggled in alongside the nine tiny piglets merrily suckling away while Josie turned a blind eye. When they finished suckling and Josie stood up, she didn’t even make a fuss.

I’ve heard that there is a pandemic of older human offspring deciding to return to the family home to raise money for a mortgage or simply to live free while looking for a job.

The weaner looked most perturbed to be returned to his pen and I couldn’t help but think that the look on his face must be reflected in those all over the country, when parents at last get fed up and issue offspring with their marching orders.

I do hope that I can be as gentle as both my current husband and Josie when it comes to dealing with my interloping angels.

Sally and husband Andrew farm 364ha just outside Scunthorpe in North Lincolnshire. They have a farm shop, The Pink Pig Farm (a former winner in the Diversification category of the Farmers Weekly Awards), with a 90-seater café and farm trail. Sally is currently chairman of FARMA (the Farmers’ Retail and Markets Association).