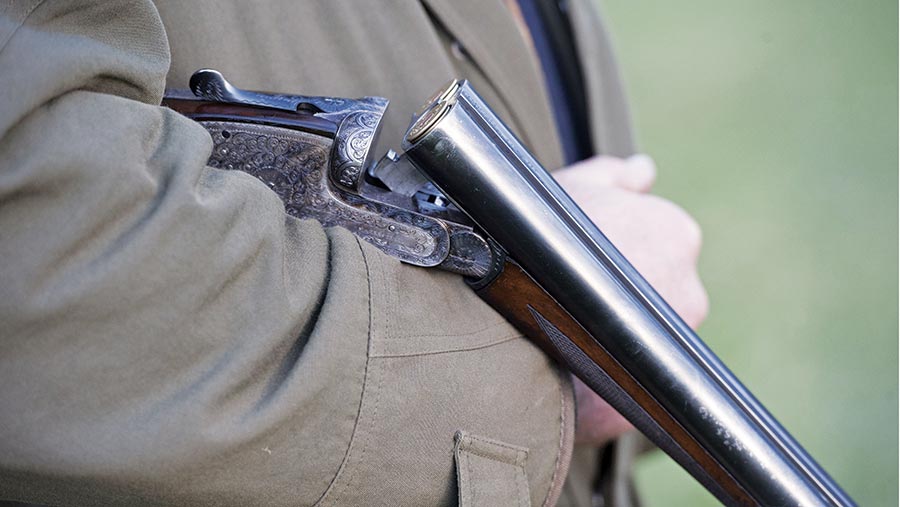 With the spotlight increasingly on guns and the laws covering them, Farmers Weekly asks two of its columnist – one in the UK, one in the US – for their opinions.

Gun rules in the UK are much tighter than in the US, the question now is will our laws be relaxed or will their laws be made more restrictive?

I’ve grown up surrounded by guns. There was always an airgun and an air pistol available for farm use. I discovered shotguns at about 12, starting with a single barrel .410, and working my way up through the gauges to 12-bore.

At school, rifle shooting was always on the curriculum – air rifles in a dusty gymnasium when I was about six, and long sessions on the ranges at Bisley, with the famous .303 Lee Enfield No. 4, a decade later.

So I like to think I know a bit about them. I can, for instance, bore for Britain on the merits of chopper lump barrels, or the dangers of using 70mm cartridges in pre-war Damascus barrels. With a bit or revision, I reckon I might still be able to adjust for windage at 500 yards on the Century Range.

Two thing baffle me, though. The first is the claim that V-springs give crisper trigger pulls than coil springs, and the second is the widely-held belief that gun crime can be solved by clamping down on the civilised, law-abiding gun-owning fraternity.

The modern armed criminal isn’t interested in sawn-off shotguns. Such weapons belong to an era when bank robbers wore stockings over their heads, and made their getaways from their latest “job” in a Jaguar Mk 2, chased by bumbling rozzers in a Granada. Bank “robbers” these days wield a keyboard and a mouse, and a convincing line in “could we just have your password, Madam?”

Things have moved on. Urban gang warfare does not rely on a supply of double-barrel 12 bores from farmhouses. Why be so old school when semi-automatic pistols and machine-guns are readily available?

There’s a roaring trade in re-activating so-called deactivated military weapons in the seedier areas of the cities. Why go looking for an AYA No. 2, when a Glock is a couple of calls away?

I accept that there’s no way of going back to a simpler time, when everyone knew about guns, and understood that they are perfectly safe until they get into the wrong hands.

Prince Philip nailed it when he pointed out that a cricket bat, in the wrong hands, can be a murder weapon. A kitchen knife might have been a better example, but that wouldn’t have aroused the same frenzy among the liberal Twitterati – which I think HRH rather enjoys.

So I’m reluctantly resigned to locking guns and ammo away in multiple cupboards. It’s an unpleasant reality that there are more “wrong hands” in the world than there used to be.

However, I wish our most senior policemen could come to one of the many clay shooting clubs that have sprung up in the countryside. Come and have go on a Sunday morning, share a coffee and a bun with several hundred men, women and children, from all sections of the community.

Every single one of them will be armed to the teeth, carrying a lethal weapon and a couple of boxes of ammunition. And all of them perfectly safe. These, officer, are not the criminals you’re looking for.

“A well regulated militia being necessary to the security of a free state, the right of the people to keep and bear arms shall not be infringed.”

This is the 2nd amendment, United States Constitution.

For pro-gun Americans, these words guarantee the right to own a firearm. Those in the anti-gun crowd point to the words “well regulated militia” and say you only have a right to own a gun if you are part of a state sponsored militia.

At this point in history, the US Supreme court sides with the individuals right to bear arms. Our country is the result of farmers and shop keepers defeating the British Army, the most powerful force in the world at the time. Many in this nation still believe arms in the hands of ordinary citizens keep the government from becoming tyrannical.

When I was growing up, my dad taught my brother and me gun safety and responsibility at a young age, I was eight when I took the hunter safety course.

It was common to see a farmer in a pickup with a gun rack in the back window, a 30.30 on the top rung and an electric cattle prod on the bottom.

Shooting cans with a .22 rifle, and hunting quail and prairie chickens were popular pastimes when I was a teenager. We didn’t fear guns, we didn’t love guns, they were just part of life. In the part of rural America I live in, it is still that way today.

I believe the majority of US farmers would be opposed to the strict gun laws of the UK. I also believe many are like me and realize there are people who should be prohibited from ever touching a gun.

Most of us would tolerate stricter controls if we had faith our government would leave law-abiding people alone. What keeps our gun laws from getting tougher is a fear that slight restrictions on gun ownership today would lead to outright bans tomorrow. “When guns are outlawed, only outlaws will have guns”, is a popular slogan.

It seems common sense that the criminal element would still be well armed after the rest of us surrendered our guns. In many rural areas, the police can take a half hour or longer to respond.

Right to use lethal force

Hunting is popular, and guns are used for varmint control, but most of us consider the self defense aspect to be the most important reason to own a firearm.

In my state the law is very clear on your right to use lethal force if you feel your life is threatened in your own home.

I own a semi-automatic rifle and pistol for home defense, and three shotguns for both hunting and protection.

After the 2012 massacre of 20 children and 6 adults at Sandy Hook elementary school in Connecticut, many thought stricter gun laws were inevitable. That did not turn out to be true.

In Kansas, the state legislature has moved to loosen gun laws even more, citing the notion that the best deterrent to a bad guy with a gun is a good guy with a gun.

Firearms can no longer be banned from public buildings if there is not armed security. Soon, students will be allowed to carry on university campuses.

I agree with President Obama that mass shootings happen far too often in this country. I just don’t believe the entire answer is to make gun ownership more difficult.

The media blames the NRA, but the real reason sensible measures to keep weapons out of the hands of the unstable fail is the left’s attitude that the 2nd amendment is archaic and no longer applicable.

The President needs to chastise those on both extremes of the debate, not just the gun owners. The extreme elements on both sides drown out the majority in the middle.

What do you think about gun ownership and laws? Have your say by emailing: fwfarmlife@rbi.co.uk