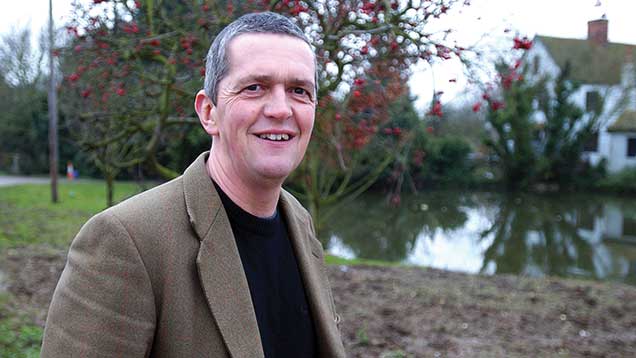 We are all rightly proud of our roots, but it is also true that some have to be more imaginative than others when it comes to extolling the virtues of their stamping ground.

I have the pleasure of farming the environs of Clacton-on-sea in north-east Essex. It’s easy to be rude about Clacton with jokes about the “Happy 30th Birthday Grandma” signs that get put up on the main roundabout as you enter the town or the “Harwich for the Continent; Clacton for the incontinent” graffiti at the A12-A120 Junction.

Having said all that, I have a soft spot for my home town. It has a straight-talking, if somewhat vulgar, unpretentiousness. You know where you are with Clactonites and they are not backward in coming forward.

So it was with some bemusement to see Clacton become the focus of the political world in September as it hosted a rather important by-election.

Clacton simply revelled in this new-found importance. And true to form it sent shock waves through the political establishment by overwhelmingly returning Douglas Carswell as the UK’s first UKIP MP.

We love being different, us Clactonites, but if the town proves a good testing-ground for taking the temperature of the body politic of the UK then the May 2015 election looks like being a heated affair.

Farming in the first UKIP constituency tends to focus the mind on the possibility of leaving the EU and running a farm business without the CAP. I’m not necessarily against the prospect, but I’m worryingly short of detail as to what the exact plans are if we leave the EU.

Would we retain support payments and would there be some sort of national cross compliance? Would we become like Norway or Switzerland by joining EFTA which, in turn, might mean we still get all or some of the red tape? Would we sign trade agreements with agricultural powerhouses like Brazil where the regulatory regime is much lighter?

It strikes me that, in the run-up to the General Election next May, British farmers will need to ask searching questions of politicians as to how a change in our relationship with the EU would affect agriculture.

We need to interrogate the agricultural policies of all parties to make sure we aren’t being fobbed off with half-baked bombast that, if implemented, could leave British agriculture at a significant competitive disadvantage.

The CAP is the most important policy in the EU. It takes over 40% of its budget. Love it or loathe it, it remains a vital part of the UK farming’s cashflow. In a year like this one with the prospect of some eye-watering low commodity prices, for most farms CAP support payments will represent their only profit.

So politicians must realise that when they are talking about CAP reform, they are drawing up plans that affect our livelihoods as farmers. CAP reform is not something to be undertaken lightly.

So when I hear Boris Johnson getting cheap applause at the Tory Party conference with throwaway remarks about scrapping the CAP I tend to think he is playing a little too fast and loose with what is the UK’s main manufacturing industry. We know what you don’t like Boris, but it’s worryingly unclear as to exactly what you do like.

British farmers aren’t necessarily frightened of farming outside the EU, but they are rightly wary of being sold down the river with policies that are short of detail and long on grandstanding.

Guy Smith
Guy comes from a mixed family farm on the north-east Essex coast. Situated on the coast close to Clacton-on-Sea, the business is well diversified with a golf course, shop, fishing lakes and airstrip. He is vice-president of the NFU