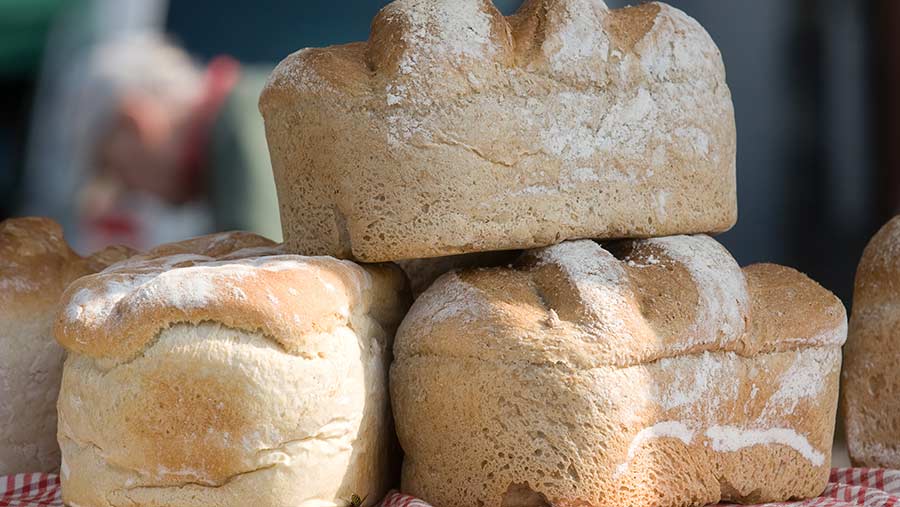 I love a good rumour. Have you heard? Kentucky Fried Chicken are breeding four-legged chickens.

Have you heard? West Country police are picking on muddy post-shoot Range Rovers and arresting passengers for being over the limit and in charge of a gun.

Have you heard? David Cameron says he a Conservative.

And what about this one: someone somewhere is thinking of banning metaldehyde. This is the funniest of the lot.

It’s bad enough losing methiocarb, but if we lose metaldehyde as a method of slug control – well, the consequences would be catastrophic.

See also: Why seed bags give me the hump

Take White Hill field. It was a fairly pathetic crop of oilseed rape this harvest, and we cultivated it thoroughly a couple of weeks after combining. We let it green up a bit and blitzed it with glyphosate.

It was drilled with Clare which had been treated with a slug-repellent coating, and rolled in the best conditions imaginable, and pre-em sprayed, just like in the text book.

I walked it almost daily, looking for slugs. There were none to be seen.

All that hard work doing everything we could to minimise the risk from slugs had been done – all except the pre-emptive strike of an application of pellets.

This was a relief. I hate slug pellets. I hate using a pelleting machine. I’ve got one, but I’m very happy to call in contractors to handle them.

I hate the way the slugs die a slow and painful death by dehydration – if slugs could scream, there’d be no sleep in the autumnal countryside.

If veggies knew this, of course, they would never touch bread. If I – and every farmer will agree with me – can get away without applying them, we will.

It then rained, and out of nowhere, a veritable biblical multitude of slugs appeared. It was time for panic.

I had enough pellets in the store, the contractor was available and, within 24 hours, the field was evenly littered with little blue pellets.

The next morning, the pellets were almost outnumbered by dead and dying slugs.

The wheat was saved – saved by metaldehyde. Ban it? Absurd.

Unfortunately, this ain’t no rumour. The Chemical Registration Directorate (CRD) is having a bit of a look at metaldehyde, worried about the purity of the nation’s water supplies and the hazard (as opposed to the risk – a new and important change in emphasis) posed by the chemical’s toxicity.

There’s a high chance (according to my agronomist) that metaldehyde might go the way of many things that are cheap and work, like FM radio and simazine.

We’ll be left with ferric phosphate, which is notorious for being in short supply and slow-working when you do get hold of some.

So slow that there would be no wheat in White Hill. Read that again, CRD: no wheat.

What can be done? There is already an email campaign going on, trying to point out to the CRD that metaldehyde is vital, that we really wouldn’t be using it if we didn’t have to, but we do have to.

We don’t just apply the little blue pellets for fun and because they look pretty, honest we don’t.

I did hear a rumour that the KFC boffins have teamed up with the GM experts and have bred massed ranks of two-headed ducks to dabble their way across the fields, hoovering up slugs by the thousands.

Mind you, that’s as true as the one about me being concerned for dead and dying slugs. A shame, really, because it would probably work.