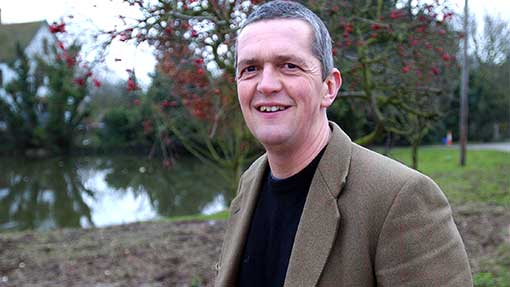 It’s a common story frequently reported in the media. A 30-something city trader, burnt-out from too many years speculating on the commodity and currency markets, decides to take up the stress-free simple life of farming.

The bit they never mention is that farming is increasingly turning into speculation on commodity and currency markets. This tale of retreat from the trading screens of the square-mile to the verdant fields of the countryside is actually a case of “out of the frying pan and into the fire”.

While it’s true that farming has always experienced cycles of good and tough times, what does seem to have changed is the speed at which the highs and lows seem to come and go.

“When we plant a seed or AI a cow, we have little or no idea what the final produce will be worth”

Since around 2007, the graph-lines that chart fluctuations in farmgate prices suddenly go from undulations to frantic troughs and peaks. It’s no exaggeration to say that over the last few years, when we plant a wheat seed or AI a cow, we have little or no idea what the final produce will be worth when we come to sell the outcome one or two years later. We seem to have entered the world of casino farming. Droughts, floods, Russian import bans, Russian export bans, a run on the pound – you name it, there seems to be a new crisis affecting commodity prices every other Thursday.

Markets, meanwhile, seem to react increasingly violently to what used to be inconsequential events. The Scots vote “no” which pushes up the pound and suddenly 10% gets wiped off not just the beef price but also our SPS payments. The civil war in Ukraine gets downsized and suddenly barley is worth 20% less. But then Dynamo Moscow lose to Chelsea in the football and the Russians decide to ban fruit and veg imports. And so it goes on. Suddenly we find ourselves wondering if Obama’s new haircut could have an impact on the price of spuds.

Obviously, some have developed strategies to counter this volatility to keep their farm businesses on an even keel. From signing long-term contracts with processors to selling on futures markets, there is now an array of brain-achingly complex tools to reduce the risk in farming.

I suspect, however, that most farmers are a bit like me, the only “hedge” they really want to be bothering with is the one that goes round the outside of the field and has blackberries growing in it.

Call us a bunch of dinosaurs if you like, but many of us are more comfortable selling spot at the live-mart or on the phone to the grain trader than we are buying convoluted options based on a “basket of currencies”. As for long-term contracts with processors and retailers, it seems to be the way forward, but when the spot price crashes you suddenly become aware of a host of small-print “get-out” clauses that render the contract worth less than the paper it’s written on.

So what of the future? Well, if I knew that I wouldn’t be sitting in my office tapping away on my laptop and would be spending my wealth on a yacht somewhere. If I was offered a farming super-power, it would be the power to accurately second-guess the markets.

Meanwhile, back in the real world, you wonder if this increasing volatility might attract the attention of politicians. As one round of decennial CAP reform closes and another one opens, what chance is there that the CAP in 2024 becoming more like the US Farm Programme system based on countercyclical payments rather than straight support payments?

Guy Smith comes from a mixed family farm on the north-east Essex coast. The farm is officially recognised as the driest spot in the British Isles. Situated on the coast close to Clacton-on-Sea, the business is well diversified with a golf course, shop, fishing lakes and airstrip. He is vice-president of the NFU