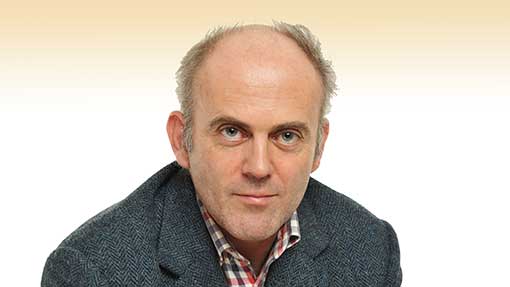 The Scots are for it and threatening to make an independence issue of it. I am referring, of course, to the Scottish government’s determined campaign to persuade first Brussels and then the Coalition government in Westminster to allow them to recouple ever more of their CAP budget to beef cattle and sheep.

Richard Lochhead, in an attempt to stabilise Scottish beef production, has already announced that he intends to introduce headage payments of £144 for each of the first 10 calves born on a farm, £97 for the next 40, and £48 for each calf born after that. If he can get permission to recouple another 5% of the CAP budget, NFU Scotland are suggesting that this money should be used to fund a £25 per ewe headage payment in Scotland’s rough grazing areas – which is Scotland’s largest farming region.

This campaign is highly political not only in terms of Scottish independence and its ability to protect its most vulnerable farm sectors from a production collapse free from English interference. It is also controversial in farming circles because English beef and sheep farmers now face the daunting prospect of having Scottish counterparts incentivised by a coupled subsidy to produce beef and lamb when they are not.

On my own farm, the addition of the beef payments proposed by Mr Lochhead would add £5,320 to the gross margin of my beef enterprise. With my sheep, an annual headage payment of £25 per ewe or teg would add £27,500 to the gross margin. In other words, if my livestock enterprises were based in Scotland rather that on top of the South Downs in England (and all other enterprise costs were the same), the gross margin would be £32,820 higher for being located north of an invisible political boundary.

In the medium and long term, such a difference will have an enormous impact on the relative levels of production in both England and Scotland; Wales is still dithering about whether or not to follow Scotland’s lead.

England, of course, remains uninterested in recoupling livestock subsidies. All three major UK parties are opposed to it and, remarkably, so is the NFU. This is despite the fact that the English Beef and Lamb Executive produce annual figures that show that even the most efficient beef producers lose money and that only the top third of sheep producers can hope to trade in the black; the average English suckler cow lost its keeper £236.72 last year, and the average English ewe lost its owner £12.65.

Ever since decoupling I have consistently argued that unless we reattach headage payments to red meat production we risk losing huge numbers of beef cattle and sheep from the English countryside. At least Scottish politicians and farm union leaders are awake to the truth of this.

It will be difficult to persuade Defra secretary Owen Paterson – a Tory right winger who makes no secret of his distaste for all farm subsidies – to introduce livestock headage payments – no matter how much red meat production falls. Although as the flooding of the Somerset Levels has proven, Mr Paterson’s view on a topic can be swayed by events.

Meurig Raymond is now NFU president and, unlike his predecessor, does at least know what it is like to farm beef cattle and sheep in a marginal farming area. So can we expect to see the union start to lobby the government for the recoupling of livestock headage payments? If tens of thousands of beef and sheep farms across England are to have a viable future the answer to that question has to be “yes”.