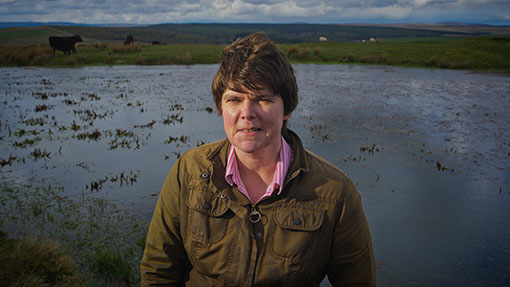 Even by recent standards of confused and contradictory reported advice on healthy eating, it has been a bumper couple of weeks.

A glance through the papers and the news channels has revealed warnings about: sugar, low-fat foods (because of harmful sugar), vitamin pills, meat, eggs, dairy products, farmed salmon, alcohol, vegetables grown in the ground rather than on top of it, and bread and breakfast cereal (because of the salt).

This frenzy of stories seems to reflect the publishing of a number of research reports together with the insatiable need for content from media outlets. I sometimes think that on breakfast television it would be better if they simply said: “And now for a summary of today’s press releases”.

If all these stories were accepted at face value, it wouldn’t leave much which could be eaten with a clear conscience except perhaps some lettuce and water. Saying that, we have recently been told not to drink our water (from a private supply on the hill) or even use it to clean our teeth without boiling it first. So that leaves my family munching lettuce.

As a livestock producer (and meat-eater), the most alarming headline of the week was “Diet high in meat, eggs and dairy could be as harmful to health as smoking”. Some extraordinary claims were reported in relation to this particular study. The one that made me choke on my cornflakes was the statement on television that people on a high-protein diet had almost double the risk of dying from any cause compared with vegetarians. Up until now I had assumed that the risk of dying for everyone (vegetarian or not) was 100%.

On further investigation, the headlines did not entirely reflect the underlying study, which indicated that the high protein eaters had a higher risk of dying under the age of 65, but after that they were actually more likely to live longer.

However, the whole thesis was countered very effectively in an article the next day in The Times headlined “No proven link between cancer and eating meat”. This described evidence from a mass study of British vegetarians that despite eating less animal protein and saturated fat, their rates of early death were exactly the same as meat-eaters. Somehow this didn’t seem to achieve equal coverage with the original claims – particularly not on television.

It is difficult to know how much effect this publicity has on demand for our products. My suspicion is that the sheer volume of contradictory studies means the general reaction of the public is to shrug and ignore anything which doesn’t accord with their personal preferences. Nevertheless, it is important that misleading headlines are challenged or consumers may be unnecessarily alarmed.

Of course, livestock farmers are as worried as anyone else about what they eat. I have received reports of grumbling about the quality of food at certain Northumbrian livestock marts in the past few weeks. On a recent sale day in one mart it was claimed that the quality of the dumplings had hit a new low. Inevitably, a visiting Yorkshireman opined that things were much better in his home county. On the plus side, another farmer declared that the food at a rival mart is far worse.

But all this was put into perspective by a gentleman recalling the unrivalled reputation of the long-defunct Morpeth Mart canteen. About 40 years ago he had gone to see his doctor because he was feeling unwell. Drawing on all his training and experience to go down a checklist of possible causes, the doc kicked off with: “You haven’t been eating at Morpeth Mart, have you?”